REACHING THE PUBLIC also means that the public reaches you. My mail ranges from fan mail to hate mail. But there is a special kind of letter that bothers me more than the most idiotic obscenities. That is the letter from some teenager (or younger) who is writing because his school has led him to believe that he ought to have opinions on some issue or other -- and ought to express those opinions to strangers he has read about and expect those strangers to take up their time discussing his opinions. 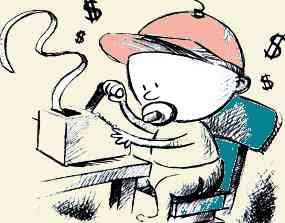 A single word in a recent letter from a 15-year-old boy epitomized what is so wrong with such premature presumption. He said that American military leaders "over-estimated" the casualties that would have resulted from an invasion of Japan in World War II, so that we were unjustified in dropping the atomic bomb instead.

This particular issue is not the point. The point is that people expect to have their opinions taken seriously just because these are their opinions.

Here is someone with no military training or experience, much less achievements, blithely second-guessing General Douglas MacArthur, who served in the military more than twice as long as this kid has been in the world. Here is someone in the safety and comfort of a classroom issuing pronouncements about assessments made by someone who fought on the battlefields of two world wars and left a record of stunning victories with low casualties that have caused him to be ranked among the great military minds in history.

If this were just one kid who has gotten too big for his britches, then it would only be a small part of the passing parade of human foibles. But school children all across the country are being encouraged or assigned to engage in letter-writing campaigns, taking up the time of people ranging from journalists to congressmen and presidents. Worse, these pupils are led to believe that having opinions is more important than knowing what you are talking about.

Few things are more dangerous than articulate superficiality. Glib demagogues have been the curse of the 20th century and tens of millions of human beings have paid with their lives for the heady visions and clever talk of political egotists. Yet the danger is not that a particular child will follow in the footsteps of Lenin, Hitler or Mao. The danger is that great numbers of people will never know what it is to know, as distinguished from sounding off.

They will be sitting ducks for the demagogues of their times.

If our so-called educators cannot be bothered to teach our children knowledge and logic, they can at least refrain from undermining the importance of knowledge and logic by leading students to believe that how you feel and express yourself are what matter.

It takes considerable knowledge just to realize the extent of your own ignorance. Back in 1982, when I began an international study of peoples and cultures, I planned to write a chapter on India. It was only after reading books about India, visiting India twice and talking with Indian scholars, officials, businessmen and journalists that I realized what a monumental job it would be to write about this vast and complex society.

Although my study took 15 years and resulted in 3 books, there was no chapter on India. I realized that I didn't know enough to write one.

Assigning students to write letters and papers on vast topics is training them in irresponsibility. It is putting the cart before the horse. There will never be a shortage of ignorant audacity. What is always scarce is thorough knowledge and carefully reasoned analysis, systematically checked against factual evidence.

Our education-is-fun approach is setting up the next generation to be patsies for any political manipulator who knows how to take advantage of their weaknesses. Educators who are constantly chirping about how this or that is "exciting" ignore the reality that education is not about how you feel at the moment but how well the young are being prepared for the responsibilities of the future.

Classroom letter-writing assignments are not just silliness. They are a dangerous betrayal of the young and an abdication of adult responsibility by self-indulgent