THEY SAY FAITH CAN MOVE MOUNTAINS. It has certainly moved mountains of evidence beyond the view of those who think that special prosecutor Kenneth Starr is just out to get the president for partisan reasons. Let us look at some of those mountains.

First of all, Starr's investigation has turned up enough evidence to get more than 20 felony convictions -- not from partisan Republicans, but from a jury of ordinary citizens in heavily Democratic Arkansas that elected Bill Clinton governor twice. These include felony convictions against media martyr Susan McDougal, who refuses to say either "yes" or "no" as to whether Bill Clinton was in on the fraudulent deal that got her convicted -- and which benefited the joint venture of the Clintons and McDougals in the Whitewater land deal. 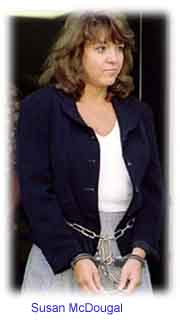 Incidentally, Susan McDougal, this Joan of Arc in the media, is also under indictment for embezzlement in California -- and not by Kenneth Starr.

The felony conviction of Webster Hubbell was not imaginary either. Nor were the hundreds of thousands of dollars that suddenly appeared out of nowhere -- or his subsequent memory failure when time came to provide the evidence he had promised in exchange for a lenient sentence.

Vernon Jordan is not a figment of anyone's imagination either. Nor are his extraordinary good deeds for Webster Hubbell and Monica Lewinsky, when they became potential witnesses against his buddy in the White House. Inexperienced Monica was offered a $90,000 job.

Vernon Jordan is a lot more important than Monica Lewinsky, even though the media have overdosed on her. Whether Jordan was, in effect, paying off witnesses to keep them quiet is a far more important question than what Clinton and Monica did or didn't do in the Oval Office.

It was also not a figment of anyone's imagination that the death of White House counsel Vincent Foster came on the day that the first subpoena was issued in the Whitewater investigation that led to all the felony convictions.

Nor is it something that Kenneth Starr or anyone else made up that White House aides spent hours ransacking Foster's office before law enforcement officials arrived to investigate, despite being specifically asked to leave everything as is.

Phone records show that it was not anyone's imagination that those who were ransacking Foster's office were also making multiple phone calls to Hillary Clinton over a period of hours, ending after midnight. It is also a matter of record that none of those aides could remember anything that was said in those phone calls when they were called to testify under oath.

It is not imaginary that confidential FBI files on hundreds of Republicans were illegally in the possession of a White House aide and former bouncer. Mass amnesia also struck the White House when the question was raised as to who hired this man, much less what he was doing with those files.

The people who illegally gave big bucks from foreign countries to the Clinton re-election campaign and then fled the country or took the Fifth Amendment are also not imaginary. They are another mountain that has been moved by faith beyond the view of the faithful.

The Chinese nuclear missiles that now have American technology to make them more accurate -- courtesy of Bill Clinton's overruling military experts -- are neither imaginary nor just something from a Kenneth Starr fishing expedition. God forbid that Americans should ever learn from experience how real those missiles are.

The Chinese government has already boasted publicly that their missiles can reach cities in the United States. They certainly got their money's worth from their illegal financial contributions to Clinton's political slush fund. To Clinton, it was probably just another day at the office, collecting money and doing favors in return, leaving it to others to worry about the long-run consequences for the