THE ALICE-IN-WONDERLAND QUALITY of discussions about the investigation of Bill Clinton is nowhere better illustrated than in the moral outrage expressed in the media against Linda Tripp for having secretly taped Monica Lewinsky. Many of those who work themselves into a sweat over this show nothing like the same outrage at the attempt to get Ms. Tripp to commit a felony to protect the president. 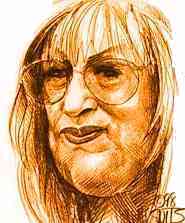 Neither your life nor my life, nor the future of this country, will be affected in the slightest by whether Linda Tripp is naughty or nice. But if any president is able to commit crimes with impunity by using the vast powers and perquisites of his office to cover up, then we will have a danger of corruption and abuse of power that can only grow with the passing years and generations.

Those who wrote the Constitution of the United States understood this all too well. That is why they limited the powers of government and then split up those limited powers among three different branches -- making sure that nobody in any of these branches was above the law.

Those limitations have already been dangerously eroded over the past few decades. All we need now are some new presidential "privileges" to be created out of thin air to begin knocking down some of the last remaining barriers to irresponsible power.

Even Bill Clinton is not the real issue. He will be gone in a couple of years. But, if he leaves behind a blueprint for frustrating all attempts to apply the law to the president, this poisonous legacy will come back to haunt us all -- and our children.

The orchestrated hysteria over having Secret Service agents testify under subpoena is a classic example of misplaced priorities. If you believe the White House spin-masters and their media allies, obtaining such testimony can put the lives of future presidents in danger.

We are not talking about having Secret Service agents testifying about overhearing national policy discussions or international negotiations. Nobody wants that and no court would stand for it.

But neither has a single judge bought the phony argument about a Secret Service "privilege," even though this claim has gone all the way up from the trial judge to the Court of Appeals to the Chief Justice of the Supreme Court.

Senator Orrin Hatch has agreed to look into whether such a privilege should be created by Congress. He was right to do so but there is a lot to think about before actually creating such a privilege.

The real dangers to the president are out in public -- and any misdeeds committed in public that the Secret Service could testify about could be testified about by anybody else on the scene.

This whole issue has never come up before in more than two centuries and with more than forty presidents. This is the first president to testify in a criminal indictment. Let us hope he is the last.

If this issue comes up once every 200 years, why the hysteria? We ought to be far more worried about what will happen to this country if future presidents need not fear the law.

Clinton has already demonstrated how witnesses can be bought off, scared off and smeared in the media, not to mention how subpoenaed documents can "disappear" and how mass amnesia can afflict White House aides when they are called to testify under oath. Do we also need to create a formal legal exemption for others in the White House?

The dangers to this country need to be weighed alongside whatever dangers a president might choose to inflict on himself to avoid having the Secret Service see or hear something damaging.

And here we are worrying about Linda Tripp, whose testimony we don't even have to rely on, because her tapes are the real