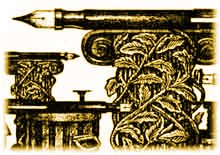 (JWR) --- (http://www.jewishworldreview.com) WHEW! PRESIDENT CLINTON still has no "love child," and I still have a career in journalism.

A DNA test paid for by the Star tabloid excluded the president as the father of 13-year-old Danny Williams. The teen is the son of Bobbie Ann Williams, a Little Rock prostitute who claimed that the president had fathered her son during paid sex sessions in 1984.

Bobbie Ann's tale was one of those Little Rock legends that has haunted the untamed border regions of the mind of the political press. Mine more than most.

In 1994, as an investigative reporter for the American Spectator, I obtained Bobbie Ann Williams' videotaped "confession." My notes of the tape describe her as "addled" and her speech as "slurred," but that's unfair to crack addicts: The noddy, scratchy, mumbly woman on that tape looked like a junkie to me. No reporter of sound mind would have gambled his journalistic reputation on an unauthenticated tape of this woman.

While she provided much detail on the tape, some of it superficially plausible, she was guided through her tale by an interviewer asking friendly, then-what-happened? questions. There was no tough cross-examination.

I was unable to interview her directly. After being told that the Spectator did not pay for stories, her "handlers" refused to make her available. The tape, incidentally, did not come from the handlers, but from a different (still confidential) source.

I'd like to say that I never believed her story for a minute, but actually my initial, unsupported hunch was that her tale was true.

At the same time, I never believed the story was journalistically solid or publishable. (Nor, incidentally, did David Brock, who, since an ideological rebirth, has come to remember himself then as an unscrupulous, partisan executioner without journalistic standards.) To my relief, we never reached the point of having to decide whether the story merited publication if true. Part of the reason it was unpublishable is inconvenient for Hillary, Sidney, and Salon magazine's vast right-wing conspiracy theorists.

Williams alleged that her encounters with Clinton had taken place in 1984. On the tape, she described two different state limos driven by a state trooper to transport her and Clinton along with two other prostitutes she identified by name to a country house for parties. These weekend revels were graphically detailed, or, it now seems, concocted.

L.D. Brown, an Arkansas State trooper who was the main source for an article I was then working on about efforts by the Clinton machine to deter and punish revelations about his extramarital adventures, was on Clinton's security detail in 1984, at the time of the alleged sessions with Williams. The two state cars she described did not match any in the governor's fleet at the time, according to Brown. Brown himself had never laid eyes on Williams nor heard anything about her from Clinton or other troopers at the time. In short, he didn't buy the story. And after some additional fruitless inquiries (I verified the existence of one of the other prostitutes Williams had named, but her parole officer declined to let me interview her), neither did I.

If my name had been linked in 1994 to the Bobbie Ann Williams story before I had been able to test her claims, let alone weigh the merits of publishing, I would have been mortified --- and mad as hell. At the same time, if he deserves professional burial, he does not deserve it for his latest false start. Yes, he embarrassed the Star, no small feat, and, even more, himself. But in this case, he was not unfair to the president, if only because he was reporting on an impending DNA test, which would quickly and unambiguously falsify Bobbie Ann Williams' claims if the president was not the father.

Some assumed that because Williams' story fit an oft-substantiated pattern of behavior by Clinton, it must be true. Clinton's defenders routinely make the opposite and equally false assumption, that because some charges of presidential misconduct haven't panned out, all the charges must be bogus smears by gold-diggers or Clinton haters. The White House is already preparing to claim an expected Senate acquittal as a blanket vindication of the president and a sweeping verdict of historical guilt against the president's accusers.

My advice? Be inductive, not deductive. Read the terms in the left side of the equation before reaching conclusions about the sum in the right side. Hunches and preconceptions are often wrong. That's what investigations are for. Hookers from Little Rock may tell lies. So may chief executives from Little Rock. Quaint advice, I know, but worth remembering. Take it from a guy who is not the father of an illegitimate love-child


Daniel Wattenberg writes regularly for The Weekly Standard and is a contributing editor for George.