He claimed responsibility for Rwanda, so why isn't Bubba stopping Serbian genocide?

It was a very emotional meeting. I was the only reporter allowed in the room -- I was "pooling" all my reporting with my colleagues -- and I took careful notes about how stricken the president appeared. 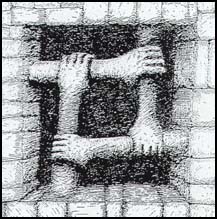 Although he did not formally apologize for the United States' lack of action in trying to prevent the slaughter, Clinton did shoulder some of the blame.

"We come here today partly in recognition of the fact that we in the United States and the world community did not do as much as we could have and should have done to try to limit what occurred in Rwanda," he said.

And later, he added: "We did not act quickly enough after the killing began. We did not immediately call these crimes by their right name: genocide."

He promised to do better in the future.

Well, the future is here.

And, so far, Clinton is not doing much.

In Kosovo, the Serbian military and police forces are using tanks and artillery to slaughter the ethnic Albanian civilians there.

And this week, our own State Department called what the Serbians were doing "ethnic cleansing."

I called the White House to get its reaction, and I was told that the White House prefers to use the term "human rights violations" to describe what the Serbs are doing but that it "would not argue" with the term "ethnic cleansing."

None, if you are on the wrong end of that tank or artillery piece.

But if you are Bill Clinton and have promised to act more quickly in the future to prevent things like genocide and ethnic cleansing, then people wonder when you are really going to do something in Kosovo.

At a press conference Tuesday, all Clinton would say was that he would support a U.N. resolution calling for "all necessary means to try to avoid ethnic cleansing and the loss of human life" in Kosovo.

But considering his State Department says that ethnic cleansing is already occurring, that statement makes Clinton look somewhat behind the curve.

"This is a very thorny problem," Clinton said.

It is thorny, because Clinton doesn't really want to send U.S. troops to Kosovo, which is a region of Serbia bordering Albania, to stop ethnic cleansing or genocide or anything else.

We are already slowly withdrawing troops from Bosnia, and having escaped any major disasters there, Clinton does not want to press his luck, even though both the Republican and Democratic leaders of the Senate say U.S. troops may be necessary in Kosovo.

NATO is studying a military option in Kosovo, but the British, who also sent troops and took losses in Bosnia, favor air strikes rather than ground troops.

Bill Clinton might agree to that. But air strikes, as recent history has shown, are not much good against hidden artillery sending shell after shell into towns and villages.

But what is Clinton to do?

On the one hand, he got all choked up when talking about how the United States had to move more swiftly and effectively against innocent people being slaughtered.

On the other hand, he really doesn't want to risk the fallout, political and otherwise, of getting American troops bogged down in a conflict far from home.

"This is a very thorny problem," Clinton said.

Which, so far, is what the people of Kosovo can expect from us: empty words, not effective