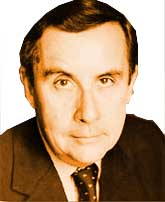 Why does the U.S. respect China more than Japan and India?

PARIS -- In 1792 King George III sent an ambassador to the Emperor of China, a certain Lord Macartney, to demand that China end its restrictions on Britain's China trade. Lord Macartney was escorted to the Manchu summer capital under banners proclaiming that he and his entourage were foreign ``Tribute Bearers.''

President Bill Clinton will shortly arrive in China under what amount to the same banners, since he intends to be received by Chinese officials in Tiananmen Square.

Neither Mr. Clinton nor his staff seem to grasp that after the bloody suppression of Chinese dissenters in Tiananmen Square nine years ago, and the subsequent international campaign of reprisals against China led by the U.S., the symbolism of an American president's appearance there is what Chinese in the past would have described as performing a kow-tow. Webster defines this as ``the prostration made by kneeling and touching the forehead to the ground...by way of homage, worship, or deep respect.''

Mr. Clinton says he should not dictate to China's leaders how they receive him in their country. However Lord Macartney, when he was received by the Chinese Emperor in August 1793, stiffly refused the protocol kow-tow, informing the Emperor's officials that he represented a sovereignty whose representatives knelt to no foreign authority.

Mr. Clinton, too, could just say no, very politely: suggesting that the Chinese government will understand that the arrangement they propose is inconvenient. The Chinese would understand. An important message would have been conveyed, and received.

When one says this to Clinton administration officials, they reply, ``But what if the president says something important at Tiananmen Square about human rights?'' It is clear that the president intends to make such a statement. This means that the president and his associates are convinced that their ability to manipulate press and public opinion outstrips that of the Chinese, even when speaking inside China itself, to the Chinese and Asian audiences.

This is extraordinarily rash, or naive, and is based on their experience of manipulating the American press and television, at which they have been very good indeed.

However China, and Asia in general, is politically and morally light-years from self-absorbed and media-obsessed Washington. It is pure hubris for Mr. Clinton's people to think that in the places where it counts most for America's influence in Asia, the Chinese will not be able impose their own interpretation of the concession Mr. Clinton makes to them by participating in a ceremony at Tiananmen Square.

I do not write this as someone who thinks China should be isolated, even if that were possible. The United States should have correct, ``normal'' relations with China. I sympathize with the Clinton administration's resistance to subordinating political and commercial relations with China to Congress's erratic if persistent efforts to dictate how other states should conduct their internal affairs. The administration's business-driven China policy may not be very edifying, given Washington's proclaimed commitment to global human rights, but such is American Realpolitik. Telecommunication satellite and other high-technology sales to China are big money. Manufacturing there profits U.S. investors. But the kow-tow is a grave error even as part of a policy of commercial, or politico- commercial, ``realism'' with respect to China.

The unwillingness to be candid with China makes a striking contrast to Washington's determination to bend Japan to its will. In recent months, and in certain respects over several years, there has been a drumbeat of American demands that Japan change its economic, fiscal, and commercial policies, and even that it change its domestic economic system.

For many Japanese, what in the 1980s, when Japan's economy was a great success, was taken as a legitimate conflict with the U.S. over economic ideas and priorities, today seems an intolerable set of pressures by which the United States wants to dictate economic terms of Asian sacrifice for the sake of American prosperity -- while having its own improvidence financed by Japan's purchases of U.S Treasury bonds.

The result has been an important rise of anti-Americanism in Japan, and emergence of a significant revisionist current of thought with respect to the second world war and its leaders, formerly condemned as war criminals.

Japan's history demonstrates that it is capable of abrupt and profound reversals of national direction -- as happened in 1945, after defeat, and before that in the Meiji Restoration of 1868 (inspired by anti-foreign sentiments).

Why is China more worthy of Washington's respect and attention than Japan? There is no comparison between the two as present -- or future -- Asian powers.

Why should India, a democracy, which considers China a military threat, have been treated with such indifference or even hostility in Washington (since long before the Clinton administration) that it decided this year to exercise its nuclear option, enormously increasing the military stakes in its border rivalries with both China and Pakistan?

How are Asian policy priorities set in Washington? Why is China given deference, Japan scornful criticism, and India America's condescension? America's own voters are owed an answer to this, quite as much as those Asians who are affected by Washington's policies -- and