When homework is a dirty word

THEY TRY TO MAKE IT MORE FUN. They try bribery with extra recess time or candy. They promise not to count it toward the final grade. But nothing seems to work. Kids are not doing their homework.

So says a report in The Washington Post, reinforcing a series of teacher surveys conducted in the last few years. "Homework is a dirty word," one teacher told the Post. And parents, she added, seem to be unwilling to stand over their children and command them to do it. 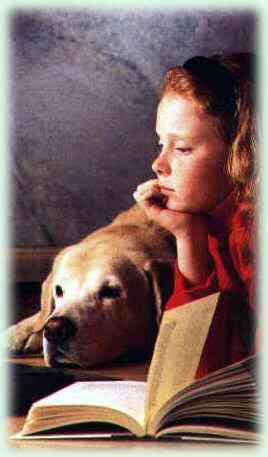 A suburban Washington high school teacher estimated that in a class of 30 students, about six or seven would turn in homework assignments that they had actually completed. The rest either turned nothing in or copied another student's.

Defenders of American public education typically shift blame for the poor performance of students to parents. If parents would support what goes on in the classroom, the argument goes, if they would require their children to do their homework, scores would rise, and outcomes would improve.

There is certainly truth in this judgment. Parents are less inclined to support teachers -- whether in matters of discipline or academics -- than they once were.

But is that the whole picture? Teachers also point to the number of two-earner couples as part of the problem. Parents are so tired when they get home at 6:00 or 7:00 in the evening that they don't have the energy to supervise homework.

Perhaps, though, there is always time for the priorities in life. My parents both worked throughout my childhood -- and my mother cared for her own aged mother. But when she got home at 5:00 or 5:30, she would ask us about our day and then insist that homework be finished before we were allowed to watch television. If that meant time ran out for TV before bedtime, so be it.

As Arthur Laffer has observed, "Some people prefer complicated error to simple truth."

One of the simple truths that teachers rarely mention is that schools are demanding less and less of children. In his book Inside American Education, Thomas Sowell describes the "dumbing down" of the public school curriculum. He cites a well-known history textbook that was revised for use by high school students. Words like "spectacle" and "admired" were eliminated as "difficult."

Contrast that with the McGuffey's Readers, in widespread use a few generations ago.

McGuffey's First Reader, for example, contained diacritical marks to indicate the pronunciation of vowels and the emphasis of syllables. McGuffey's Third Reader contained words like "benighted" and asked questions like "What is this species of composition called?" McGuffey's Fourth Reader included selections from Longfellow and Hawthorne.

These texts were for the masses, Sowell stresses, not the elites. Their use was so widespread between the years 1836 and 1920 that they sold 122 million copies, second only to the Bible in sales.

The high standard of McGuffey's Readers was just one example of what was once expected of youngsters. Sowell also cites an eighth-grade graduation test given to Kansas students in the early years of this century that required them to spell words like "elucidation" and "animosity" and required them to define "zenith" and "panegyric." They were also required to find the interest earned on a $900 note, at 8 percent, after two years, two months and six days.

Today, many high school students do less than 15 minutes of homework per night. And the trend continues into college. According to the Chronicle of Higher Education, only 27 percent of college freshmen had checked a book out of the library in four years!

Why must teachers resort to bribery and subterfuge to get kids to consider homework? Because there is pressure from administrators not to give too many failing grades.

The result? Very few kids are flunked out -- and the system as a whole is