The truth about women and work

IT WAS MICHAEL KINSLEY who observed that a "gaffe" is when someone blurts out the truth. If so, Joyce Purnick, metro editor of The New York Times, has just committed a big one.

Delivering the commencement address at Barnard College, Columbia University, Purnick meant to be personal but found herself knee-deep in the political.

As someone who made a choice, albeit a passive one, to forgo having children, she 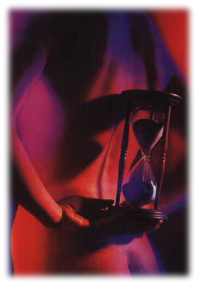 advised the women graduates to think hard about it. "Don't pretend you don't have a biological clock," she cautioned, "because you do. ... Time moves along -- and then, the window closes."Purnick herself expresses regret that she did not plan for children when she was younger. As it was, by the time she recognized that having children was important to her, life events intervened, and then, it was too late.

At the same time, she is convinced that not having children made her career success possible. Being metro editor is a 12-hour-a-day and sometimes seven-day-a-week job. It demands full devotion, which she happily offers. But it was because she was free of family obligations that she could dedicate herself so fully to the Times.

"There is no way in an all-consuming profession like journalism that a woman with children can devote as much time and energy as a man can," she told the graduates. "If I had left the Times to have children and then come back to work a four-day week the way some women reporters on my staff now do, or if I had taken long vacations and leaves to be with my family or left the office at 6 o'clock instead of 8:00 or 9:00 -- I wouldn't be the metro editor."

With these seemingly innocuous words, Purnick found herself in a mini-maelstrom. London's Guardian newspaper characterized her speech as "a blow to women's hard-won equality in the workplace." An editor at Working Woman magazine pronounced herself "appalled." And the women at the Times were so upset that Purnick had to arrange a special meeting to mend fences.

Not everyone reacted with dismay. At Barnard, the speech was a major hit. The graduates themselves warmly applauded the address, and several professors expressed pleasure that someone had been honest with the girls for a change.

The women who carp when someone states the obvious -- those who make it a scandal to notice that mothers don't put the same energy into their careers as non-mothers -- need a cold splash of reality in their faces. The reality is simply this: A woman's life is not a man's life. We often want different things and choose different paths. It is rarely male-imposed discrimination that causes the careers of women to differ from men's but the choices women themselves make.

Purnick refers in her speech to the occasion when a top editing job was offered to 14 different women, all of whom declined it, citing family obligations. The job went, at last, to a man. Lesson: You cannot simply count the number of women in the highest echelon jobs in any company and then conclude that discrimination must account for any statistical disparity. There are other factors at work.

Women have fought to achieve career success and to be taken seriously. But at the same time, some who are attempting to balance career and children are now pretending that when they heed that other part of their souls -- the part that craves time with children and home -- nothing is lost. That's not reality. Someone in the workplace always picks up the slack that is left by mothers who rush off to deal with a baby-sitting crisis or who customarily leave at 5 p.m.

That doesn't mean that the mommy track is the wrong choice, only that every choice has costs. What you sacrifice in career advancement, you gain in the much less measurable realm of personal happiness -- to say nothing of the ultimate gratitude of children.

The Purnick speech and the reaction to it are part of a major re-evaluation of feminist dogma that is taking place in America. Even Barnard, a feminist bastion, can now calmly absorb the idea that women must plan their lives more carefully than men, not because the patriarchy oppresses them but because they want different things from