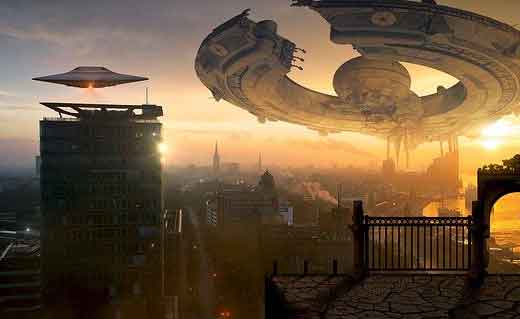 WASHINGTON - The Pentagon has created a new intelligence division exclusively dedicated to investigating unidentified objects that breach sensitive U.S. airspace, to understand both their origin and whether they could threaten national security.

Announced late Tuesday night, the new division - which the Defense Department will call its Airborne Object Identification and Management Synchronization Group - is a direct response to more than 140 reports of "unidentified aerial phenomena," or UAP, dating back nearly two decades and documented in a government study issued this past summer. That inquiry, intended to determine whether such sightings were signs of foreign threats, atmospheric anomalies, faulty sensors or even extraterrestrial life, yielded a report with few firm conclusions.

The group's formation was directed by Kathleen Hicks, President Joe Biden's deputy secretary of defense. In a statement accompanying Tuesday's announcement, defense officials said the government study made clear a need "to improve our ability to understand UAP." The Pentagon treats reports of such "incursions - by any airborne object, identified or unidentified - very seriously," particularly sightings occurring "on or near DOD training ranges and installations," it said.

Before the UAP report, produced by the Office of the Director of National Intelligence, public scrutiny of such sightings was largely anecdotal, shrugged off in many circles as fantastical. But many of the observations it documented originated with U.S. military personnel, mainly Navy aviators. And there has been pressure on the Pentagon since, especially from Capitol Hill, to come up with more exacting and comprehensive answers about what these objects are and whether they pose a threat to U.S. interests.

The report released in June presented multiple possible explanations for what the source of these unidentified objects could be. Three of the categories - space junk, climate or atmospheric idiosyncrasies, and classified aircraft tests by U.S. contractors - posed no critical threat to the United States, though the authors did not rule out that such objects could pose other potential dangers to flight safety.

A fourth category suggested that the unidentified objects could be evidence of advanced technology operated by foreign adversaries.

The government report from June left open the possibility that there are "other" explanations for the observed unidentified phenomena, though its authors were careful to note they found no evidence of alien life.

A task force that had led the Pentagon's efforts to understand UAP will be replaced by the new airborne object identification group, which will function under the authority of the undersecretary of defense for intelligence and security, the Pentagon's statement said. The group's mandate will include not only collecting intelligence and counterintelligence data but offering solutions for any threats that such objects may pose. Its director - who has not yet been named - will recommend what personnel and other resources are needed.

A separate oversight counsel, made up of officials from the Defense Department and intelligence community, will scrutinize the group's work.