Israel and Turkey's leaders meet at U.N. after years of tension 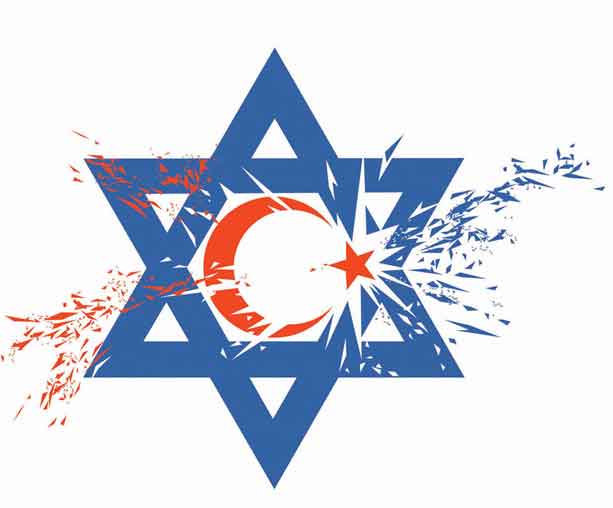 TEL AVIV — Israeli Prime Minister Yair Lapid met with Turkish President Recep Tayyip Erdogan on the sidelines of the U.N. General Assembly on Tuesday, thawing a 14-year chill and heralding hopes of collaboration fueled by the possibility of exporting natural gas to an energy-desperate Europe.

Lapid's office said that Tuesday's meeting in New York was the first face-to-face encounter between leaders of the two countries since 2008 and that they discussed "economic and energy cooperation."

A month ago, Israel and Turkey announced a full restoration of diplomatic ties and exchange of ambassadors, a development that Lapid described as "an important asset for regional stability and very important economic news for the citizens of Israel."

Turkey, the first Muslim country to recognize Israel as a state and, before 2008, one of its strongest allies in the region, has over the past decade and a half intensely challenged Israel over its treatment of Palestinians. Erdogan has repeatedly made parallels between his own democratically elected Islamist party and Hamas, which rules the blockaded Gaza Strip, calling it "a resistance movement that defends the Palestinian homeland against an occupying power."

Turkey's increasing criticism of Israeli treatment of Palestinians caused diplomatic tumult. In 2010, Ankara recalled its ambassador after an Israeli naval commando raid on a Gaza-bound aid flotilla resulted in the deaths of 10 Turkish activists. Tensions again boiled over in 2018, following bloody protests on the Gaza border provoked by President Donald Trump's decision to move the U.S. Embassy to Jerusalem, and Turkey and Israel recalled their respective ambassadors.

But the tide has turned in recent months, as Israel, exploiting its recently discovered offshore natural gas sites, seeks to export billions of cubic meters to a European market seeking to wean itself from Russian supplies.

Israeli gas is part of a global, patchwork energy strategy being forged by European leaders looking ahead to a potentially difficult winter. Russia's pipeline gas today makes up 9 percent of all imported gas to the European Union, compared with 40 percent before Moscow's invasion of Ukraine.

As part of this effort, European Commission President Ursula von der Leyen signed a deal with Israeli and Egyptian leaders in June that will enable Israel to pipe natural gas to Europe via Egyptian liquefaction facilities.

As a result of the diplomatic strain, Ankara abandoned talks years ago to build an underwater natural gas pipeline linking Israel to Europe via Turkey.

But Erdogan called a visit to Turkey in March by Israeli President Isaac Herzog, the first in over a decade, "an opportunity to revive the cooperation on the topic of energy that began before."

At his speech before the General Assembly on Tuesday, Erdogan highlighted energy as a priority in Turkey's foreign policy.

"Turkey has always looked at energy as a field of cooperation rather than competition," he said. "In addition to our own needs, we have implemented many projects that support regional and global energy security."