Why officials from Colorado to Texas to D.C. are trying to protect lemonade stands 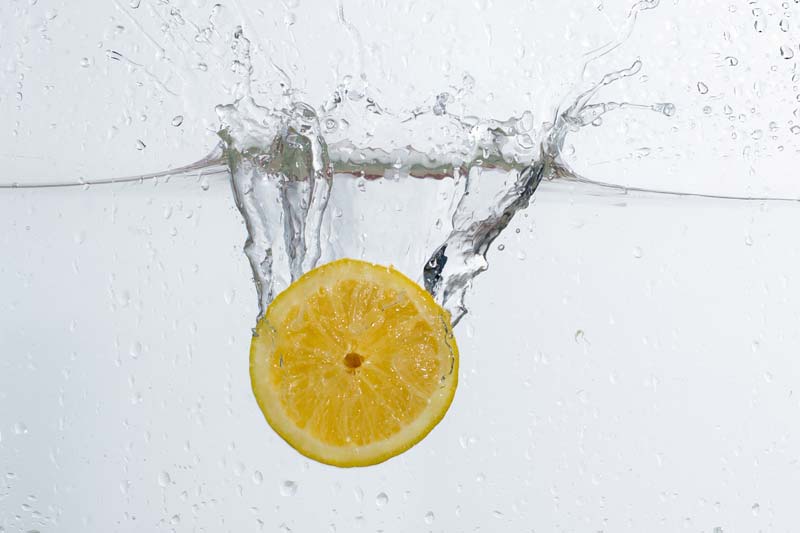 The Sunday of Memorial Day weekend 2018 was beautiful in Denver, and Jennifer Knowles thought it would be a great time for her kids to start a lemonade stand. Her sons, then ages 6, 4 and 2, had been begging to participate in this long-hallowed rite of passage. Knowles was happy to give them a firsthand lesson in entrepreneurship and even helped pick out a charity to donate the proceeds to.

All was going well for the first few hours after they set up shop in a public park across the street from their house. The three boys divvied up jobs: Ben, the oldest, manned the cash register - charging a dollar for two cups - while Jonathan, the youngest, assumed the title of "official taste-tester." William, the 4-year-old, took on the role of greeter, beckoning customers to their stand - and when two police officers approached, he dashed toward them offering up some pale-yellow concoctions. "He had a huge smile on his face," Knowles told me.

But the officers were not there to buy lemonade. They told Knowles and her kids that someone had complained, and they were going to have to shut down their operation because of a lack of permits - they needed at least three different ones, at a cost that would have been about $300. William's "huge smile turned into a huge frown," Knowles recalls. "So we packed up our materials, marched home, and everyone burst into tears. My kids didn't even know what a permit was."

Little did she realize that she and her kids had waded into the Lemonade Stand Wars - a minor political battleground created by a precious childhood ritual. After their run-in with the police, Knowles did some research and discovered instances of lemonade stands being shut down in Oregon, Georgia, Iowa, Nevada, New York, California - the list goes on. She contacted her local council member, who agreed to help change the law in Denver.

They modeled their bill - which does not distinguish between public and private property - after one that passed in Austin, Texas, in 2017. A similar law recently went into effect in Texas; New York is considering one as well. And this past July, a Washington, D.C., Council member introduced the Lemonade Stand Amendment Act of 2019, which, according to the bill's official summary, "exempts minors from a mandatory business license when operating a small-scale business." All 13 council members signed on as co-introducers.

Whether such legislation is always really necessary is far from clear. In D.C., there is already a licensing exception for activities such as kids' lemonade stands. And a spokesperson for the District's Department of Consumer and Regulatory Affairs told me that the agency has not ticketed any lemonade stands.

Council member Brandon Todd, the bill's chief sponsor, has said that his bill was not prompted by any specific incident. Rather, he was moved to act after hearing of shutdowns elsewhere in the country. Moreover, Todd said in a statement that the goal of his bill, which applies more broadly than just lemonade sales, was "to expand entrepreneurial opportunities for children" by extending the number of days a minor can be in business from 30 to 100.

Country Time, the powdery source of many a lemonade stand, has also stepped in to help pint-size entrepreneurs with an initiative called Legal-Ade that pays fines and covers the cost of permits up to $300. According to brand manager Eric Mills, the company, which is owned by Kraft Foods, started the program in 2018, after it got wind of a rash of stand shutdowns. Country Time also promoted Knowles' story.

"We couldn't believe children were being stopped around the country, and this was more than a one-off thing," Mills told me. So far, Country Time has helped five groups of kids.

"Lemonade stands are sort of like the American Dream in miniature," Adam Thierer, a senior research fellow at George Mason University's free-market-focused Mercatus Center, told me. "It's the first chance for kids to experience entrepreneurship, risk-taking and what it means to start a small business. But then, all of a sudden, a highly restrictive permitting regime butted up against this idea. ... One must believe that when traditional rules reach so far down that they touch a child's lemonade stand, things have probably gotten a bit out of control."

Yet when Thierer looked into the issue last year, he didn't find evidence that stand closures were common. "I don't believe this is a widespread crisis," he says. There are "no jackbooted thugs waiting on the corner to shut down lemonade stands."

Matt Krause, the Texas state representative who wrote his state's lemonade-stand bill, told me his legislation was inspired by commercials he saw about Country Time's Legal-Ade project, as well as at least one instance he came across of a child's stand being shut down in Tyler, Texas. He says there was minor opposition to his bill from people worried about food safety.

"That was pretty well beat back," he told me. "You know what you're getting when you go to a lemonade stand." Then there were those who thought the legislature shouldn't be devoting any time at all to such a trivial issue. But the biggest source of opposition was, curiously enough, property owners. "Homeowners associations," Krause notes, "wanted to be able to say whether you could have stands in their areas or not."

Thierer reached a similar conclusion about the origins of the conflict. "I think this is really more of a grass-roots NIMBYism," he explains. "I hate to say it, but there are people in this world who don't look kindly on kids setting up a stand on their corner. They might think of it as unsightly, annoying, noisy."

Knowles never learned who complained about her sons' lemonade stand - though local news reports from the time noted that their two-for-a-dollar operation was close to an arts festival, where at least one vendor was selling lemonade for up to $7 a glass. But whatever the identity of her original antagonist, it is Knowles and the pro-lemonade-stand cause that have emerged as the long-term victors. After helping to change Denver's laws - the city bill passed in August 2018 - she pushed for a statewide version. That measure was signed by Gov. Jared Polis in April, as Knowles looked over his shoulder.

Besides getting two bills passed and blogging about her experience, she has also penned a children's book, "Awesome Adventures of the Lemonade Boys." "I'm just a mom," she says. "Not a lawyer, a lobbyist, a politician. I was just a mama bear protecting her cubs."