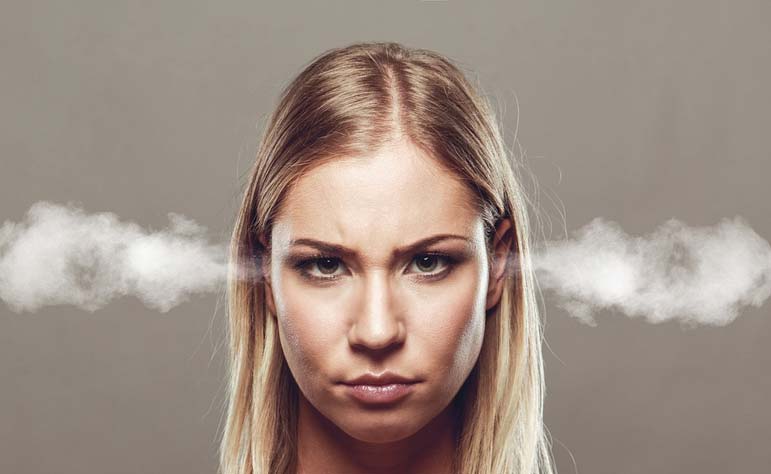 If Supreme Court Justice William Brennan were posthumously discovered to have aggressively groped a girl once in high school, should that fact discredit his landmark opinions expanding press freedom, legal protections for criminal defendants, and voting and welfare rights? Would it have been better for the country, from a liberal perspective, if Brennan's judicial career had been derailed from the start? What about Justice John Marshall Harlan, whose groundbreaking 1896 dissent from the majority opinion in Plessy v. Ferguson declared that the Constitution was "color-blind" and rejected state-sponsored segregation? If Harlan had once jumped on a girl as a 17-year-old, should that one-time outbreak of boorish adolescent male hormones efface his contributions as a public thinker?

The Democratic response to the allegation that three and a half decades ago, Supreme Court nominee Judge Brett Kavanaugh assaulted a girl during a pool party bears many hallmarks of campus culture, from the admonition that "survivors" should always be believed to the claim that the veracity of the accusation matters less than the history of white-male privilege. But the most significant import from academic feminism is the idea that a long-ago, never-repeated incident of adolescent sexual misbehavior (assuming that the assault happened as described, which Kavanaugh has categorically denied) should trump a lifetime record of serious legal thought and government service. (Now, a new allegation, reported by The New Yorker, that Kavanaugh sexually assaulted a Yale classmate at a party — though the New York Times regarded the evidence as too flimsy to publish — has ramped up outrage to the point that feminists are demanding that the Ford hearings they had called for be cancelled.) The feminist nostrum that the personal is political is being weaponized to subordinate the public realm of ideas to the private realm of sexual relations — all, ironically, in the service of a highly political end: preventing a judicial conservative from being seated on the high court. The domain of Eros and the domain of public action are, however, in most cases distinct. If it turned out that James Madison had groped his domestics, it would be absurd to discard the constitutional separation of powers on that ground. Madison's political insights are more important to civilization than any hypothetical chauvinist indiscretions.

(The ongoing eclipse of political and diplomatic history follows a similar impulse: supplanting what is seen as a too-male realm of ideas and action in favor of the history of identity-based, "marginalized" groups, defined above all by race and sex, whose direct contributions to the evolution of political thought was until recently modest at best.)


But the demand to derail the Kavanaugh nomination is particularly absurd when the alleged incident (lacking any corroborating specificity of time and place) is balanced against Kavanaugh's subsequent relations with women. If the alleged assault had even one precedent or repeat occurrence, we would have heard about it by now. Instead, this incident, again assuming for the sake of argument that it happened, was an aberration; not a trivial one, but nonetheless unique. Since then, Kavanaugh has had an unblemished record of treating women with respect. He was the first judge on the D.C. Circuit to have an all-female class of clerks, and over the course of his 12 years on the federal bench, most of his clerks have been women. Working for a judge is an intense experience that includes late nights editing draft opinions, an environment that invites erotic complications. Yet Kavanaugh's female clerks have been unanimous in testifying to his character.

His legal peers share that judgment. After his nomination, the dean of the Yale law school (from which Kavanaugh graduated) lauded his principles. "Ever since I joined the faculty," announced Heather Gerken, "I have admired him for serving as a teacher and mentor to our students and for hiring a diverse set of clerks, in all respects, during his time on the court." Abbe Gluck, a Yale professor of health law, also noted Kavanaugh's respect for diversity: "Brett Kavanaugh is a true intellectual — a leading thinker and writer on the subjects of statutory interpretation and federal courts; an incomparable mentor — someone who picks law clerks of all backgrounds and viewpoints; and a fair-minded jurist who believes in the rule of law."

The most salient fact about this alleged episode will never register on elite consciousness: the sexual free-for-all environment, which may or may not have given rise to an assault by Kavanaugh. The sexual revolution declared that the traditional restraints on the male libido — norms of male chivalry and gentlemanliness and of female modesty and prudence — were patriarchal and oppressive. Men should stop protecting women and putting them on a pedestal. Males and females were assumed to desire easy sex with equal fervor, and to be able to walk away from a one-night stand with equal complacency. With regard to students, adults should remain nonjudgmental and as far out of the picture as possible. Chaperones were relegated to the relic pile, as fusty as a mothballed corset. Starting in the 1970s, affluent parents often absented themselves from their teenager's parties, leaving the house liquor cabinet unattended. Popular culture became hyper-sexualized.

The results were not pretty: the male libido, free to act as boorishly as it wanted; females getting drunk to reduce their innate sexual inhibitions, unprotected by any default assumptions against casual premarital sex. Whether a 17-year-old Brett Kavanaugh took advantage of this putative sexual liberation, many other teenagers have, and in so doing, merely followed the new script for sexual relations.

Those derided Victorian values of chivalric paternalism are now being reimported covertly on college campuses, however, where male students are deemed responsible for female well-being during drunken hook-ups, even if the male and female student are both equally inebriated. The #MeToo movement is going further, turning a drunken pat on the butt in a suburban kitchen into a criminal offense and a squeeze on the knee under a dinner table grounds for banishment. A panelist on The View complained that the "white men" on the Senate Judiciary Committee were "not protecting women." One might have thought that the committee's role was to protect the constitutional balance of power.

Ironically, Hillary Clinton had it right when she called her husband's affair with a White House intern a "lapse," notwithstanding that it represented an abuse of workplace hierarchies. She was right to complain that the anti-Clinton "feeding frenzy" was using the criminal justice system to "achieve political ends." Hillary and her feminist peers had a better grip then on the relative importance of the private and the public than Bill Clinton's right-wing persecutors.

Today, of course, Clinton and her supporters are singing a different tune. Kavanaugh's feminist opponents have yet to articulate the limits of the principle being advanced here. If his Supreme Court nomination is scuttled, is he fit to return to the D.C. bench? If not, what about serving in a law firm? How far does this go? The late Ninth Circuit Court of Appeals judge Stephen Reinhardt (for whom I clerked), arguably the most liberal judge in the country, was appalled by the treatment of his fellow Ninth Circuit jurist Alex Kozinski, driven off the bench last year by feminists for his juvenile sexual repartee. Reinhardt acknowledged Kozinski's "warped sense of humor and lack of sensitivity." But those failings have "nothing to do with being a good judge," Reinhardt told me. It was a "tragedy," Reinhardt said, that "privileged law clerks" would bring down someone who was fundamentally "so good and decent and one of the best judges we have."

That worldly sense of perspective has been turned upside-down in the #MeToo era. It is feminist narcissism to put an uncharacteristic instance of adolescent, never-repeated sexual aggression ahead of a lifetime of achievement in the law. The priorities look like a revenge attack on a civilization deemed too male.