Trump has the right strategy on Beijing. As a Chinese dissident, I'd know 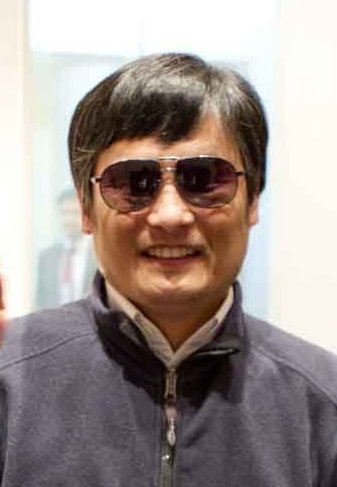 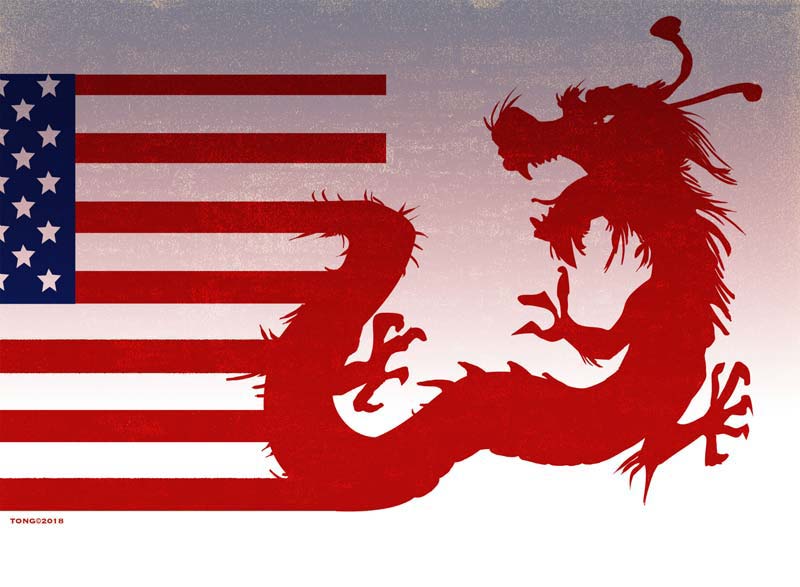 As the world watches President Donald Trump wage a protracted trade war with China, many people are scratching their heads, wondering if he knows what he's doing when it comes to my home country.

Trump is regularly criticized for being unpredictable and erratic - praising Chinese President Xi Jinping one moment, then escalating the confrontation the next - for ignoring diplomatic conventions, and for upending a tense but supposedly workable economic relationship.

But as someone who has spent years with the knife edge of the Chinese Communist Party bearing down on my throat for my human rights work, I know that the president is on to something. Tariffs and economic threats may be blunt tools, but they are the kind of aggressive tactics necessary to get the attention of the CCP regime, which respects only power and money.

It's not just about "winning," as the president sometimes puts it, and it's not simply about trade: It's about justice, and doing what's right for ordinary Chinese and American people.

Presidents before Trump naively believed that China would abide by international standards of behavior if it were granted access to institutions like the World Trade Organization and generally treated as a "normal" country. But that path proved mistaken, and Beijing ignored Western pressure on matters from human rights to the widespread theft of intellectual property. Trump, whatever his flaws, grasps this reality.

Unlike many of his predecessors in the White House, Trump appears to understand innately the hooliganism and brutality at the heart of the CCP. He comprehends that whether in the realm of trade, diplomacy or international order, dictatorships do not commonly play by the rules of democratic nations.

While past administrations have curried favor with the CCP ("appeasement" is not too strong a word), Trump has made excising the party's growing corrosion of U.S. society - from business and the media to education and politics - a focus of his administration.

For decades, U.S. presidents have allowed themselves to be taken in by China. Think of Richard Nixon marveling at staged supermarkets and shoppers in Beijing, and paving the way for the severing of ties with the Republic of China (Taiwan) in favor of the communist regime. Or Bill Clinton, after talking tough, declining to make "most favored nation"status for China conditional on human rights reviews, effectively eliminating any leverage the United States had over China with respect to fair trade, not to mention rights.

As China's entrance into the World Trade Organization moved toward reality, in 2000, Clinton described it as "the most significant opportunity that we have had to create positive change in China since the 1970s." He said there would be no downsides to freer trade: It was "the equivalent of a one-way street."

Following the attacks of 9/11, George W. Bush turned a blind eye when Beijing used the U.S. war on terror as cover for persecuting ethnic minorities; Barack Obama repeatedly shied away from mentioning human rights to CCP officials, notably during a visit in 2009.

Trump is the first president in recent memory to seriously say to this communist dictatorship: If you want to keep doing business with us, you have to change.

I believe that his much-mocked tweet a week ago ordering U.S. companies to exit China was part of this strategy. Rather than a literal statement, it was a message to CCP officials, reminding them that they need the United States more than the United States needs them, and to consider the consequences of losing access to American businesses and influence.

Trump may be impolitic and unpredictable, but his actions speak louder than his tweets, and they go well beyond tariffs. To protect U.S. intellectual-property, business and national security interests, the president has stopped the sale of computer chips to CCP-controlled corporations like Huawei and ZTE, and he has banned the purchase of equipment from these same entities.

During his administration, the Justice Department has ordered that CCP-run media companies operating in the United States register as foreign agents. His is the first administration to subject Confucius Institutes at U.S. colleges and universities - which serve as the eyes and ears of the CCP - to intense scrutiny, leading to the closure of several.

Trump is the first American president to take a call from a Taiwanese president since the United States cut off formal diplomatic ties with the island in 1979. He has placed sanctions on Chinese nationals, including a CCP official responsible for the death of a human rights activist and three people involved in trafficking fentanyl. He has met with persecuted people of a broad range of religious beliefs in the Oval Office, including Uighurs, Tibetans and Christians from independent Chinese "house churches." He's said that a deal on tariff depends on China working "humanely" with Hong Kong.

Some contend, with justification, that Trump has not made democracy and freedom central to his foreign policy. But where China is concerned, dissidents, both within China and in the diaspora, note and appreciate what he is doing. Most activists agree that civilized talks behind closed doors have never elicited concessions from the CCP.

The only way to make progress is by landing pointed blows, particularly against the party elites and their bank accounts (which are reliant on party-owned, nepotistic, monopolist companies).

The CCP's 70-year rule has been marked by extreme bloodshed, with more than 40 million Chinese killed in state-induced famines and political movements in the mid-20th century, roughly 10,000 slaughtered during the democracy movement of 1989 and innumerable lives lost under the one-child policy. Today, the party is as reliant on lies, violence, fear and corruption as ever: Coerced prison labor and land seizures are common, economic inequality is stark and countless citizens are routinely locked up for their beliefs, including Tibetans and Falun Gong members, human rights lawyers and activists - and the roughly 1 million Uighurs detained in camps.

Such practices reveal the character of the CCP, and they help put Trump's approach into perspective. We have to be clear about our values. China is a deep-pocketed, rapacious regime that poses a significant threat not just to American interests but to the entire civilized world.

Yet after decades of empty talk about nudging China toward reform, we're at a point where it is American companies, news outlets and universities that feel pressured to play by Beijing's rules or risk losing access to its markets and resources.

Trump, with an admittedly unorthodox style, is trying to break down the systems, and the concessions, that have allowed the CCP to operate unchecked for too long. He deserves credit, not criticism, for saying: Enough.

Guangcheng is a member of the faculty of the Institute for Policy Research and Catholic Studies at the Catholic University of America, and a distinguished senior fellow in human rights at the Witherspoon Institute.