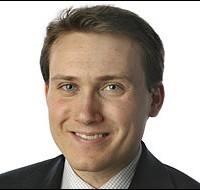 A big question dominated Night Two of the first Democratic presidential debate: What does it mean that health care is a right?

As much as anything else, this question separates the candidates worth taking seriously, and those voters should write off as dishonest overpromisers or blind ideologues. Most passed.

A clear distinction among the candidates emerged quickly Thursday night: Some of the Democrats onstage want to channel the party's fervor for universal health care into a realistic plan to make the existing system more equitable, and others promise a radically new fantasy system that exists nowhere else in the world and would not work the way they describe. The second group was mostly Sen. Bernie Sanders, I-Vt., with occasional support from Sen. Kamala Harris, D-Calif., and Sen. Kirsten Gillibrand, D-N.Y.

Sanders promised that under his Medicare-for-all proposal, people and the nation as a whole would pay far less for health care, even after adding new taxes, because "we'll stop the greed of the insurance companies." He explained: "People don't like their private insurance companies. They like their doctors and hospitals. Under our plan people (get) to go to any doctor they want, any hospital they want."

In fact, it cannot be true that costs will go way down and that people will get the sort of access he predicts. Sanders' plan promises such generous benefits to people - no premiums, no copays (even for those who can afford them) and a massive suite of covered services, creating a system far more expansive than any other nations' single-payer plans - that the only way for the math to add up is if doctors and hospitals take a huge hit.

Many will refuse or go out of business unless Sanders breaks the federal treasury to pay for it all. And then there is the fact that it would be politically impossible to revoke the private health care insurance that most Americans have, as Sanders favors.

Candidate after candidate argued that this disaster of a plan should not become synonymous with the notion that health care is a right - that there are many ways to get to universal health care, many of which do not involve wishful math and politically prohibitive upheaval.

"I believe that health care is a right and not a privilege," former Colorado Gov. John Hickenlooper said. "But you can't expect to eliminate private insurance for 180 million people, many of whom don't want to give it up."

"We need to get to universal health care," Sen. Michael Bennet, D-Colo., said. "I believe the way to do that is by finishing the work we started with Obamacare and creating a public option that every family and every person in America can make a choice for their family about whether they want a public option, which for them would be like having Medicare-for-all, or whether they want to keep their private insurance."

South Bend, Indiana, Mayor Pete Buttigieg argued for "Medicare for all who want it. You take something like Medicare, a flavor of that, you make it available on the exchanges, people can buy in."

"The fact of the matter is that the quickest, fastest way to do it is build on Obamacare, to build on what we did," former Vice President Joe Biden said. "Everyone, whether they have private insurance or employer insurance and no insurance, they, in fact, can buy in, in the exchange to a Medicare-like plan."

The weight of the sentiment onstage was for a plan that recognizes that, like it or not, the country does not get a do-over on building a health care system. Other nations created more socialized health care systems after World War II; the United States, unfortunately, did not.

Making the reality on the ground fairer means doing things such as offering people more generous subsidies to buy health insurance, insisting that insurance covers needed benefits and providing government-run plans that can operate in underserved areas of the country or for those dissatisfied with private offerings.

It means doing things like most of the Democrats onstage proposed. It is possible, after some time with a public option plan that people buy into, the nation would move closer to a system that is more government-run. But that need not be the promise to make these sorts of plans worthwhile or "universal."