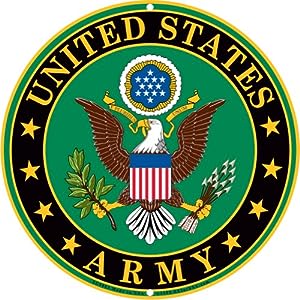 The Army has launched an effort to see if retired doctors, nurses and medics who have served in the service may be willing to be recalled to military service, citing the "extraordinary challenges" that the coronavirus pandemic has created.

An Army general said in a message to eligible veterans that the Army is turning to "trusted professionals capable of operating under constantly changing conditions" and "reaching out to gauge the interest" of those who qualify. The solicitation, obtained by The Washington Post, applies to both retired and former officers and enlisted soldiers.

"When the Nation called -- you answered, and now, that call may come again," wrote Lt. Gen. Thomas Seamands, the deputy chief of staff for Army Personnel Command.

The message comes as U.S. officials have expressed widespread concern that the public health system in the United States could be overwhelmed if the virus spreads too quickly. The Army announced Tuesday that it will dispatch hospital units to hard-hit cities, with soldiers from Fort Campbell, Kentucky; Fort Carson, Colorado; and Fort Hood, Texas, going to New York and Washington state.

"If you are working in a civilian hospital or medical facility, please let us know," Seamonds wrote. "We do not want to detract from the current care and treatment you are providing to the Nation."

An Army spokesman, Lt. Col. Emanuel Ortiz, reiterated much of the same message in a statement.

"This information request will no way interfere with any care they may be providing to their communities, is for future planning purposes only, and is completely voluntary," Ortiz said.

The request stands as an example of how the Pentagon believes the coronavirus response may take months, or longer.

Air Force Brig. Gen. Paul Friedrichs, a doctor on the Pentagon's Joint Staff, said in a news briefing on Wednesday that it is hard to predict beyond about three weeks how the spread of the virus will continue. He advocated continuing social distancing and other steps that have been adopted across the United States.

"If we stop doing the right thing today because we think something's going to happen in four weeks, we will make this worse," he said. "What we need to do is focus on what we individually and collectively can do today to mitigate this outbreak."

Friedrichs added that it is "a worrisome narrative" that some people are openly questioning the public health guidance.

"I don't think it matters what day things start to get better, what matters is what we're doing right now to mitigate this outbreak," he said. "I'm not sure how to say it any more clearly than that."