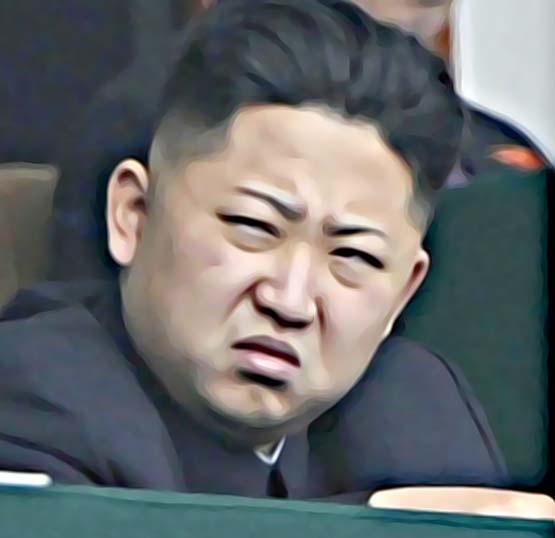 Say what you will about Little Rocket Man. North Korean dictator Kim Jong Un is the chief thief of a family-run kleptocracy. Like his father and grandfather, he'll starve his own people to get what he wants. Torture and murder are preferred tools of statecraft.

But he ain't stupid.

With the announcement of a summit between North and South Korean leaders as a possible prelude to talks with the Trump administration, Kim has maneuvered within view of a victory his forefathers only dreamed of: membership in the world community, on North Korea's terms. Many things can still go wrong. But his path forward seems pretty clear.

Step one is his rapidly advancing rapprochement with South Korea. The collapse last year of the conservative government in Seoul produced a new South Korean president, Moon Jae-in, who favors better relations with North Korea. Kim responded by rushing to complete testing of his intercontinental ballistic missile in time for an ostentatious peace overture tied to the Winter Olympics near the demilitarized zone.

That led, in turn, to a rare visit by emissaries of the South Korean president to Pyongyang. They returned to Seoul on Tuesday with plans for the late-April meeting - and what appears to be Kim's next gambit. According to Moon's national security director, the North Koreans offered a moratorium on further nuclear and missile tests in exchange for "heart-to-heart" talks with the United States. The Kim regime also dangled the idea of giving up its nukes entirely if North Korea's safety and sovereignty are guaranteed.

"We will see what happens," President Donald Trump tweeted, with commendable caution. As he weighs his options, he's sure to hear from critics of new talks between Washington and Pyongyang. Many of them will cite the example of Lucy van Pelt and Charlie Brown's football. The Kim family has a long track record of promising changes, then snatching them away.


But it's hard to see that Trump has much choice. The alternative to dangling carrots of safety and sovereignty is to wield the military stick, but this particular stick is in South Korea. Swinging it requires help from our allies on the front lines. Yet Seoul is not on board.

Kim appears to understand that the United States can hardly expose South Korea to a potentially apocalyptic war without support from Moon. To do so would court disaster diplomatically, economically and militarily.

Thus Kim's thaw with South Korea will likely lead to new talks eventually. When that happens, at least three important facts will be materially different from the last time Lucy got the ball.

First, North Korea's nukes are an accomplished reality, no longer a possibility to be averted. As appalling as it is to acknowledge this, Kim's negotiating position is much stronger now. He can aim for a lasting settlement rather than temporary breathing room.

Second, Kim has in neighboring China a model for his own future. His family has always believed that modernization threatens their grip on power, so they sealed it out, making theirs a Hermit Kingdom. But Xi Jinping, the Chinese premier, is attempting to prove that economic liberalization can coexist with political dictatorship. Kim may conclude that he can maintain power without utterly isolating his country.

Third, Kim has on the horizon a prospect for greater security than ever before. It looks like this: Vladimir Putin is champing at the bit to build a natural gas pipeline through North Korea to supply the energy-hungry dynamo to the south. America's fracking revolution has put tremendous pressure on Russia's state-owned Gazprom to find new customers for piped gas, which is cheaper than U.S. gas that must be liquefied for oceanic shipping. South Korea is an especially tantalizing market.

Putin was sidetracked by Kim's decision to weaponize his nuclear capability, and the international sanctions that followed. But if talks with the United States clear away the most severe restrictions, Putin's pipeline project will surely be resurrected. And if completed, the pipeline will constitute a major strategic Russian asset running right through the middle of North Korea - enough insurance against a U.S. attack that Kim could afford to mothball his own nukes to shelter under the Russian umbrella.

These facts point to a possible solution of the nuclear standoff. Further provocation gains Kim nothing. But his past outrages have put him in a new position, potentially able to turn the page.

On the other hand, the prospect of a normalized North Korea underlines the longer-term challenge for the United States. Would de-escalation erode the rationale for American bases in the south?

China and Russia would certainly be happy to see us leave. And happiest of all would be Kim Jong Un - reckless, dangerous, ruthless Kim - the madman who just might be crazy like a fox.