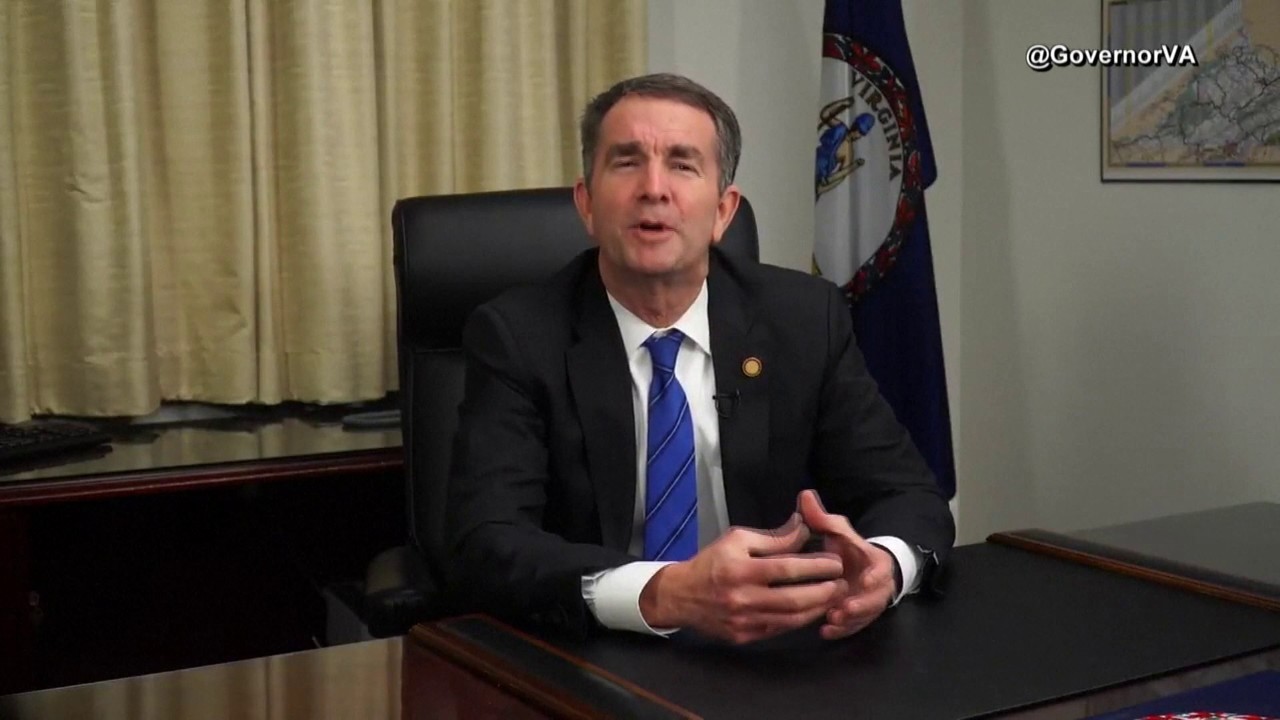 The reporter who exposed Virginia Gov. Ralph Northam's racist yearbook photo said a "concerned citizen" led him to the story that has prompted widespread outrage and calls for the Democrat's resignation.

Patrick Howley, editor in chief of the website Big League Politics, first reported Friday the existence of a photo on Northam's page of his medical-school yearbook depicting a figure in blackface standing next to another person in a Ku Klux Klan hood.

"It's very easy to explain," Howley, 29, said in an interview Saturday. "A concerned citizen, not a political opponent, came to us and pointed this out. I was very offended (by the photo) because I don't like racism."

The tip came after Northam's comments Wednesday about late-term abortions, he said. Howley declined to give any further information about his source, citing a confidentiality agreement. But he said it took him just a few hours to confirm that the photo was authentic.

Howley's four-paragraph story, which included the yearbook photo, was quickly confirmed by The Washington Post and other news outlets on Friday. The article ignited outrage on social media, immediate calls for Northam's resignation, and a contradictory response from Northam.

In the immediate aftermath on Friday, his office issued a statement in which Northam was quoted as saying that he was "deeply sorry for the decision I made to appear as I did in this photo and for the hurt that decision caused then and now."

But at a news conference at the governor's mansion in Richmond on Saturday, Northam reversed himself, saying that he wasn't in the photo and didn't know how it got on his yearbook page. He said he hadn't seen the photo until aides showed it to him after Howley's article was published.

"I believe then and now that I am not either of the people in that photo," he said in a prepared statement.

Under reporters' questioning, Northam acknowledged that he had dressed up as Michael Jackson, using shoe polish to darken his skin, when he attended a Halloween party a few months after graduating from Eastern Virginia Medical School in 1984.

Howley's story claimed that the photo shows Northam "and a friend." But it offers no reporting to back up that assertion.

Nevertheless, Howley stuck by that claim on Saturday. "It's clearly a picture of him," he said, but again could offer nothing more in support. He added, "The photo is genuine. It shows clearly he's a racist.

He repeated that description several times in the interview.

"I know (Northam) is a racist," he said at one point. "This guy is a racist." He cited only one instance to back up that assertion: a 2013 TV interview in which Northam declined to shake hands with E.W. Jackson, an African-American who was running against him for lieutenant governor.

A brief recording of the encounter shows Northam looking at the interviewer as Jackson extends his hand. It's not clear from the clip whether Northam saw Jackson's attempt to shake hands. Northam defeated Jackson in the general election that year.

Howley said he is co-owner of Big League Politics, which he described as politically "independent." He didn't mention the site's close connection to Republican and Virginia politics.

Big League Politics' co-owners include Noel Fritsch, a consultant who worked for the campaign of Corey Stewart, a conservative, neo-Confederate sympathizer who unsuccessfully challenged Virginia Sen. Tim Kaine, D, for his seat last year, and Reilly O'Neal, another consultant who worked for Roy Moore, the Alabama Senate candidate who was accused by multiple women of harassment and child molestation.

In its short existence, the website has reliably boosted President Donald Trump, attacked Democrats and liberal figures and written many articles promoting a discredited conspiracy theory popular among far-right conservatives about the murder of a young Democratic National Committee staffer named Seth Rich in 2016.

Howley said he called Northam's office for comment before publishing his story, but did not receive a reply. He also said he sent an "inquiry" to "people close to the governor" before publication but also received no reply from them.

Howley describes Big League Politics, the website he co-owns, as "independent journalism. It's not Republican or Democrat or liberal or conservative. I want it to be an investigative wire service that gets the facts out there."

However, much of the material on the site would fit in with the conservative and populist ethos of the Daily Caller and Breitbart News, two organizations Howley worked for before leaving to start Big League Politics.

An article written by Howley, for example, reports on a graphic that tracks "Deep State conspirator cells that have been fired in the age of President Donald Trump." The story begins, "President Donald Trump continues to solidify the American people's position in the federal government."

One category of articles is flagged "Fake News Media," echoing Trump's critique, and includes such headlines as "Washington Post Buys Super Bowl Ad to Pat Themselves and Fake News Media on the Back."

As one of Breitbart's lead reporters on the 2016 campaign, Howley filed multiple dispatches a day, most of them favorable to Trump and critical of his opponent, Democrat Hillary Clinton.

Upon hiring Howley in 2015, then-Breitbart executive chairman Stephen Bannon said Howley "is the type of reporter we have built the company around - smart, tough and aggressive. We are ecstatic about getting him immediately fully deployed." Bannon later became Trump's campaign chairman and White House strategist before being fired.

Howley himself was suspended by Breitbart in March 2016 for tweeting his support of Trump's then-campaign manager Corey Lewandowski after Lewandowski yanked the arm of a Breitbart reporter, Michelle Fields, who sought to question Trump after an event.

In the wake of his Northam story, which was by far the most attention-getting of his career, Howley took a shot at the news media and opposition researchers for not discovering the yearbook first. "I think people are lazy," he said. "The consultants and political journalists didn't think to look at a yearbook. It's been out there for years."