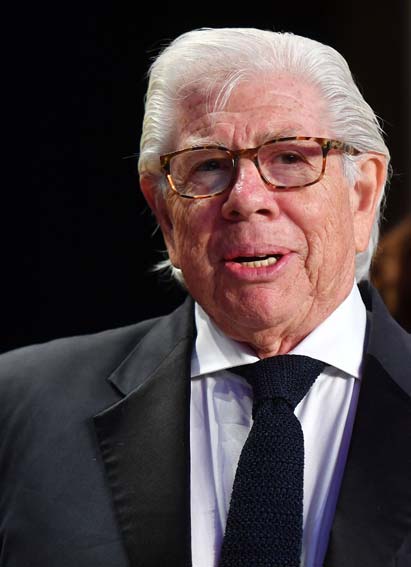 Carl Bernstein is no stranger to anonymous sources and big scoops. The former Washington Post reporter became a journalistic legend more than four decades ago by relying on unnamed sources when he and Post colleague Bob Woodward were breaking stories about the Watergate scandal.

But Bernstein's latest blockbuster story has come under heavy fire, beset by a troubling question: Was it accurate?

Bernstein, now with CNN, was one of three reporters for the network who broke what seemed like a bombshell on July 26. Citing "sources with knowledge," Bernstein and Co. reported that Michael Cohen, President Donald Trump's longtime personal lawyer, claimed that he was prepared to tell special counsel Robert Mueller about Trump's involvement in a fateful meeting at Trump Tower during the 2016 presidential campaign.

The June meeting involved Trump's senior campaign advisers, including his son, Donald Jr., and Russian representatives who were purportedly bearing damaging information about Hillary Clinton, Trump's Democratic opponent. Cohen, according to CNN, was prepared to tell Mueller that Trump knew in advance about the meeting and had approved it.

If true, such a statement would directly implicate Trump in a conspiracy with Russian agents to sway the 2016 election. Trump and his son have repeatedly denied that Trump had any foreknowledge of the meeting.

One big problem with the story: Since its publication in July, one of the story's sources - Cohen's lawyer, Lanny Davis - has recanted. Contrary to his original comments, Davis told CNN and The Washington Post earlier this week that he's no long sure that Cohen knew about Trump's involvement or that Cohen is ready to talk about it with the government's investigators.

"I made a mistake and I have to take the hit," Davis said in an interview late Tuesday. "I should have been much clearer [in his original interview with CNN]. I should have said. 'I can't answer that question. Don't depend on me. I'm not confident'" about his statements about Cohen. "I don't blame Bernstein or [his co-writers]. I blame me."

Despite Davis' walk-back, CNN continues to stand by its July story. A spokeswoman, Allison Gollust, said Bernstein and co-writers Jim Sciutto and Marshall Cohen had "more than one source" on their original story and the organization is "confident in our reporting of it."

Bernstein did not return calls and emails seeking comment.

CNN's insistence on the story's accuracy appears to turn on a subtle point: The network's reporters faithfully reported what their sources, including Davis, told them at the time, making the story accurate in the moment. Although one of these sources (Davis) has now bolted, another source (who remains unnamed) has stood firm, enabling CNN to stand behind its reporting.

Davis said in an interview Tuesday he doesn't know who Bernstein's and CNN's other sources might be, but he ruled out Cohen. "Michael Cohen says it wasn't him," Davis said.

The Post relied on Davis alone for a story on July 27 that followed CNN's report. It attached an editor's note to that story on Sunday noting that "Davis agreed to reveal his identity as the source of that information and said he is no longer confident that it is true."

People at the network speculated - anonymously - that Davis changed his story after he realized that it didn't square with testimony Cohen gave last year to two congressional committees investigating Russian interference in the 2016 election.

Cohen reportedly made no mention of Trump's supposed advance knowledge of the Trump Tower when he testified under oath before the House and Senate panels last year. If he were to tell Mueller something different now, it could put Cohen in potential legal jeopardy, people at the network said.

Sciutto and Bernstein fired back at Davis on CNN.com Tuesday afternoon, writing that he "has repeatedly changed his account of what Cohen knew" about Trump and "has offered many variations of his client's knowledge" of the controversial meeting.

They also noted that Davis remained silent about CNN's July story for three weeks, raising no issues about the account until Cohen pleaded guilty to eight criminal counts, including campaign-finance violations tied to his hush-money payments to women who alleged affairs with Trump.

Davis at first maintained that he wasn't a source for CNN's story. He told CNN anchor Anderson Cooper last week, "I think the reporting of the story got mixed up in the course of a criminal investigation. We were not the source of the story."

But he began backing off last week. He told Cooper in a subsequent interview that Cohen had no information that Trump knew about the meeting ahead of time.

The original CNN story has come in for denials and withering criticism from Trump, Trump Jr. and among some news organizations, particularly those supportive of Trump. Trump tweeted his objections to CNN's reporting on Saturday, without mentioning CNN specifically.

"Michaels [sic] Cohen's attorney clarified the record, saying his client does not know if President Trump knew about the Trump Tower meeting (out of which came nothing!). The answer is that I did NOT know about the meeting. Just another phony story by the Fake News Media!"

CNN may have special sensitivity to claims of publishing an inaccurate story, especially one about Trump, who has repeatedly singled out CNN as "fake news." The network last year fired three of its journalists after they reported that a Senate committee was investigating alleged ties between a Russian-government investment fund and people associated with Trump's presidential campaign, including then-adviser Anthony Scaramucci.

CNN never acknowledged that the story - based on a single source - was inaccurate. But after a brief investigation, it retracted it and took the extraordinary step of dismissing the reporter and editors responsible for it. In its only official comment, it said the story "did not meet CNN's editorial standards."

The network has no plans to investigate Bernstein's story, people at CNN said.