?> Biden's Deplorable Lies May Not Even Be in His Partisan Interest - Michael Barone

Biden's Deplorable Lies May Not Even Be in His Partisan Interest 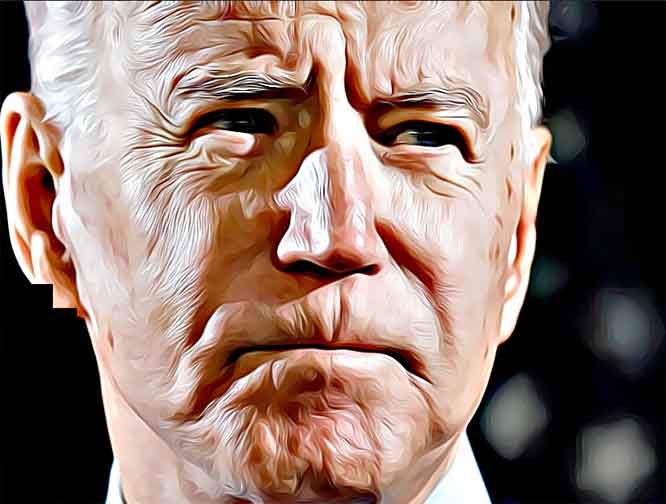 How do you explain why an ultra-experienced politician makes a major speech on the behalf of a legislative goal that is both doomed to fail and unpopular with voters? Especially when his speech is boycotted by the bill's chief backers and consists of one big lie after another?

President Joe Biden's speech in Atlanta on Tuesday raised these questions, although most of the media are unlikely to ask them.

The speech purported to rally support for the Democrats' legislation to impose federal standards on voting in all 50 states — legislation that has no chance of passing. It doesn't even seem to have the support of all 50 Senate Democrats, but if it does, it is sure to be the subject of a Republican filibuster.

Biden's calls for Democrats to abolish filibusters for voting laws are opposed by Democratic Sens. Joe Manchin and Kyrsten Sinema, and possibly several others.

At the same time, organizations advocating Biden's changes pointedly boycotted his Atlanta event. So did Stacey Abrams, the Georgia legislator who claimed, two years before then-President Donald Trump made similar claims, that she had actually won the 2018 Georgia governor's race, which she lost by 54,000 votes.

Abrams, who is running again this year, said she had a scheduling conflict. Obviously, this was a "shocking snub," as one critic put it, of Biden and also of Vice President Kamala Harris, who accompanied him. But it was not as shocking as the big lies in Biden's speech.

The implication is that anyone who favors requiring photo ID for voters, as 35 states do, is on the same side as those who proclaimed "segregation forever" or rebelled against the Union to preserve slavery.

This also passes over the embarrassing fact that George Wallace, Bull Connor and Jefferson Davis were all partisan Democrats. Connor, in fact, was Alabama's Democratic National Committeeman at the time he directed police dogs and fire hoses at peaceful demonstrators in Birmingham in 1963.

Biden campaigned as a practitioner of comity who would bring people back together. Instead, he now accuses those repealing the election rules that were passed in 2020 in response to the COVID-19 pandemic of being supporters of slavery and segregation, "Jim Crow 2.0" and "voter suppression."

Actually, none of the state legislatures he is accusing of these sins have proposed any changes to make voting harder than it was in 2019. The idea that these laws suppress "democracy" or "freedom" raises the question of why the former Sen. and Vice President Biden didn't do more to change them before 2019.

Biden's stand is also out of line with public opinion. A recent Echelon Insights poll showed that 47% of voters favor returning to pre-pandemic voting procedures versus 41% who favor making the pandemic changes permanent.

Those numbers are similar to the current partisan balance and reflect different ways of balancing the worthy goals of assuring access and preventing fraud.

They also reflect differing partisan interests. For most of the 79 years of Biden's life, most marginal voters have been downscale, transient and more Democratic than Republican. The rule of thumb was that high turnout helped Democrats.

If anyone has been suppressing votes, they haven't done a good job at it. The 21st century, with its increasing partisan conflict, has seen rising voter turnout, from 105 million in 2000 to 158 million in 2020.

So the Democrats' election bill, besides lacking the votes to pass, may not be in their own partisan interest. This makes the big lies in Biden's Atlanta speech all the more inexcusable.