The flight from family is not just a catastrophe for nations 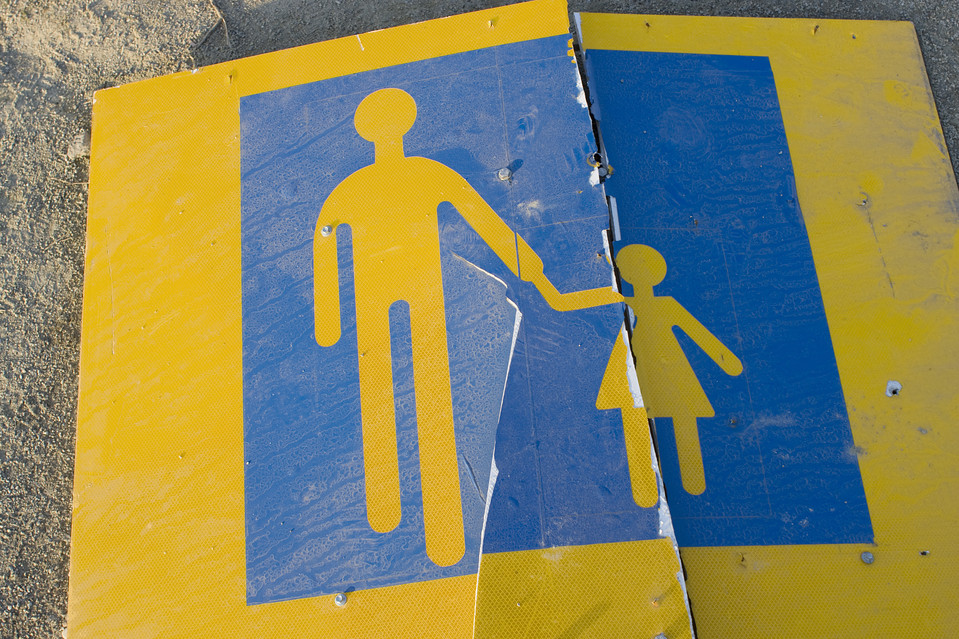 When my oldest son was an infant, I could hardly wait to peer into his crib in the morning. As soon as he saw my face, he would jerk his arms and legs to his chest spasmodically, as if he was about to burst from happiness. Though I suspect that this gesture is common to all infants, I had never been greeted with such excitement before, and reciprocated his convulsions with unbounded joy.

That joy was tinged, albeit only slightly, with sadness. I was then approaching my thirtieth birthday. Most of my friends from college and law school had not yet married, and I realized that many of the women among them might never experience the joy that I did at that moment.

Even in those long ago days, some (by no means all) of those friends had been sold on the idea that career is more important than family, and that making marriage and family the first priority would be a betrayal of the sisterhood.

More than three decades later, we are witnessing what demographer Nicholas Eberstadt terms "the global flight from the family". The idea has taken root that a life unencumbered by burdens or duties to others constitutes the "good life." In Belgium, for instance, only 40% of the women marry during their child-bearing years, and of those 50% divorce. Those one in five odds of marrying and staying married are far from an outlier in Europe.

In Europe, the most rapidly growing type of family unit is the one-person household. Such households already make up one-third of the households in Western Europe and 45% in Denmark. Japanese demographers Miho Iwasaw and Ryuichi Kaneko project that twenty years from now over 50% of Japanese women will never have grandchildren. Already those born after 1990 have less than a fifty percent chance of marrying and staying married until age fifty. Nor are these trends confined to affluent educated societies. A similar flight from marriage and childbearing is taking place in the Arab world.

These trends portend disaster for those nations in which they have taken hold. Depopulation is a major threat to the viability of many nations with fertility rates below replacement level. An ever dwindling cohort of young and middle-aged workers to support the rapidly growing cohort of elders is unsustainable, and nowhere more so than in the Arab world, where there is little accrued capital and GDP's average about one-third of those in the developed world.

It was partly in order to replace a declining labor pool that Europe allowed the immigration of millions of Muslims, and thereby set the stage for violent social conflict in the not too distant future.

Finally, the conjunction of childlessness with increased longevity means that it will fall upon government to care for growing numbers of elderly suffering from dementia or otherwise unable to care for themselves and with no family members to do so. That development alone will fuel calls for healthcare rationing, the termination of life-support, and assisted suicide — in short, the rejection of the idea that human life itself is a value.

The flight from family is not just a catastrophe for nations, however; it is a tragedy for millions of individuals who, like my friends from long ago, have been sold a bill of goods about what constitutes a good life. The Torah's first insight about human nature is: "It is not good for man to be alone" (Genesis 2:18). The Divine created the world in such a way that human beings would be interdependent. "Middos Sdom" (Sodom-like characteristic) is the Talmudic sages' highly derogatory description of those who act as if human beings have no mutual duties to one another.

The unencumbered life devoid of responsibilities to anyone else is also an unshared life. Yes, marriage means having to always take into account the needs and desires of another human being, and childrearing can be taxing and frustrating. At any given moment, a young childless couple is likely to be enjoying themselves more than their contemporaries with children.

Yet "according to the effort is the reward" applies to child-rearing no less than other areas of life. Though it may be counter-intuitive to denizens of our youth-intoxicated culture, there is a remarkably consistent finding across cultures that people tend to find more satisfaction in life the older they are. The specific age at which they reach peak satisfaction varies between cultures, but people in their sixties are likely to express greater life satisfaction than those in their forties across the board.

There are no doubt many reasons for this finding, and I hope to return to the topic in the future. But I would guess that the difference relates, at least in part, to different stages of child-rearing. Young parents live under constant pressure, are frequently sleep-deprived, and are torn between the demands of family and the desire to launch their careers successfully and all that entails.

By sixty or sixty-five most of the children are on their own, one's career is winding down, and one can relax a bit and savor the fruits of one's earlier investments of time, energy, and money in the form of grown children and grandchildren. Best of all, one will, G0D-willing, be able to savor that reward together with one's full partner in the earlier investments and in today's fruits — shared pleasures are that much more intense.

A few years back, Gallup-Healthways developed a "well-being index," based on interviews with 372,000 Americans. On the basis of that index, they created a composite of the happiest person in America, who would, inter alia, be over 65, married and with children (and, for good measure, an Orthodox Jew.) That's what I would have predicted.

As the flight from family takes wing, however, the pattern of life satisfaction increasing with age will reverse. If life is based solely on the fulfillment of one's hedonistic desires, those desires are more easily attained in youth than in middle-age and beyond. Those who choose a life without commitment or encumbrance are likely to find themselves living an ever more lonely existence as they age.

The decision not to have children may start as a function of selfishness, i.e., the desire to be unfettered by obligations or commitments in the pursuit of one's desires. But it ends as an expression of despair: A statement that there is nothing about my life that gives it meaning or purpose, such that I want to transmit it to future generations. (That assessment may well be accurate with respect to those make the pursuit of pleasure the goal of life.)

Not by accident do nations that cease having children lose the capacity to defend themselves from enemies within or without, for its citizens lack confidence that there is anything about their life worth defending. Appeasement of more determined adversaries is the characteristic posture of such nations — a collective decision just to run out the clock until we can shuffle off the stage. The current nuclear negotiations with Iran are but one example.

The new hedonism that raised the banner of happiness never known to previous generations has everywhere failed to deliver on the promise. The reason is simple: It violates the basic principle of the Creation that we were brought into the world for a purpose and to transmit that purpose to future generations.

Both individuals and nations that choose to ignore that basic truth have no future.

JWR contributor Jonathan Rosenblum is founder of Jewish Media Resources and a widely-read columnist for the Jerusalem Post's domestic and international editions and for internation glossy, Mishpacha. He is also a respected commentator on Israeli politics, society, culture and the Israeli legal system, who speaks frequently on these topics in the United States, Europe, and Israel. His articles appear regularly in numerous Jewish periodicals in the United States and Israel. Rosenblum is the author of seven biographies of major modern Jewish figures. He is a graduate of the University of Chicago and Yale Law School. Rosenblum lives in Jerusalem with his wife and eight children.