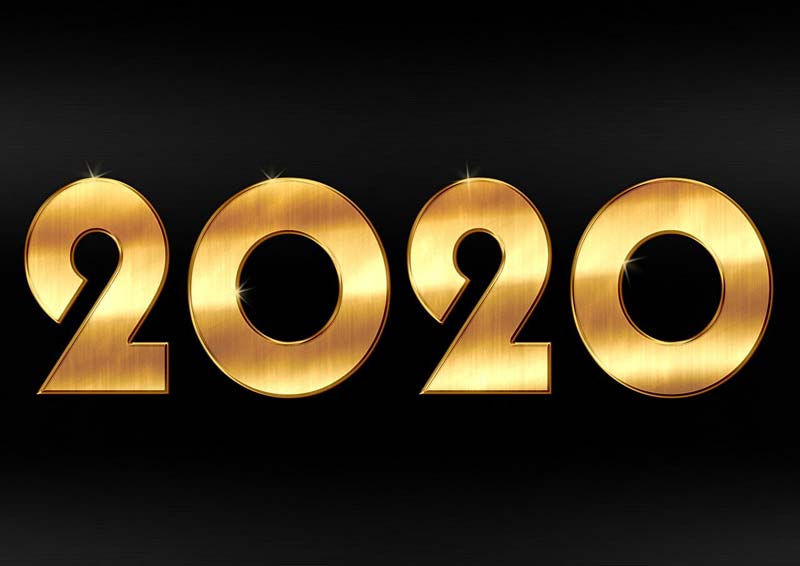 One year ago, in a column headlined "What was so great about the 2010s," I remarked that the first decade of the 21st century, "for all its sorrows, has been the best time to be alive." Despite the media's relentless focus on bad news, I argued, humankind was living in the most fortunate era our species had ever known.

The past 12 months have brought misery, turmoil, and distress on a scale that most Americans couldn't have imagined last New Year's Eve: the emergence of the coronavirus, a torrent of sickness and death, economic and social lockdowns, a tidal wave of racial protests, frightening riots, a poisonous election campaign, catastrophic wildfires, a nationwide shutdown of sports, concerts, and theaters, millions of lost jobs. If it hasn't literally been "the worst year ever," as Time magazine labeled it, it has certainly been the worst that millions of people have known in this lifetime.

But it has been a year of good news and glad tidings, too. While 2020 was overloaded with stress and sadness, it also supplied reasons to be grateful and milestones to celebrate. Here are a few.

• There was news the world yearned for all year: Two COVID-19 vaccines were developed and brought to market. Before 2020, it took an average of 10 years to create a new vaccine, test it for safety and efficacy, and manufacture it for public use. But this year, due in part to the technology of messenger RNA, or mRNA, it was accomplished in a matter of months — an achievement that marked the start of what is already being called "a golden age of vaccinology."

• Africa was declared free of wild polio, a disease that until recently still infected thousands of young children each year, paralyzing for life those it didn't kill. In August, the World Health Organization proclaimed a "public health triumph," announcing that the final remaining strain of wild polio virus had been eradicated in Nigeria, the last country on earth to have reported a case of the disease.

• One response to all the lockdowns and restrictions on socializing was a turbocharged rise in rescues and adoptions of animals. "Shelters, nonprofit rescues, private breeders, pet stores — all reported more consumer demand than there were dogs and puppies to fill it," reported The Washington Post. That was happy news not just for the animals, but for their new humans: Research shows that caring for pets tends to lower blood pressure, increase cardiovascular health, and reduce anxiety.

• In the space of a few months, four Muslim countries — the United Arab Emirates, Bahrain, Sudan, and Morocco — all agreed to normalize relations with Israel. After decades in which the Arab-Israeli standoff had seemed frozen in old hostilities, the sudden surge of peacemaking generated a level of hopeful excitement and joy that no one had been expecting in the Middle East a year earlier.

• The politics of 2020 were atrocious, and the US election campaign was as polarizing and toxic as any in living memory. Yet when all was said and done, Americans demonstrated that their commitment to democratic self-government was as unwavering as ever: When the election finally arrived, 21 million more Americans cast ballots than had done so in 2016. In the past four years, America's population grew by 7.5 million.The increase in voter turnout was triple that.


• In July, NASA launched a rocket carrying the nuclear-powered Perseverance, the most advanced Mars rover ever built. Perseverance is designed to search for signs of ancient life on the red planet and to extract oxygen from the Martian atmosphere. Even more ambitious, it will fly a helicopter! In another milestone, 2020 was the year that NASA successfully landed a spacecraft on an asteroid. Equally impressive were the accomplishments of a private American company: Elon Musk's SpaceX twice flew astronauts to the International Space Station — marking the dawn of commercial human spaceflight.

• Charitable giving soared in 2020. America has always been a remarkably philanthropic society, but in this terrible year donors gave even more generously than usual. In the first six months of the pandemic, gifts to charity increased by nearly 7.5 percent over the same period a year earlier. As lockdowns deprived millions of Americans of their regular income, millions of others stepped forward to help — supplying money, food, services, and support of all kinds to people in need.

One other blessing of 2020: a heightened awareness of, and appreciation for, countless workers whom it had been so easy to overlook before — the delivery drivers and supermarket employees, postal clerks and transit operators, sanitation workers and hospital orderlies who kept doing their jobs even as the world went into meltdown. We finally learned to think of them as "essential workers," and to applaud and give thanks for what they do every day.