Lindsey Graham and the impeachment pearl-clutchers 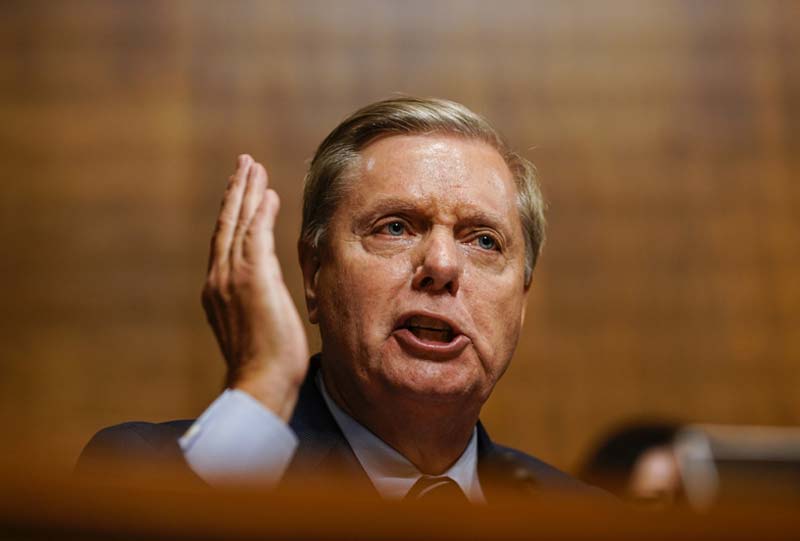 So it was hardly a revelation when South Carolina Senator Lindsey Graham, the Republican chairman of the Judiciary Committee, told an interviewer on Saturday that "I have made up my mind" that Trump's impeachment should "die quickly" in the Senate. "I'm not trying to pretend to be a fair juror here," he added.

The most common criticism was that Graham had preemptively violated the vow of impartiality he will have to take when impeachment reaches the Senate. It's a great talking point. It's also wholly disingenuous.

The Constitution requires that members of the Senate "shall be on Oath" when they take up an impeachment. At the trial's start, each senator will swear that "in all things appertaining to the trial of the impeachment of Donald Trump, now pending, I will do impartial justice according to the Constitution and laws."

In a real trial, the words "impartial justice" signify an open mind that has not prejudged the guilt or innocence of the accused. Judge and jury are expected to bring an unbiased objectivity to the courtroom. They must not reach a verdict until they have heard the evidence and arguments on both sides.

"But an impeachment trial is not a judicial trial, and senators are not members of a jury. They are partisan politicians. They have well-formed political opinions about the president, his behavior, and his fitness for office. Most of them know going in exactly how they intend to vote. That was the case at Andrew Johnson's trial in 1868 and at Bill Clinton's in 1999. It will be true at Trump's impeachment trial as well. It's why everyone already knows the Senate won't vote to remove the president.

"If the [Constitution's] Framers had wanted the president's fate to depend on politically neutral actors," political scientist Jonathan Bernstein wrote in a Bloomberg essay, "then United States senators are the very last people they would've given the responsibility to." Georgetown University's Matt Glassman, though he considers Trump unfit for office, makes a similar point: The impeachment mechanism is by design "almost wholly political" and "it's silly to demand that individual Senators conform to some notion of impartiality in the process."

Just as impeachment doesn't require a true crime, notwithstanding the constitutional standard of "high crimes and misdemeanors," neither does the Senate trial require true impartiality. During Clinton's impeachment trial, Democratic Senator Tom Harkin formally objected to the Republican House managers' repeated references to senators as "jurors." His objection was sustained by Chief Justice William Rehnquist, who instructed the managers to refrain from using that word to refer to senators.

">Graham's declaration that he's not going to "be a fair juror" was obnoxious. If his goal was to get a rise out of his listeners, he succeeded. But he's hardly the only senator to announce a conclusion before the trial even begins. Kamala Harris declared on TV more than two months ago that she would vote to remove Trump in a Senate trial. Connecticut's Richard Blumenthal published an essay declaring that Trump's deeds "deserve the strongest penalty Congress can provide — removal from office." Elizabeth Warren has vocally supported Trump's impeachment, and when asked in October whether she had seen enough evidence to support removing the president, she answered succinctly: "Yes."

Everything about an impeachment, from House investigation to Senate trial to White House defense, is drenched in politics. And so are journalists when they pretend to be shocked (shocked!) that members of Congress have made up their minds about whether to impeach and remove the most polarizing president in American history.