Roe's 'viability' standard has been overtaken by science 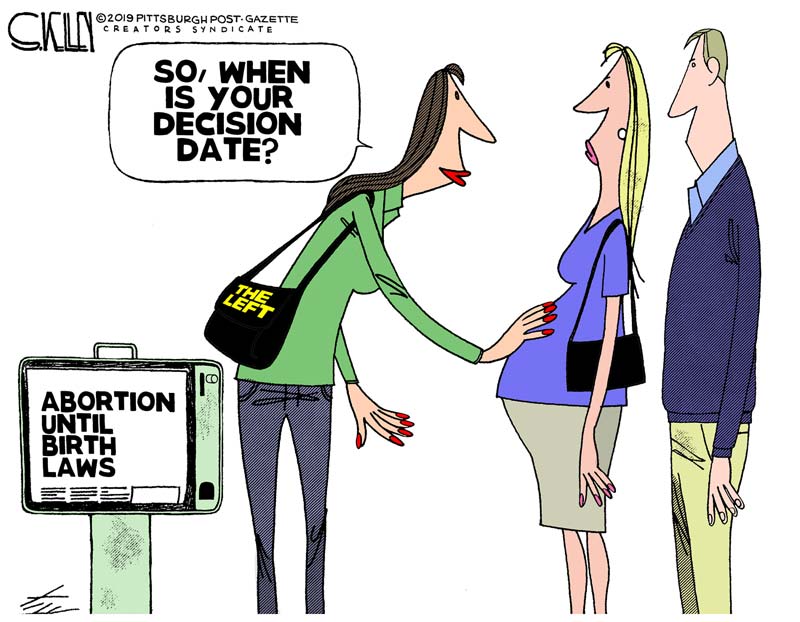 In the decades since the Supreme Court handed down its landmark abortion cases, Roe v. Wade in 1973 and Planned Parenthood v. Casey in 1992, have obstetrics and perinatal medicine made much progress?

The answer is obvious: Science in the field has advanced dramatically, making possible the survival of premature babies born much earlier in pregnancy than was conceivable when Roe and Casey were decided.

Yet during the oral arguments in Dobbs v. Jackson Women's Health Organization, the Mississippi abortion case, Justice Sonia Sotomayor seemed skeptical of the idea that science has changed its view of fetal viability. When Mississippi's solicitor general, defending his state's restrictive abortion law, remarked that Roe and Casey do not "take account of the last 30 years of advancements in medicine [and] science," Sotomayor interrupted to ask: "What are the advancements in medicine?" A short while later she repeated the question: "What has changed in science to show that the viability line is not a real line?"

In 1973, the Roe majority identified viability, the point at which a fetus is "potentially able to live outside the mother's womb," at usually about 28 weeks, or almost seven months. Yet by 1992 — when Casey reaffirmed Roe, and held that states could not bar a woman from "seeking an abortion before the fetus attains viability" — that point had moved back to 23 or 24 weeks. In 2015, the New England Journal of Medicine reported that some premature babies born as early as 22 weeks were successfully being kept alive in hospitals' neonatal units.

Last month came word that Curtis Means — an Alabama boy born prematurely last year at a mere 21 weeks of gestation — had officially set a record: At 16 months, now healthier than ever and living at home, he has been confirmed as the world's most premature baby to survive. (His twin sister, sadly, died after just one day.)

In short, the 49 years since Roe was decided have seen modern science, technology, and prenatal medicine shift the "viability line" from the 28 weeks typical in 1973 to as few as 21 weeks now. With sophisticated care provided in a modern hospital's neonatal units, it is possible today for a developing fetus to survive outside the womb at least a month and a half earlier than was the case in 1973.

Sotomayor and her colleagues will have to decide what bearing that has on the legality of Mississippi's law, which bans abortions after 15 weeks. This much, however, is clear: The Supreme Court's abortion jurisprudence is scientifically out of date, and the gap is widening.

Former Supreme Court justice Sandra Day O'Connor saw this coming years ago. Though a supporter of abortion rights, she realized early on that Roe's rigid viability standard wouldn't be able to keep pace with innovations in fetal medicine. "The Roe framework is clearly on a collision course with itself," O'Connor wrote in a 1983 opinion.

The ability to keep a baby alive after an extremely premature birth isn't the only way in which technology and science have changed the landscape. They have radically improved the ability to care for developing fetal life in the womb, too. In an amicus brief supporting Mississippi's position in the Dobbs case, several doctors with experience managing high-risk pregnancies detail some of the marvels that perinatal medicine and high-resolution imaging can now achieve:

In the decades since Roe v. Wade legalized abortion in every state, little has changed about the moral, religious, and philosophical arguments made by advocates on all sides. But two generations of medical and technological advances have indeed worked a change. Fetal diagnoses that once meant death now lead to lifesaving surgery. Preemies born in the second trimester may now survive to adulthood. Roe held that no state had a legitimate interest in preventing abortion until a pregnancy was almost seven months along. Even in 1973, that was an extreme position.

In 2021, science makes it unthinkable.