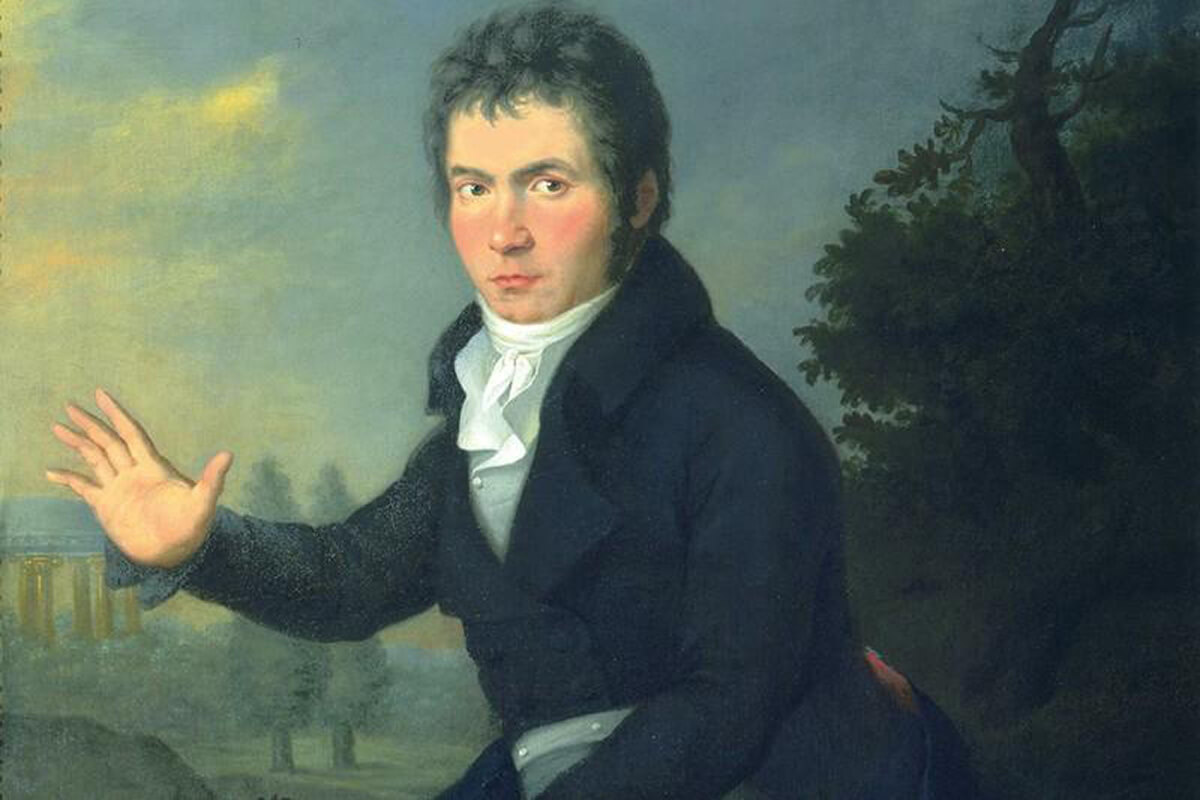 A Facebook user last year tagged me on a post in which he invited followers to indulge in a bit of musical and historical fantasy: "You have a time machine, and can travel to see one artist in concert, any location, any time. Where would you go?"

Most of the responses focused on legendary rock performances from the last few decades: the Beatles in Hamburg in 1962, Johnny Cash at Folsom Prison, Bruce Springsteen's 1974 show at the Harvard Square Theater.

My reply was a little different.

"I'm programming the time machine," I wrote, "for May 7, 1824 — Vienna — the premiere of Ludwig van Beethoven's 9th Symphony, with Beethoven himself conducting."


That was a stunning event. Beethoven had intended his new symphony — now universally regarded as one of the supreme masterpieces of Western music — to make its first appearance in Berlin, but a petition signed by dozens of Vienna's most prominent patrons changed his mind.

The concert marked Beethoven's first appearance on stage in 12 years, and musical Vienna was wild with anticipation. By this point in his life, Beethoven was totally deaf, so he conducted the performance, beating time and turning the pages of the score, unable to hear a sound. The performance was a triumph and the spectators were ecstatic.

But Beethoven knew nothing of the tumultuous applause until someone turned him around so he could see the audience giving him a rapturous standing ovation.

Oh, yes, I would travel back in time to witness that!

Wednesday marks the 250th anniversary of Beethoven's birth. He was a towering musical figure during his lifetime, and an incomparably influential one ever since. In the words of the New Grove Dictionary, the definitive English-language encyclopedia of music and musicians, Beethoven "is probably the most admired composer in the history of Western music."

Even people who know nothing about classical music have heard of Beethoven. You don't have to be a musical professional or an intellectual to be stirred by the passion of his titanic Third Symphony, the "Eroica," and even a child taking piano lessons can appreciate the flowing dreaminess of the "Moonlight" sonata's first movement. Beethoven is routinely name-checked in popular culture, from Chuck Berry's "Roll Over Beethoven" to a disco scene in "Saturday Night Fever" to Schroeder's devotion in the "Peanuts" comic strip.

Beethoven transformed the world's idea not only of what music should sound like, but also of who should hear it. "Before Beethoven, Western art music was usually created for the nobility and the church; after Beethoven, it was largely created for a new middle-class public," the critic Edward Rothstein has observed.

His democratizing effect on music endured long after his death. The first 33-1/3 rpm vinyl record ever made was of Beethoven's Fifth Symphony. In Boston's Symphony Hall, Beethoven's name is inscribed on a large medallion above the proscenium. "The other plaques were left empty," explains the Symphony Hall website, "since it was felt that only Beethoven's popularity would remain unchanged."

Descriptions of Beethoven's music, and of the way it distills the vast range of human emotion, are numberless. But his legacy goes further. More than any other classical musician, Beethoven is regarded as a champion of freedom and a foe of tyranny. Born during the German Enlightenment, he celebrated the virtues of reason and fraternity; he believed that tolerance and free thought were the keys to human progress. And he was deeply distressed when those values were crushed in Europe by the French Revolution and its aftermath.

In a famous incident, Beethoven at first dedicated his "Eroica" symphony to Napoleon, whom he regarded as a champion of liberation. But when Napoleon proclaimed himself emperor, Beethoven was outraged. He erased the dedication from his manuscript with such force that it tore a hole in the title page.

For generations, people have turned to Beethoven's music when liberty was at stake — "from the revolutions of 1848 and 1849, when performances of the symphonies became associated with the longing for liberty," wrote Alex Ross in a 2014 New Yorker essay, "to the Second World War, when the opening notes of the Fifth were linked to the short-short-short-long Morse code for V as in Victory." On Christmas Day in 1989, as the Iron Curtain was collapsing, Leonard Bernstein conducted a celebrated performance of the Ninth Symphony in Berlin. He memorably altered the lyrics in the symphony's climactic fourth movement, replacing each appearance of the word "Freude" with "Freiheit" — so that the chorus, on this occasion, sang not an "Ode to Joy" but an "Ode to Freedom." Bernstein said at the time: "I'm sure that Beethoven would have given us his blessing."


One of the most astonishing testimonials to Beethoven's music was penned in 1924 by Helen Keller, the renowned activist who was deaf and blind from childhood. In a letter thanking the New York Symphony Orchestra for a performance of the Ninth Symphony broadcast over the radio, Keller explained that she had been able to "hear" the music by placing her hand on the radio receiver.

"What was my amazement to discover that I could feel, not only the vibrations, but also the impassioned rhythm, the throb and the urge of the music. . . . My heart almost stood still," she wrote. "As I listened . . . I could not help remembering that the great composer who poured forth such a flood of sweetness into the world was deaf like myself. I marveled at the power of his quenchless spirit by which out of his pain he wrought such joy for others — and there I sat, feeling with my hand the magnificent symphony which broke like a sea upon the silent shores of his soul and mine."