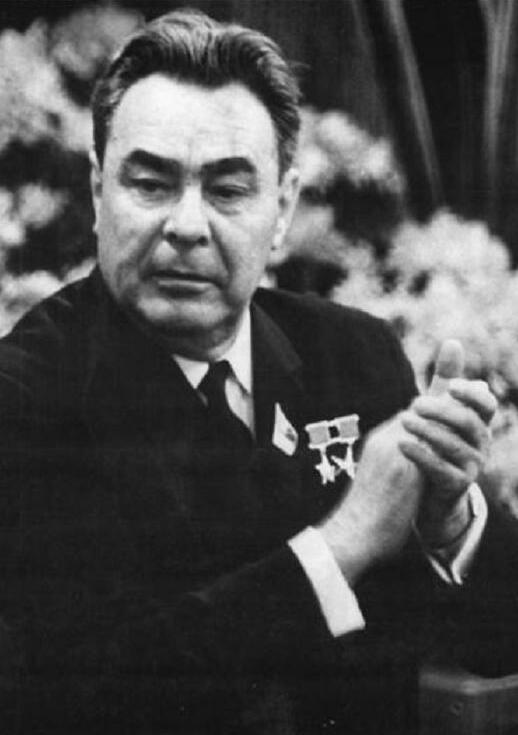 Leonid Ilyich Brezhnev, General Secretary of the Communist Party of the Soviet Union.

During the Cold War, the Soviet Union enforced a policy known as the the Brezhnev Doctrine. It declared that no communist country would be permitted to voluntarily leave what Moscow called "the world socialist system." When Czechoslovakia's government adopted a program of democratic reforms in 1968, the Soviets sent in the tanks to quash them. Under the Brezhnev Doctrine, communism could never be rolled back. Anywhere it was imposed, it must remain forever.

The Soviet Union is gone now, but the spirit of the Brezhnev Doctrine lives on among defenders of the American welfare state. When it comes to any entitlement, the attitude of the liberal Democratic establishment is that nothing can ever be reduced. Welfare handouts can only be enlarged, not restricted. Eligibility may be loosened, but never tightened. If government expands the population that qualifies for the dole, that expansion must remain forever.

So when the Trump administration last week issued a new rule that will close some widely abused loopholes in the federal food stamp program, the liberal-industrial complex erupted with predictable outrage.

His fellow New Yorker, Representative Alexandria Ocasio-Cortez, pointed out that her family used food stamps after her father died in 2008, while she was a teenager. Had the new rules been in place then, she tweeted, "we might've just starved. Now many people will."

This is the sort of apocalyptic rhetoric liberals roll out whenever anyone proposes to adjust a welfare entitlement that has grown too extravagant, or is being exploited in ways that lawmakers never intended. The historic welfare reform act signed by Bill Clinton in 1996 was denounced with just the same world-is-ending hysteria. Critics at the time wailed that the new law would wreak social devastation, condemning vast numbers of people, including a million children, to poverty, malnutrition, and death. In reality, welfare reform was a signal success. The welfare caseload shrunk by two-thirds, most former recipients found jobs, and the poverty rate fell dramatically.

The changes announced by the Trump administration are intended simply to plug a loophole in the longstanding requirement that able-bodied adults without dependents must work (or train) at least 20 hours a week in order to receive food stamps. Those who don't work can collect no more than three months of benefits in any 36-month period.

The problem is that states can request that the work requirement be waived for regions with high unemployment, and previous administrations went overboard in granting such waivers. Virtually the whole state of Illinois, for example, was granted a waiver. The Wall Street Journal noted the other day that "the average jobless rate in waived areas . . . was 4.5 percent." In a modern economy, that amounts to near-full employment. There is no reason why adults in those jurisdictions should be excused from the 20-hour work requirement.

The new regulations will disallow waivers in areas with jobless rates below 6 percent, and those that are granted will have a one-year limit. The administration will also ensure that each waiver applies to a legitimate local labor market, not to most of an entire state.

About 36.4 million Americans receive food stamps, and under the new rule about 688,000 of them, less than 2 percent, will be required to work in order to remain eligible. The changes apply only to able-bodied adults without children. They won't affect any recipient who is 50 or older, who has a disability, or who has dependents (like the teen-aged student AOC was in 2008).

Rarely has it been easier for a motivated worker to find a job. The unemployment rate is at an all-time low. According to the Labor Department, there are just 5.8 million unemployed adults in the country, while the number of available jobs is over 7 million. There couldn't be a better time to ensure that work requirements aren't flouted.

Federal law is clear: Healthy, unencumbered adults can collect food stamps only if they're working. Taxpayers shouldn't be expected to support fellow citizens who can work but won't. The administration's new rule will belatedly give some adults the push they need to find a job, restoring to their food stamps the purpose Congress intended: to help the needy up from dependency, not drag them further into it. On this issue, it isn't the White House that deserves scorn, but the Brezhnev-doctrine progressives howling in protest against a modest and overdue repair to the safety net.