Biden promised not to pardon Trump. Maybe he should do so anyway 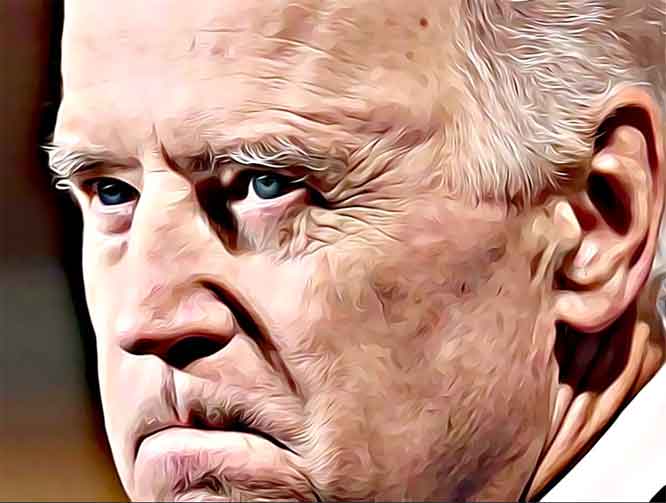 During a virtual town hall in May, a voter asked Joe Biden if, should he be elected, he would commit to "not pulling a President Ford" by pardoning Donald Trump "under the pretense of healing the nation."

Biden's answer was unequivocal. "Absolutely, yes," he said. "I commit."

At the time, there was no other answer he could have given. The presidential campaign was building to a boil. Biden, who had not yet been formally nominated, was working to unite all factions of his party behind the single objective of ejecting Trump from the White House. Any suggestion of future magnanimity toward a president so intensely loathed by tens of millions of Democrats would only have divided and demoralized Biden's base.

Seven months later, Trump is no less loathed. If anything, he is making himself even more despised by lashing out against a mythical vast left-wing conspiracy to steal the election and refusing to concede that Biden is the president-elect. Perhaps more than ever, much of the country is eager to see the 45th president of the United States brought to justice for his alleged wrongdoing, from campaign finance crimes to tax fraud to obstruction of justice. House Speaker Nancy Pelosi has said that she wants to see Trump "in prison," and countless Democrats agree. Just as countless Republicans have agreed with Trump's frequent demands that his political bĂŞtes noires — Biden, Hillary Clinton, even Barack Obama — should be arrested or jailed.

But a continuation of "lock 'em up" politics will not heal America's poisoned and polarized public culture. It will only make it more bitter, angry, and dysfunctional.


Biden has said that his goal is to "unite and heal this nation" and to be "a president who looks not to settle scores, but to find solutions." That is why he ought to rethink his commitment not to pardon Trump after he takes office.

When Gerald Ford granted Richard Nixon a "full, free, and absolute pardon" for any federal crimes he may have committed as president, he knew there would be a political backlash. In fact, the recoil was ferocious. The New York Times blasted the pardon as "a body blow to the president's own credibility." The Washington Post called it "nothing less than the continuation of a coverup." The ACLU savagely compared the pardon to Nuremberg trials "in which the Nazi leaders would have been let off." Overnight, Ford's public approval plummeted by 21 percentage points. Even his press secretary resigned in protest.

As a young senator in 1974, Biden had a front-row seat to this furor; he witnessed first-hand the abuse Ford took for sparing Nixon from prosecution. In 2020, as an aging president-elect, Biden knows that America came around to Ford's point of view.

Even implacable Nixon-haters in time acknowledged Ford's statesmanship and integrity. Senator Edward Kennedy, one of the fiercest critics of the pardon, honored Ford with the John F. Kennedy Profile in Courage Award in 2001, extolling the "courage and dedication to our country" that had "made it possible for us to begin the process of healing and put the tragedy of Watergate behind us."

Trump is a far more noxious character than Nixon ever was. There is zero chance that Trump would respond to a pardon as Nixon did, with a statement expressing "regret and pain at the anguish" he had caused. But there is also zero doubt that if Biden's Justice Department moves to investigate or indict Trump, the soon-to-be former president will be regarded as a martyr by millions of his worshipful admirers.


The partisan divide that is already the cause of so much bad blood in America will grow even wider and more vicious. The agitation and recriminations of the last four years will continue. Biden's hope of leading the nation out of its present sickness will come to nothing.

Biden said he would not pardon Trump. There are certainly strong reasons not to do so, among them that no man should be above the law — least of all a president who has treated the nation's constitutional and political norms with such corrosive contempt.

But the question for Biden isn't what Trump deserves, but what the nation needs. The polls may not be kind to the next president if he spares his predecessor from federal prosecution. But history will have the final say.