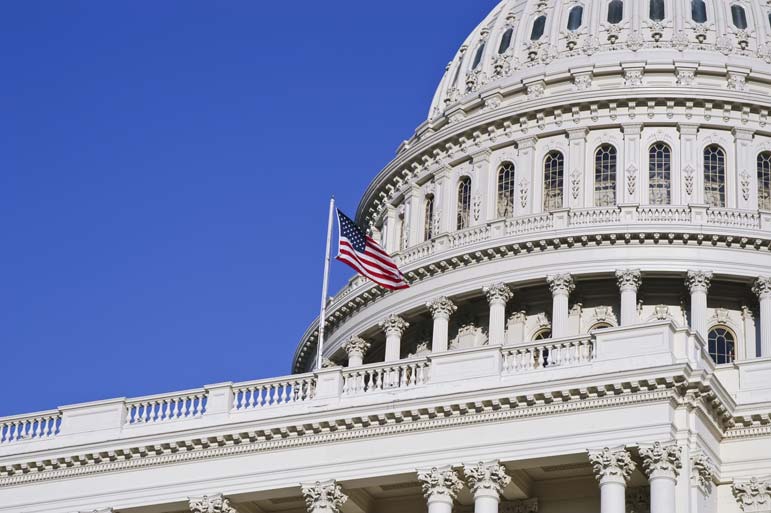 It is rare in this polarized era for legislation of moral and commercial significance to attract substantial support across party lines. A bill to fight slave labor in China is turning out to be a notable exception.

The Uighur Forced Labor Prevention Act, was introduced in March by Representative Jim McGovern, the Worcester Democrat who chairs the House Rules Committee, and by Republican Senator Marco Rubio of Florida. It would ban the importation of goods made in China's Xinjiang region, where more than 1.5 million Uighur Muslims are imprisoned in a vast gulag of internment camps, unless companies can prove that the goods were not made with forced labor.

It would also require US corporations to publicly disclose their ties to any Chinese entity involved in human-rights abuses in Xinjiang. In September, a nearly unanimous House passed the bill, 406 to 3. Now it is before the Senate, where it also has wide support. The bill could soon be signed into law by either President Trump or his successor, President-elect Joe Biden.

The New York Times reported last Sunday that Nike, Coca-Cola, Apple, and other major corporations have been spending enormous sums to lobby Congress to weaken the McGovern-Rubio bill, claiming that it "could wreak havoc on supply chains that are deeply embedded in China." That is undoubtedly true. According to the Congressional-Executive Commission on China, an independent federal agency that monitors Chinese human rights developments, American corporations that have manufacturing facilities in Xinxiang or that source raw materials from the province are "tainted by forced labor."

It is difficult for any company to have any commercial dealings in the province, the commission found, without benefiting from its systemic enslavement, human trafficking, mass detention, and extreme surveillance. In addition to Nike and Coca-Cola, the commission's list of companies suspected of using forced labor, either directly or indirectly, included Adidas, Calvin Klein, Campbell Soup, Costco, H&M, Patagonia, Kraft Heinz, and Tommy Hilfiger.

Of course American corporations don't openly endorse slave labor or excuse China's repression of Uighur Muslims and other minorities. Many of them hide behind a convenient fig leaf — that their Chinese operations are scrutinized by outside auditors for any complicity with human rights atrocities.

Coca-Cola, for example, told the Times that it "strictly prohibits any type of forced labor in our supply chain" and uses third-party auditors to keep tabs on its suppliers. Kraft Heinz likewise assured the Washington Post that its China operations have been approved by independent auditors.

But unbiased vetting of operations in China — the world's most Orwellian and intrusive police state — is a fantasy. In its findings, the Uyghur Forced Labor Prevention Act calls such audits "unreliable" because of the "inability of witnesses to speak freely about working conditions given government surveillance and coercion, and the incentive of government officials to conceal government-sponsored forced labor."

The Workers Rights Consortium, which investigates conditions in apparel factories worldwide, noted last year that in Xianjiang it "would not be feasible" for auditors to interview workers, because of the "ongoing threats against the families of the detainees." Any attempts to do so, it warned, "were more likely to endanger workers than yield reliable evidence."

No corporation with ties to China should be allowed to pretend that it is unaware of, or uninfected by, the industrial-scale assault on human rights in Xinjiang — or, indeed, the rest of the country. The Communist regime that rules China is one of the cruelest on the planet. From its occupation of Tibet to its persecution of Christians, from its its ruthless crushing of pro-democracy activism to its systematic harvesting of organs from prisoners of conscience, China engages in crimes against humanity on a vast scale. Especially horrific is its savagery in Xinxiang. Through mass incarceration, torture, compelled violations of religious principles, involuntary abortions and sterilization, family breakups — all in addition to forced labor — China is methodically eradicating its Uighur Muslim minority.

American businesses and their customers should not underwrite such crimes.

"A market economy can only work if its participants — producers and consumers alike — adhere to a moral framework," writes Shay Khatiri of Johns Hopkins University in an essay for The Bulwark. Free trade untrammeled by tariffs, quotas, export subsidies, and other protectionist mechanisms may be the world's greatest engine of prosperity and growth. But free trade is not free if it relies on human bondage or enriches those whose goal is the destruction of freedom. During the Nazi era, prominent US corporations — Kodak, General Motors, IBM, Coca-Cola, and even the Associated Press — collaborated with evil, turning a blind eye to the barbarities of the Third Reich in order to expand market share and make money. Prominent corporations today with factories or suppliers in Xinxiang are guilty of similar collaboration. So are those that provide the technology on which China's domestic totalitarian control network relies.

It isn't within the power of Congress to wipe out forced labor in China. But Congress does have the power to make Americans firms choose between publicly acknowledging that they benefit from Uighur enslavement or finding other places to do business. The importation of goods made by forced labor has been illegal in the United States since 1930, but the bill before the Senate would require companies to prove "by clear and convincing evidence" that their imports aren't implicated.


In other words, it would shift the burden of proof: Rather than allow goods to be banned only if the government demonstrates they were produced with forced labor, it would make companies responsible for demonstrating that their products are clean.

For too long, too many of America's greatest firms have publicly trumpeted their support for justice and human rights, even as they deepen their ties to the most powerful dictatorship on earth. The bill they are lobbying Congress to weaken would expose those ties to public pressure, and force them to change the way they do business

All the more reason for Congress to tune out the lobbyists' pleas and pass the legislation intact. =