A student debt bailout would be unjust 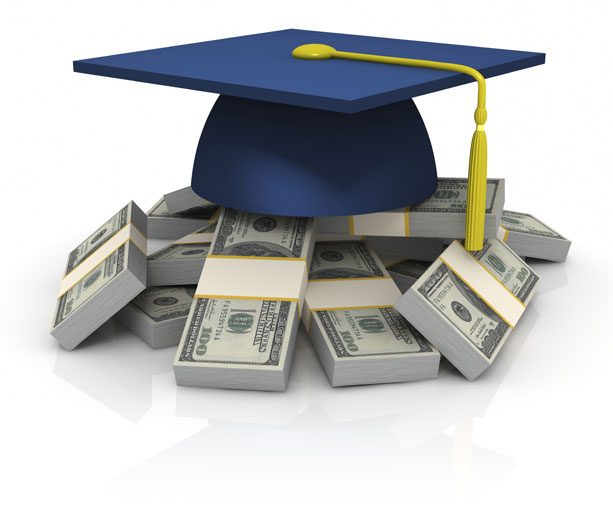 "My daughter's getting out of school. I saved all my money [so] she doesn't have any student loans," the man said. "Am I going to get my money back?"

"Of course not," Warren answered.

"So you're going to pay for people who didn't save any money, and those of us who did the right thing get screwed," said the father, visibly upset. "My buddy had fun, bought a car, went on vacations. I saved my money. He made more than I did, but I worked a double shift, worked extra. My daughter's worked since she was 10."

That exchange vividly illustrates the injustice of student-debt proposals that would, in effect, punish those who saved and worked more to pay for college, those who deferred higher education until they could afford it, and those who responsibly repaid their loans — by forcing them to pay for those who didn't. Even more outrageous, it would compel the two-thirds of Americans who didn't earn a college degree to help pick up the tab for many of those who did.

Of the nearly $1.7 trillion in student loan debt, according to the Federal Reserve, the vast majority, more than $1.5 trillion, is held by the US government. Since higher education correlates strongly with higher earnings, these college loans are concentrated among the relatively well-to-do. So an immense government program to forgive outstanding student debt would disproportionately benefit high-income people at the expense of those less fortunate. Democrats a year ago may have thought that offering a bailout to college-educated, upper-middle-class voters made political sense. But how can they still think so after an election in which the "blue wave" they expected never materialized, in part because of Republican gains among working-class Americans without college degrees?

Yet leading Democrats and progressives are doubling down. "Biden-Harris can cancel billions of dollars in student loan debt," Warren tweeted recently. Chuck Schumer, the Senate minority leader, claims that any college graduate's "first $50,000 of debt [can] be vanquished" through an executive order by the next president. On Wednesday, a coalition of 236 liberal organizations called upon Biden to issue that order upon taking office.

It is far from clear that billions of dollars of debt can be simply written off via presidential decree. But set aside the procedural question. A huge new student loan forgiveness scheme is indefensible as a matter of policy.

As noted, it would amount to a boon for the relatively well-off. But it would also treat similarly situated people dissimilarly. Imagine three 30-year-old neighbors, each of whom earns $50,000 — a construction worker who never went to college, a legal secretary with a two-year associate's degree and $2,000 in remaining student debt, and a software engineer who attended a four-year college and graduate school and still has $50,000 in unpaid loans. A bailout that erased $50,000 of student debt would give nothing to one of the neighbors, a modest $2,000 to the second, and a $50,000 bonanza to the third.

College loan forgiveness isn't just unfair. It is unnecessary. Some borrowers have a hard time managing their student debt, but the data make clear that this is not a national crisis. According to the Consumer Financial Protection Bureau, 70 percent of college loans are fully paid off within 10 years. Among borrowers with loan amounts between $5,000 and $10,000, fully 80 percent clear the debt within a decade.

For the typical American household paying down a student loan, the Federal Reserve's Survey of Consumer Finances has found, payments amount to around 5 percent of income. According to Jason DeLisle, a specialist on higher-education financing at the American Enterprise Institute, a recent analysis of 4 million families' financial records by the JP Morgan Chase Institute calculated that the typical monthly student loan payment ranged between $144 and $203. For the median family, that amounted to 5.5 percent of take-home income.

Of course, there are borrowers who find themselves struggling to make their payments. But those borrowers can avail themselves of existing means to have their debt deferred, reduced, or even canceled. By one count, there are 13 major student loan forgiveness programs. Some are geared to people who work in public service, education, health care, or the military; others enable borrowers to have their payments capped at an affordable percentage of their discretionary income. Bottom line: The overwhelming majority of college loans are paid off, and help is available for debtors who get in over their heads.


Even amid the financial stresses triggered by the pandemic, the American people are not drowning in debt, college-related or otherwise. Bloomberg noted the other day that household debt payments are currently lower than they have been in decades. Which suggests that even if the government were to forgive all student loan debt, it wouldn't provide much of a fiscal stimulus.

What it would provide is an unstoppable demand for the government to wipe out other kinds of personal obligations. "Cancel rent. Cancel mortgage. Cancel student debt," Representative Ayanna Pressley tweeted in July. And why stop there? From Matthew Walther, writing in The Week, comes a call for a "debt jubilee" that would wipe out $50,000 of debt owed for anything at all: "credit cards, auto loans, remaining mortgage balances, and, especially, medical debts, which should be discharged without any limit."

Children send Santa Claus lists of things they want for free, but adults know that Santa isn't real. Santa isn't the federal government, either. Washington cannot magically make people's debts disappear; it can only compel other people to pay them. That may or may not be good politics, but it is certainly terrible economics. =