When the CIA gets it wrong 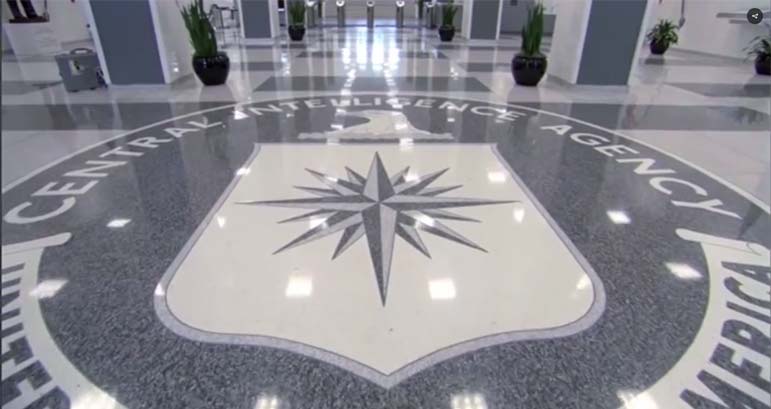 The Wall Street Journal last month peeled back the layers on what the intelligence community was telling President Joe Biden as he moved to bring the US military involvement in Afghanistan to an end:

Leading US intelligence agencies failed to predict the rapid Taliban takeover of Afghanistan prior to the final withdrawal of American troops and instead offered scattershot assessments of the staying power of the Afghan military and government, a review of wide-ranging summaries of classified material by The Wall Street Journal shows.

The nearly two dozen intelligence assessments from four different agencies haven't been previously reported. The assessments charted Taliban advances from spring 2020 through this July, forecasting that the group would continue to gain ground and that the US-backed government in Kabul was unlikely to survive absent US support.

It was widely, though not universally, believed that the Afghan government and military would eventually succumb to the Taliban without the bolstering presence of the US military. But none of the intelligence agencies foresaw what actually came to pass: a lightning sweep into the Afghan capital on Aug. 15, even as US forces remained on the ground.

For example, the CIA had issued a report on May 17, "Government at Risk of Collapse Following US Withdrawal," that predicted the government of Afghan President Ashraf Ghani would fall by year's end. A few weeks later, it updated that report with one that extended the prospect of a Taliban conquest within two years.

A different intelligence agency had a brighter outlook:

A June 4 Defense Intelligence Agency report, meanwhile, said the Taliban would pursue an incremental strategy of isolating rural areas from Kabul over the next 12 months, according to a summary. In an "Executive Memorandum" on July 7, the DIA said the Afghan government would hold Kabul.

A report by yet another agency, "Implications of Full US Troop Withdrawal," was published in December by the National Intelligence Council, which conducts strategic analysis for the Director of National Intelligence. The NIC predicted a rapid Taliban takeover — but largely after US troops were gone.

As the Journal notes, "assumptions that the Afghan security forces and government could hold out for some time were central to the administration's withdrawal plans."

Those called for the US military to draw down rapidly while the embassy remained well-staffed to provide visas and other support to Afghan allies weeks and months after American troops left.

When the Afghan government cratered, the US military . . . reversed course, sending thousands of troops to evacuate the embassy and Afghans. In the ensuing rush, a suicide bombing and other violence killed scores more Afghans and 13 US service members. Tens of thousands of Afghan allies and about 200 Americans were left behind.

Bottom line: The intelligence community's consensus was that the government of Afghanistan could not hold out forever against the Taliban once the US-led coalition was gone, but that Kabul was not in imminent danger of falling to the enemy. Turns out, it was.

To be fair, there is no reason to think that a different consensus would have changed Biden's mind. In July, the president scorned the notion that the Taliban could seize the country at all. "The likelihood there's going to be the Taliban overrunning everything and owning the whole country is highly unlikely," he said. A month later, he interpreted the rapid collapse of Kabul as evidence that he was right all along, since nothing could have saved the Ghani government. "The events we're seeing now," Biden said as the Taliban seized the capital amid what he called the "gut-wrenching" horror of Kabul's fall, "are, sadly, proof that no amount of military force would ever deliver a stable, united, secure Afghanistan."

Whether you agree or disagree with Biden's decision to pull out of Afghanistan, it seems the nation's intelligence services gave him no reason to expect that it would blow up in his face in real time, with Americans and Afghan allies left behind as the US military scuttled to leave the country.

This was hardly the first time US intelligence agencies were caught unawares on a critical matter of national security.

Consider the subject of Iran's nuclear-weapons ambitions, which has long bedeviled US policymakers and goes to the heart of whether any Iranian nuclear deal is verifiable. Verification depends on intelligence. Yet when it comes to flushing out clandestine nuclear activity by hostile regimes, America's intelligence services have compiled an almost unrelieved record of failure.

The United States knew nothing about the key Iranian nuclear facilities at Arak and Natanz, for example, until Iranian exiles revealed their existence in 2002. It was years before the United States discovered that Iran had constructed a secret enrichment operation called Fordow inside a mountain bunker near the city of Qom.

And it's not just Iran. Time and time again, Washington has been caught flatfooted by other governments' nuclear advances.

The CIA was badly surprised when the Soviets tested their first nuclear bomb in 1949. It was caught unawares when India and Pakistan joined the nuclear club in 1998. America's intelligence community severely underestimated Saddam Hussein's nuclear progress before the first Gulf War and badly overestimated his stock of weapons of mass destruction on the eve of the 2003 war. The presence of WMD, CIA Director George Tenet famously assured President George W. Bush, was a " slam-dunk."

In 2005, the bipartisan Robb-Silberman commission — formed to examine the grievously flawed estimates of Iraqi WMDs — issued a damning assessment: "Across the board," the commission reported, "the intelligence community knows disturbingly little about the nuclear programs of many of the world's most dangerous actors."

The blunders and blind spots haven't been limited to nukes.

The CIA didn't anticipate the invasion of South Korea in 1950, the emplacement of offensive missiles in Cuba in 1962, the Iranian revolution and Soviet invasion of Afghanistan in 1979, or Iraq's march into Kuwait in 1990. For that matter, US intelligence services were stunned by the attack on Pearl Harbor in 1941. And by the 9/11 hijackings six decades later.

In his absorbing history of the CIA, Legacy of Ashes, Tim Weiner recounts example upon example of the storied intelligence agency failing to see what was coming. Here are two of those examples. The first is from October, 1950, as the Korean War was raging:

[T]he agency kept advising Truman that China would not enter the war on any significant scale. On October 18, as MacArthur's troops surged north toward the Yalu River and the Chinese border, the CIA reported that "the Soviet Korean venture has ended in failure." On October 20, the CIA said that Chinese forces detected at the Yalu were there to protect hydroelectric power plants. On October 28, it told the White House that those Chinese troops were scattered volunteers. On October 30, after American troops had been attacked, taking heavy casualties, the CIA reaffirmed that a major Chinese intervention was unlikely. A few days later, Chinese-speaking CIA officers interrogated several prisoners taken during the encounter and determined that they were Mao's soldiers. Yet CIA headquarters asserted one last time that China would not invade in force.

Two days later 300,000 Chinese troops struck with an attack so brutal that it nearly pushed the Americans into the sea.

Forty-five years later, the CIA proved equally clueless about what was happening in the Balkans:

In Bosnia, on July 13, 1995, as the world's press reported mass killings of Muslims by Serbs, a spy satellite sent back pictures of prisoners being guarded by gunmen in fields outside the town of Srebrenica. No one at the CIA looked at that picture for three weeks. No one had thought that the Serbs would conquer the town. No one anticipated a slaughter. No one paid heed to human-rights groups, the United Nations, or the press. The CIA had no officers and no agents in the field to corroborate what they were reporting. It had no information about any atrocities. . . .

Two weeks after the first press accounts of a slaughter, the CIA sent a U-2 over Srebrenica; the plane recorded images of freshly dug mass graves in the fields where the prisoners had stood. Those photos arrived at the CIA on a regular military courier flight three days later. And three days after that, a CIA photo analyst matched up the location of the first satellite image of the prisoners in the field with the second U-2 image of burial sites. The analysis landed at the White House on August 4, 1995.

Thus did the CIA report, three weeks after the fact, the biggest mass murder of civilians in Europe since Hitler's death camps fifty years before. Eight thousand people were dead, and the agency had missed it.

Of course there is no guarantee that a president will listen when the intelligence community does connect the dots and accurately warn of trouble to come. As early as 2012, the Defense Intelligence Agency predicted the rise of the Islamic State in Iraq. The Obama White House was repeatedly warned that ISIS was a terrorist horror show in the making that needed to be confronted and stopped. But the president, unwilling to concede that pulling out of Iraq had been a mistake, insisted on minimizing the threat. On one occasion, in 2014, he even belittled ISIS as a mere "JV" squad.

To err is human, of course, and it wouldn't be just to hold either intelligence analysts or presidents to superhuman expectations. But neither should we imagine that their pronouncements are endowed with superhuman insight and perspicacity. Men and women don't become smarter or wiser or more far-seeing because they work for the government. Faced with a delicate decision, they make the wrong call at least as often as you or I do. It has ever been thus, and ever will be.

In our era as in every era, national-security policymakers depend on high-quality espionage and the most accurate information available. Sometimes they get it. All too often they don't. If the CIA and its sister agencies had foreseen that Kabul would fall within hours, not weeks or months, of America's departure, maybe nothing would have changed. But this much, at least, is clear: Even with the very best intelligence, presidents and other high officials are apt to blunder. When the intelligence they get is faulty, they are all but sure to.