Biden's tax hikes will get you, too 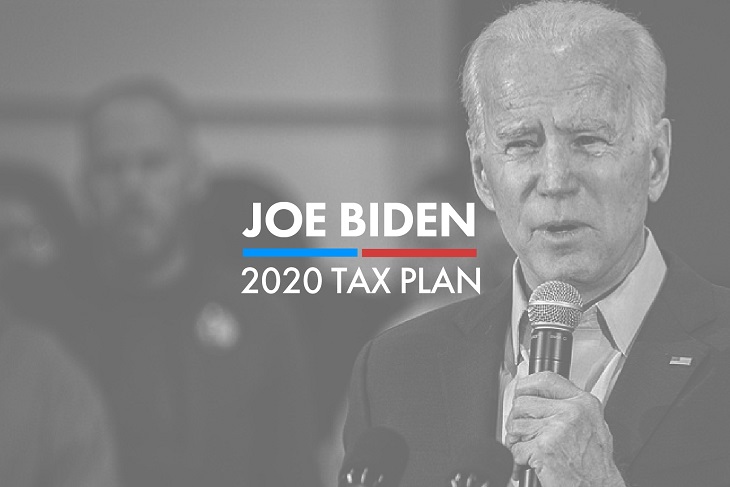 It isn't surprising that Democratic candidates talk this way, promising to soak the top 1% of income earners and leave everyone else untouched. But it is remarkable that voters still fall for it.

It wasn't that long ago, after all, that Barack Obama ran for president and made a similar promise:

"I can make a firm pledge. Under my plan no family making less than $250,000 a year will see any form of tax increase. Not your income tax, not your payroll tax, not your capital gains taxes, not any of your taxes."

That commitment not to raise taxes on anyone with less than a quarter-million-dollar annual income was a signature plank of the Obama-Biden platform. But the promise was broken. The Affordable Care Act (ACA), signed into law by Obama, imposed a penalty tax of $695 on any individual, and $2,085 on any family of four, who failed to purchase "qualifying" health insurance as defined by the Obamacare regulations.

About 8.1 million tax filers paid the penalty in 2014; another 6.7 million paid it in 2015. The overwhelming majority of households affected by the tax earned less than $50,000 in income, the IRS reported. In short, low and middle-income families, not the superrich, bore the brunt of the Obamacare tax.

A second Obamacare provision raised the threshold that had to be cleared before medical and dental expenses could be deducted. When Obama came to office, that threshold was 7.5% of gross income. When he left, it was 10% — another way in which low- and middle-income households were hit with higher taxes.

Both of those tax increases were eliminated by the Tax Cuts and Jobs Act of 2017, which was passed without the vote of any congressional Democrat and signed by President Trump. Both of them would be reinstated under Biden, who has said again and again that one of his first priorities as president will be to repeal the "Trump tax cuts." He has also said explicitly that he would " bring back the individual mandate," including its tax penalty, that was part of the original ACA.

The 2017 tax law was denounced by many Democrats and Trump foes as a "tax scam," designed to rob middle-class families in order to enrich the wealthy. But there is universal agreement by tax experts — and even by reliably pro-Biden media outlets, as a roundup by Americans for Tax Reform shows — that the law in fact cut taxes for the vast majority of Americans:

In its fact check, the Washington Post stated: “Most Americans received a tax cut.”

The New York Times also flatly stated: "Most people got a tax cut."

CNN's Jake Tapper did his own fact check and concluded: "The facts are, most Americans got a tax cut."

CNN also stated: "In fact, estimates from both sides of the political spectrum show that the majority of people in the United States of America did receive a tax cut."


Biden’s claim that he intends to repeal the 2017 tax cut en route to increasing federal revenue by $4 trillion is impossible to square with his promise to support tax changes that will pinch only the top 1% of income earners. But even when his formal plan is taken at face value, analysts across the spectrum conclude that its tax increases will not be limited to plutocrats.

Here is the right-leaning American Enterprise Institute: “Biden’s proposals would increase taxes, on average, for households at every income level and make the federal tax code more progressive.” The left-leaning Tax Policy Center agrees: “In 2021, the proposals would increase taxes, on average, on all income groups, but the highest-income households would see substantially larger increases.”

Joe Biden promises to raise taxes only on the very wealthy. He also promises to repeal of the Trump tax cuts.
the Wharton school at the University of Pennsylvania, “almost 80% of the increase in taxes under the Biden tax plan would fall on the top 1 percent of the income distribution” — which is another way of saying that more than one-fifth of the tax increases would fall on the other 99 percent. Crunching the Wharton paper’s data, economist Joseph Sullivan notes that under Biden’s proposal, “82.6% of American households can expect a tax increase” — a share that rises to 95% for the top half of income earners, i.e., households making more than $68,000 per year.

None of this takes into account the indirect effect of Biden’s vow to raise the corporate income tax rate from 21% to 28%. On the surface, those taxes are paid by businesses, but economists concur that most corporate tax payments come at the expense of employees’ earnings. When the corporate tax rate drops, as it did under the 2017 tax law, wages go up. (In the first two years after the law took effect, earnings went up across all income levels, especially among blue-collar workers.) A corporate tax hike, conversely, would hit ordinary workers in their wallets, either by depressing their wages or reducing the number of jobs and promotions. It will also shrink the value of assets held in the retirement accounts and pension plans on which tens of millions of non-wealthy American workers now rely for economic security in their old age. It is certainly true that Biden and Harris are proposing to raise taxes on Americans making more than $400,000. It is decidedly not true that their plan?