The most important election (since the last election) 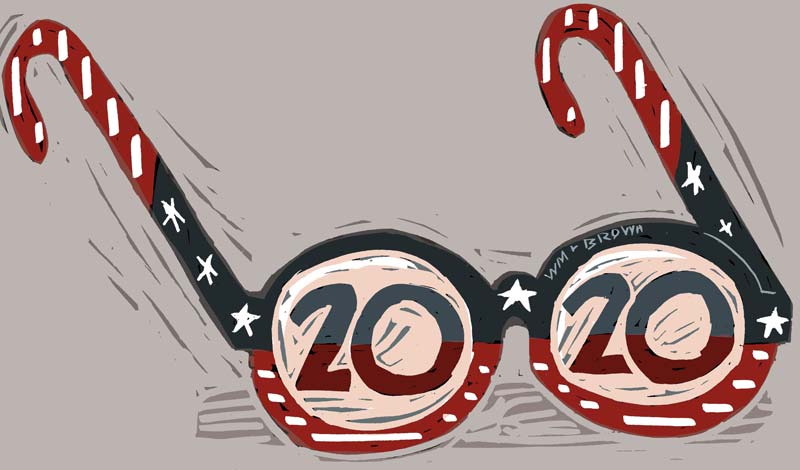 On countless issues, Americans are more divided than ever. But if there's one thing we agree on, it's that the 2020 presidential election is the most important any of us has ever experienced.

So what else is new? Every presidential election is the most important election.

On the eve of Election Day in 2016, the then-vice president told a crowd in Virginia that "there has never been a more important tomorrow in modern electoral history." Four years before that, campaigning in Iowa, Biden said the 2012 race between Barack Obama and Mitt Romney could be described without "hyperbole or an exaggeration" as "the most important election [and] the starkest choice between candidates we've seen in our lifetime." That's pretty much what he said in 2008, when Obama and John McCain were on the ballot: "This is the most important election you will ever, ever have voted in, any of you, since 1932." Earlier still, stumping for John Kerry in 2004, Biden assured voters that "this is the single most important election in your lifetime."

Amid all the upheavals of 2020, it's comforting to know that some rituals remain intact. The coronavirus pandemic may have upended much that we took for granted, from handshakes to crowded airplanes, but it hasn't dislodged the American tradition of proclaiming each election the Big One, the one in which the stakes are greater than ever, the one that history will regard as the hinge on which America's fate turned.

Gallup regularly asks voters whether "the outcome of this year's presidential election matter[s] to you more than in previous years." More than 70 percent now say that each election is more consequential than the last. It is tempting to see this as the byproduct of a culture in which government intrudes into nearly every aspect of American life. As the federal establishment metastasizes, ever more seems to ride on which party controls the presidency. It isn't hard to see why voters invariably feel that this election will be the most momentous yet.

That theory appeals to my libertarian instincts — perhaps people cared less about politics when government didn't inject itself into every nook and cranny of society — but history doesn't bear it out.

Government in 1960 was not nearly as all-pervading as it is today, but John Kennedy frequently told voters that he and Richard Nixon were competing in "the most important election since the election of Lincoln 100 years ago." The Rev. Billy Graham, delivering an invocation at a Nixon rally that year, prayed that "G od's will be done" in what would be "the most crucial election in American history." Washington was even less powerful in 1952, when Harry Truman, campaigning for Adlai Stevenson, urged New Hampshire residents to back the Democratic ticket in "the most critical election since the Civil War."

Then again, that's what opinion leaders said when memories of the Civil War were still vivid.

As Benjamin Harrison and Grover Cleveland faced off for the second time, in 1888, The New York Times informed its readers that "the Republic is approaching what is to be one of the most important elections in its history." In a lengthy editorial 20 years earlier, The Atlantic Monthly excoriated the Democratic Party and said of the upcoming 1868 presidential election: "It would, indeed, be no exaggeration to say that it will be the most important election that Americans ever have known."

Examples could go on indefinitely, but this column can't. So one final illustration: In October 1840, an editorial in the Extra Globe, an influential Washington newspaper, warned that "the most important election since the days of Jefferson is at hand. It is an election which is to decide the character of our Government, perhaps forever."

We in 2020 know better, of course. This is the most important election the United States has ever known.

Until the next one.