With COVID-19, every disagreement became a culture-war flashpoint 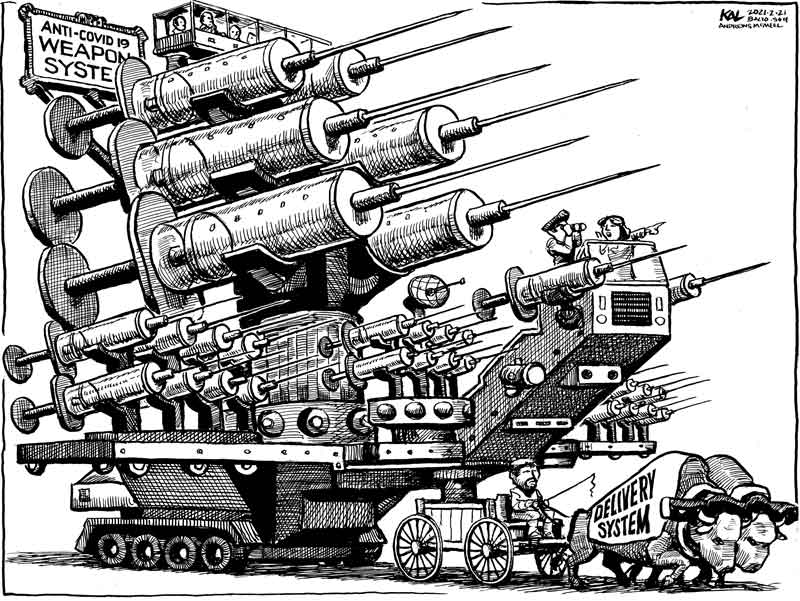 It was just over a year ago, on Oct. 4, 2020, that a group of doctors and medical experts, most of them specialists in epidemiology, immunology, and related public health disciplines, published a statement challenging the wisdom of the widespread COVID-19 lockdowns.

The primary authors of the "Great Barrington Declaration" — it was named for the town in Western Massachusetts where it was drafted — were three scientists with blue-chip credentials: Martin Kulldorff, a professor of medicine at Harvard; Sunetra Gupta, an infectious disease epidemiologist at Oxford; and Jay Bhattacharya, a physician and professor at Stanford Medical School.

"Coming from both the left and right, and around the world, we have devoted our careers to protecting people," began the declaration, which was soon signed by thousands of additional public health scientists and doctors. "Current lockdown policies are producing devastating effects on short and long-term public health."

The scientists warned that "keeping these measures in place until a vaccine is available will cause irreparable damage, with the underprivileged disproportionately harmed." They argued instead for a policy focused on protecting those most at risk from the virus, namely the old and infirm, while allowing others to resume normal life with common-sense precautions.

The relatively brief declaration was accompanied by a much more detailed analysis of lockdowns and their collateral damage, and of the best ways to shield the elderly and people in other high-risk groups. This was clearly a serious proposal by highly credible epidemiologists, who were concerned that the lockdowns were resulting in more injury than improvement.

Kulldorff, Gupta, and Bhattacharya expected their views to be challenged — after all, lockdowns had become the primary default strategy for containing COVID-19 in nearly every jurisdiction — but they never expected the whirlwind of denunciation and censure that their statement provoked.

For a year, the three scientists have been "vilified," reported The Berkshire Eagle last week. Bhattacharya told the paper he is worried for his safety "amid a campaign to censor him on the [Stanford] campus where he has worked for 35 years." Harvard's Kulldorff said he, too, "continues to face denunciation."

Reflecting on their experience in an essay for the British website Spiked, the scientists expressed astonishment that their good-faith critique of the lockdown strategy caused them to be subjected to a "multi-pronged propaganda campaign" and demonized for their views.

But that's been the story of this pandemic. As with so much else in contemporary American life, every disagreement has been turned into an ideological battle. Anyone dissenting from the prevailing opinion was far less likely to get a respectful hearing than to be denounced and ostracized as a heretic.

Whether the subject was lockdowns, masking, social distancing, vaccination, the origins of the virus, or even what the disease should be called, dogmatism consistently drowned out honest debate. There should have been a lively, ongoing process of questioning, testing, and revising scientific insights into COVID-19 and how best to confront it.

Yet too many people preferred to dig in their heels, refusing to acknowledge that critics or dissidents might have a legitimate point. Again and again, on both the right and the left, people have insisted on viewing public health measures through a political or partisan lens.

In retrospect, it seems clear that the Great Barrington authors were on target in doubting the advisability of sweeping lockdowns. Numerous studies have found that shutting down the economy was largely futile in preventing COVID's spread and achieved little that could not have been done through less restrictive means.

Whatever effect the lockdowns had on containing the coronavirus, there is no disputing that they damaged public health in many other ways, including domestic abuse, mental illness and addiction, anxiety and depression among children, deterioration in oral health, missed cancer diagnoses, and thousands of additional deaths from untreated heart disease.

None of this means that the Great Barrington Declaration was unassailably correct, let alone that its prescriptions, if adopted, might not have caused other problems. But did it have to become a flashpoint in the culture war? In the midst of a pandemic, respected epidemiologists ought to be able to raise questions about prevailing public health policy without being savaged as fools or apostates.

The fact that they couldn't is appalling, and should make all of us uneasy, lockdown supporters and detractors alike.