Support for the death penalty --- sorta 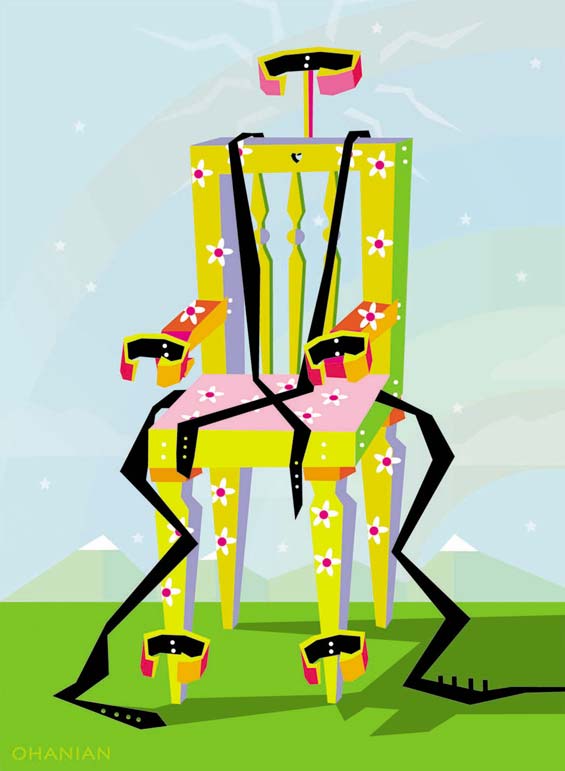 The news was shocking, but not surprising.

On Monday, the FBI confirmed what officials had been telegraphing for months: The number of murders in the United States soared by nearly 30 percent in 2020, far and away the greatest one-year increase since the federal government began compiling national homicide data 60 years ago.

Why the surge in killings? There is no single explanation. But the three most frequently cited factors were (1) the sharp rise in gun sales last year, since the great majority of homicides were shootings; (2) the severe social, economic, and psychological stresses unleashed by the COVID-19 pandemic; and (3) the backlash against police departments in the wake of George Floyd's murder, which simultaneously drove thousands of cops to quit their jobs and led to a significant drop in 911 calls to report criminal behavior.

Yet 2020â€˛s deadly spike, unusually grim though it was, looks like part of a trend. It was the fourth annual rise in killings in the past six years. The nation's homicide rate (murders per 100,000 people) is now at 6.5. It has not been that high since 1997, and 2021, so far, is looking even worse. If indeed there are even more murders this year than last year, it will be hard to deny that America's long decline in murder is well and truly over. And if history is any guide, an upward climb in the murder rate is likely to lead to a surge in something else: support for capital punishment.

According to Gallup, which has been measuring public opinion on the subject since the 1950s, support for punishing murder with death fell to an all-time low of 42 percent in 1966. But it began to climb steadily in the 1970s, in tandem with a murder rate that was rising alarmingly.

By the early 1990s, when some 24,000 Americans were being killed each year and the murder rate had soared to 9.8 per 100,000, support for the death penalty was overwhelming: In 1994, it reached an all-time high of 80 percent. That was the year President Clinton signed the Violent Crime Control and Law Enforcement Act — the 1994 crime law, drafted by then-Senator Joe Biden, that dramatically expanded the number of offenses punishable by death.

Over the next two decades, there was an astonishing decline in killings in America, part of a downward plunge in violent crime that experts still cannot fully explain. And as homicides decreased, support for the death penalty did too. By 2014, the murder rate had sunk to 4.4 per 100,000, the lowest ever recorded.

Soon thereafter, the Pew Research Center was reporting that "the share of Americans who support the death penalty for people convicted of murder is now at its lowest point in more than four decades."

Death sentences and executions are also at their lowest point in decades. Only 17 killers were put to death last year, the fewest since 1991. Only 18 new death sentences were imposed. "Capital punishment is withering away," wrote George F. Will approvingly in 2015.

Like many in elite media and opinion circles, he disapproves of the death penalty. "Society has decided that state-inflicted deaths, far from being wholesomely didactic spectacles, are coarsening and revolting," he concluded. That is now the standard view on the liberal left and libertarian right. Biden, who has always adapted his views to his party's mainstream, jettisoned his longtime support for the death penalty when he launched his presidential campaign in 2019.

And yet six out of 10 Americans continue to believe that capital punishment should not be discarded from the criminal justice toolbox — a belief that intensifies as murder grows more prevalent. "The use of the death penalty is gradually disappearing in the United States," begins a new Pew report.

"Yet the death penalty for people convicted of murder continues to draw support from a majority of Americans despite widespread doubts about its administration, fairness, and whether it deters serious crimes."

That is as it should be. Americans are right to support the death penalty, and they are right to have reservations about it. Like chemotherapy, war, or a presidential impeachment, it is strong medicine with potentially unwelcome side effects, not to be prescribed casually or heedlessly. But there are times when strong medicine is what prudence and morality require.

Capital punishment as a policy has always been controversial and always generated strong arguments, pro and con. Indeed, Gallup's compilation of decades of poll results consistently shows the share of respondents with no opinion on the death penalty to be in the low single digits.

And yet public sentiment, over time, has shifted markedly in both directions. As support waned in recent decades, death-penalty foes flattered themselves that it was because their arguments were better, stronger, or more effective. I've come to the conclusion that a gut-level sense of right and wrong, not any debater's argument, is what determines most people's view — and that what their gut tells them is apt to change as murder rates go up and down.

Our never-ending capital punishment debate ultimately comes down to one question: Should a judge and jury have the option of imposing the death penalty if they decide that's what justice requires? Most Americans say yes, knowing that most judges and juries will never invoke the option.