A plea for humility from America's first superstar 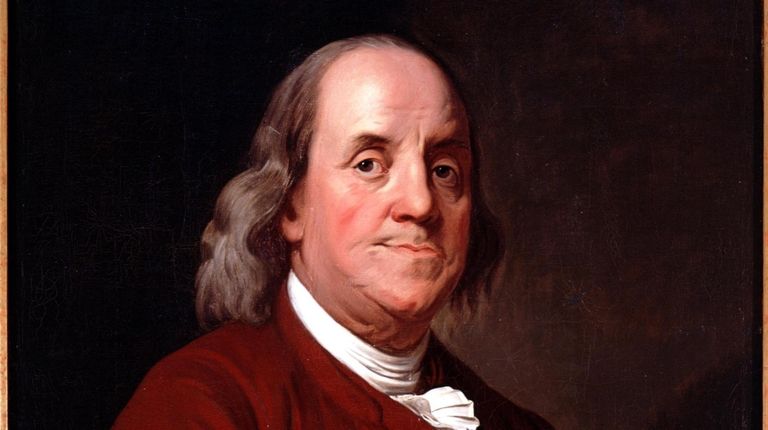 "The older I grow," said Benjamin Franklin, "the more apt I am to doubt my own judgment."

On Sept. 17, 1787, the federal convention in Philadelphia completed its work. Originally convened to draft improvements to the flawed Articles of Confederation, the delegates had quickly shifted gears, deciding instead to develop an entirely different system of government. Over nearly four months of grueling debate, they crafted something brand new: the Constitution of the United States. On Sept. 15, the text was engrossed on parchment. Two days later, the document was presented to the delegates for their approval.

Many Americans have heard the story of the woman who approached Benjamin Franklin as the delegates emerged from their proceedings in Independence Hall, which had been conducted in secret. "Well, doctor," she asked, "what have we got — a republic or a monarchy?" Franklin famously replied: "A republic, if you can keep it."

Far more profound than that tossed-off rejoinder, however, were the less well-known words spoken earlier that day, in Franklin's extraordinary closing address to the convention. His message of political compromise and intellectual modesty is one our society, so angrily uncompromising and immodest, badly needs to hear.

At 81, Franklin was by a considerable margin the oldest delegate to the convention. He was the only man present who had signed both the Declaration of Independence and the Treaty of Paris, which ended the Revolutionary War. As a statesman, a scientist, and an intellectual, he was the most famous American in the world, and, with the possible exception of George Washington, the most respected member of the convention.

The Constitution incorporated provisions that Franklin had opposed. He had strongly favored a plural executive, for example. He had advocated for the direct election of judges, and argued that federal officials should serve without pay. The final document by no means represented what he considered ideal. The same was likely true for every other delegate.

Indeed, some members of the convention regarded the new system's shortcomings as so wrongheaded that they had walked out before the final vote. There were fears that the coming fight over ratification of the Constitution might be so bitter, it would end in violence. Worried "that a civil war may result from the present crisis," Elbridge Gerry described the political acrimony in his home state of Massachusetts: "In that state there are two parties — one devoted to democracy, the worst . . . of all political evils, the other as violent in the opposite extreme."

But Franklin thought nothing could be worse than for the new Constitution to make its appearance amid open dissension among its drafters. Drawing on his skill as a diplomat, he urged his colleagues to set their differences aside and accept the document in a spirit of cooperation.

"I confess that there are several parts of this constitution which I do not at present approve, but I am not sure I shall never approve them," Franklin began. "For having lived long, I have experienced many instances of being obliged by better information, or fuller consideration, to change opinions even on important subjects. . . . [T]he older I grow, the more apt I am to doubt my own judgment, and to pay more respect to the judgment of others."

People have a bad habit of falling in love with their own opinions, said Franklin, and of sneering at the unsoundness of other people's views — a phenomenon even truer in the 21st century than it was in the 18th. He implored the delegates to resist that temptation and to support the Constitution despite their misgivings.

"I agree to this Constitution with all its faults," he said. "I doubt too whether any other convention we can obtain may be able to make a better Constitution. For when you assemble a number of men to have the advantage of their joint wisdom, you inevitably assemble with those men all their prejudices, their passions, their errors of opinion, their local interests, and their selfish views. From such an assembly can a perfect production be expected? . . . I consent, sir, to this Constitution because I expect no better, and because I am not sure that it is not the best. The opinions I have had of its errors, I sacrifice to the public good. I have never whispered a syllable of them abroad. Within these walls they were born, and here they shall die."

Franklin moved that a line be added to the final document, declaring that it had been accepted "by the unanimous consent of the States present" — a formulation that would allow even the minority of delegates who had voted No to sign. It was his wish, he said, "that every member of the convention who may still have objections to it, would, with me, on this occasion doubt a little of his own infallibility, and . . . put his name to this instrument."

They did. All but three of the men present acceded to Franklin's wish and stepped up to sign the Constitution.

The stakes in 1787 were no less grave than those Americans fight about today. Then as now, disunity and polarization threatened to tear the nation apart. The difference is that those men in Philadelphia agreed to work through their ideological differences, while our ability to do so seems to diminish by the day. More than ever, we are in need of leaders like Franklin, and of lessons like the one he conveyed so effectively 233 years ago next Thursday: that we strive to be less hostile to the views of others, and learn to doubt a little of our own infallibility.