Abolishing birthright citizenship would be 'frankly ridiculous' --- and profoundly un-American 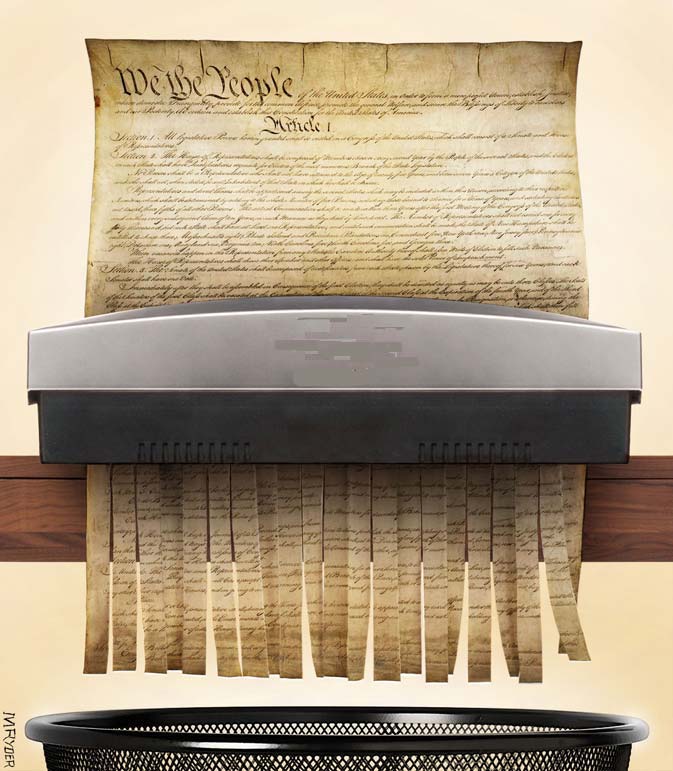 The 14th Amendment, one of the Republican Party's noblest achievements, enshrined the principle of birthright citizenship in the Constitution. Now a Republican president, calling it "frankly ridiculous," says that principle should be revoked, so that children born to immigrants who enter the country unlawfully will no longer be considered American citizens.

Donald Trump told reporters last week that his administration is "looking very, very seriously" at doing away with birthright citizenship. Over the weekend, his aide Stephen Miller echoed the point, claiming that "many legal scholars" believe that children of unauthorized immigrants are not entitled to automatic citizenship.

Actually, the great majority of scholars agree that the 14th Amendment means just what it says: Anyone born on American soil, regardless of ancestry, race, ethnicity, social standing, or parents' immigration status, is an American citizen. The relevant clause provides that "all persons born or naturalized in the United States, and subject to the jurisdiction thereof, are citizens of the United States and of the State wherein they reside." The reference to "jurisdiction" excludes children born to diplomats or to enemy troops; until 1924 it also excluded American Indians born on self-governing tribal lands. There are no other exceptions to birthright citizenship — just as the amendment's drafters intended.

A key goal of the Republican-dominated Congress that approved the amendment in 1866 was to overturn the Supreme Court's execrable Dred Scott decision, which nine years earlier had held that the Constitution denied citizenship to all black people, even those born in the United States. But the amendment's language wasn't limited to black Americans, as critics bitterly complained.

"Is the child of the Chinese immigrant in California a citizen?" demanded Senator Edgar Cowan of Pennsylvania during the congressional debate. Nativist bigotry in the late 19th century was directed not at newcomers from Central America, but at immigrants from Asia. Cowan was appalled at the prospect that America could be "overrun by a flood of immigration of the Mongol race," and that citizenship would be bestowed automatically upon the children of "another people of a different race, of different religion, of different manners, of different traditions." Graft birthright citizenship onto the Constitution, he fumed, and you might as well invite "a flood of Australians or people from Borneo, man-eaters or cannibals if you please."

Cowan voted against the 14th Amendment, but it passed by overwhelming majorities in both houses of Congress. Within six months it had been ratified by three-fourths of the states, cementing birthright citizenship in the highest law of the land.

Senator Edgar Cowan of Pennsylvania voted against the 14th Amendment, in part because he objected to birthright citizenship for children "of a different race, of different religion, of different manners, of different traditions." But the amendment passed by overwhelming (and virtually all-Republican) majorities in both houses of Congress.

Immigration restrictionists argue that the amendment's authors never intended to grant citizenship to the children of parents with no legal right to immigrate or naturalize, but the Supreme Court disposed of that objection long ago. In a dramatic 1898 case, US v. Wong Kim Ark, the court ruled that a man born in America to Chinese parents was an American citizen — notwithstanding a racist US law that barred Chinese from entering the country or becoming naturalized citizens. The Constitution trumped the Chinese Exclusion Act, the court held. "In clear words and in manifest intent," wrote Justice Horace Gray, the 14th Amendment guarantees citizenship to all "children born within the territory of the United States" — period.

Birthright citizenship is a shield against hostile public opinion and raw political power. If you are born in America, you are an American, and no president or Congress can take that distinction from you. The history of the United States is, in part, the history of a steadily widening circle of people legally accepted as full-fledged Americans — from property-owning whites to former slaves to foreign-born migrants from every corner of the globe. The 14th Amendment has been indispensable to the assimilation of immigrant families into American life. In countries where citizenship depends on bloodlines, large populations of native-born residents are excluded from full participation in national life. But no one born in the United States can be denied citizenship, no matter how disfavored their ethnicity or how unwelcome their parents.