Afghanistan and the 'forever war' myth 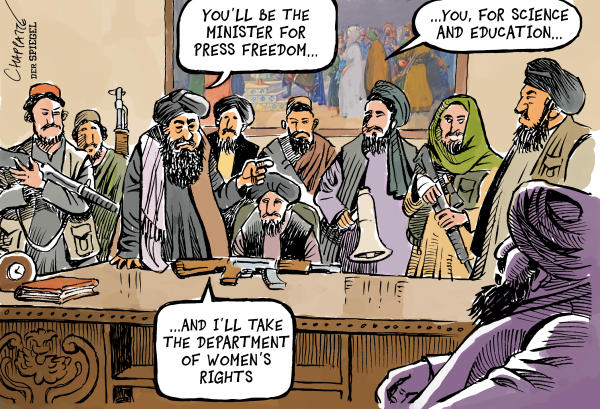 "The events we're seeing now," President Biden said last week, amid what he called the "gut-wrenching" horror of Kabul's fall, "are, sadly, proof that no amount of military force would ever deliver a stable, united, secure Afghanistan."

Five weeks ago, he said the opposite.

In July, Biden described the Afghan military as "better trained, better equipped, and more competent in terms of conducting war." He scorned the idea that the Taliban could seize the country, and denied that his military and intelligence advisers were warning that a precipitous US withdrawal would be disastrous. "The likelihood there's going to be the Taliban overrunning everything and owning the whole country is highly unlikely."

Not for the first time, Joe Biden was wrong on a key foreign policy and national security issue.

Yet despite abruptly reversing his message on the threat posed by the Taliban, he was as inflexible as ever on getting US troops out of Afghanistan. "We will end America's longest war after 20 long years of bloodshed," Biden repeated, as he had ever since launching his presidential bid two years ago.

That had been Donald Trump's position, too; at one point, Trump even signed an order ordering US forces out by Jan. 15, 2021. Until it was removed a few days ago, a page on the Republican National Committee website was still praising Trump for cutting a deal with the Taliban "to end America's longest war."

It is strange, this talking point about Afghanistan being the "longest war" or a "forever war." Yes, the United States has been involved in Afghanistan for almost 20 years, but the last time American forces suffered any combat casualties was Feb. 8, 2020, when Sgt. Javier Gutierrez and Sgt. Antonio Rodriguez were ambushed and killed. Their sacrifice was heroic and selfless. But it makes little sense to speak of a "forever war" in which there are no fatalities for a year and a half.

Nor does it make sense to apply that label to a mission involving just 2,500 troops, which was the tiny size to which the US footprint in Afghanistan had shrunk by the time Biden took office. There are more American military personnel than that assigned to the East African nation of Djibouti (3,000), to the Rota Naval Station in Spain (3,000), to the Persian Gulf monarchy of Bahrain (5,000), and to Kuwait (13,000).

In terms of battlefield risk to Americans, Afghanistan has not been a hot war zone for years. Compared to the peak US presence a decade ago, when 110,000 troops were deployed, 98 percent of America's personnel in Afghanistan have long since come home. "An endless American presence in the middle of another country's civil conflict was not acceptable," Biden insisted, but the US military presence in Afghanistan was nowhere near as "endless" as some other deployments.

American soldiers entered Germany in 1944 and 35,000 American soldiers are there today. In April, just before the White House confirmed Biden's plan to remove all troops from Afghanistan by Sept. 11, Defense Secretary Lloyd Austin announced that the huge US military presence in Germany would be expanding by another 500. Should we call that a forever war, too?

What about Korea? More than 70 years after the United States arrived in Korea to defend the South, nearly 30,000 US troops remain there on high alert, a military tripwire in one of the world's most dangerous environments. But not even Biden would walk away from the defense of South Korea's people. Why does he care so much less about Afghanistan's people?

Hoover Institution scholar Timothy Kane, an economist and former Air Force intelligence officer, decries the "lazy assumption that Afghanistan is eternally undeveloped" and that US boots on the ground have not accomplished great good. "Unlike most conquering armies," he said in an interview, "American troops provide security and investment in the local populace."

Literacy among Afghans has doubled since the Americans arrived in 2001. Infant mortality rates fell by half. Access to electricity, once denied to more than 3 in 4 Afghans, is now nearly universal. When US forces entered Afghanistan, there were just 900,000 children attending school, and all of them were boys. Earlier this year, that number had reached more than 9.5 million, and 39 percent of them were girls.

All this was being sustained in recent years, and the Taliban was being held at bay, with just a relative handful of US troops to provide intelligence, logistics, and air support. "Once American credibility had been established," observed Kane, "the marginal cost of staying the course was minimal."

The cost of throwing it away will be far, far higher.