Why I'm not going postal: The pandemic propels a wave of support for mail-in voting, but I intend to vote in person 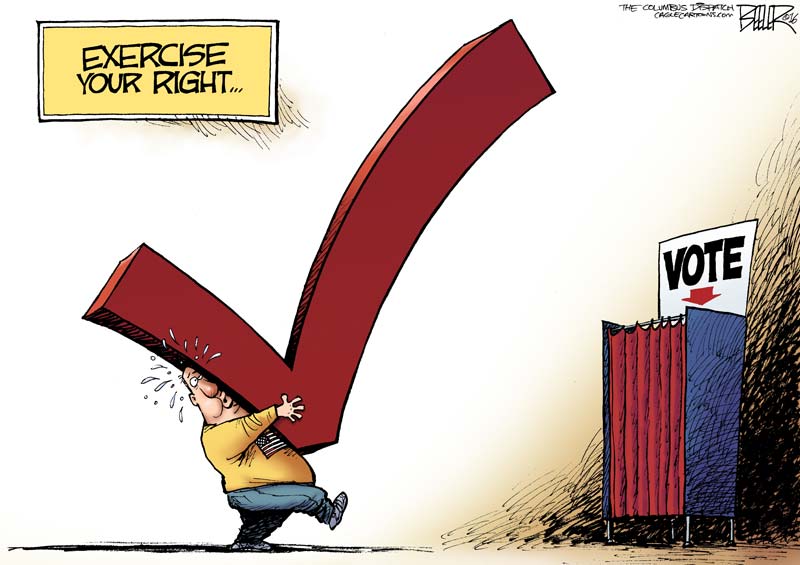 The political world has been in quite an uproar over whether the Trump administration is trying to sabotage the US Postal Service in order to undermine mail-in voting in this year's elections â€” a controversy that blew up when the president told a Fox News interviewer that he opposed a postal bailout bill because he didn't want the money to be used for "universal mail-in voting" this fall.

Yet all the tumult hasn't kept voters from surging to request mail-in ballots. From North Carolina to Ohio to Illinois to Wyoming, officials report record-breaking levels of vote-by-mail activity. In Massachusetts, Secretary of State William Galvin said Tuesday that more than 1 million residents have submitted requests to vote by mail in the state's September primary and November general election.

The coronavirus pandemic is driving a broad wave of support for mail-in voting. In the most recent Politico/Morning Consult poll, 58 percent of respondents said voters wishing to avoid in-person balloting should have a postal option; a new Harvard-CAPS Harris poll puts that support at 70 percent. Even before COVID-19 appeared, the nationwide share of ballots cast by mail had steadily increased, from 12.1 percent in 2004 to 23.6 percent in 2016. This year, according to researchers at Harvard, Northeastern, and Rutgers, fully 64 percent of Americans say they are "likely" to cast their ballots by mail.

I've never liked the idea of voting by mail, and despite 2020â€˛s unique circumstances, my view hasn't changed. I don't fault anyone who chooses to submit a ballot through the Post Office. But I intend to cast mine in person on Election Day. Here are four reasons why:

1. I don't want to risk my ballots being lost or rejected. There is little reason to doubt that the Postal Service can handle an election-related surge. Even if all 150 million registered voters in America drop their ballots into mailboxes, election mail would still amount to just a fraction of the 472 million pieces of mail the Postal Service processes daily. That said, mailed ballots, like other kinds of mail, sometimes go missing, get delivered late, aren't postmarked, or are damaged in transit.

As a result, hundreds of thousands of mail-in ballots in every election end up not being counted. For example, more than 18,500 mailed Florida ballots weren't tabulated in the presidential primary this year because they arrived after the deadline. New York City officials rejected 84,000 ballots mailed for the June primary, a large percentage of them disqualified because they were received too late. Mail-in ballots are rejected for other reasons, too. In Nevada, 6,700 primary votes didn't count because the signatures couldn't be verified. In 2016, according to the Election Assistance Commission, about 319,000 mailed ballots were rejected nationwide. The number of misplaced or voided ballots is sure to be higher this year. I don't want my vote to be among them.

2. I may wish to consider late-breaking developments. The growing popularity of early voting means that more and more voters are making their decisions with less information than those who wait until Election Day. The impact that can have was dramatically demonstrated in March, when nearly 2 million votes were cast early for the "Super Tuesday" Democratic primaries in 14 states. Thousands of those early ballots were marked for Senator Amy Klobuchar, former Mayor Pete Buttigieg, and investor-activist Tom Steyer. But those candidates dropped out just days before Super Tuesday, so any ballots marked for them were wasted. Voting early might be convenient, but it frequently guarantees that voters miss out on important news that might well have affected their choice.


3. I'm not worried about catching coronavirus from voting. For months I have been shopping in grocery stores, attending religious services, even standing in line at the Post Office â€” masked and socially distanced â€” without incurring undue danger. When I voted in a town election in June, it was clear that local officials had figured out how to make the polling place corona-safe. There were masks and hand sanitizer, plexiglass shields between voters and poll workers, and ample space between voting booths.

Overwrought news accounts notwithstanding, voters this year have not had to "choose between their health and their civic duty," as the New York Times headlined a story in April. Data from venues as different as Wisconsin and South Korea indicate pretty clearly that for most people, in-person voting poses no health hazard.

4. I like the democratic solidarity of voting on Election Day. Call me sentimental, but I cherish the communitarian spirit of voting together. Decades after I first entered a polling place, I am still moved by the civic ritual of assembling on a fixed date as equals, peacefully engaged in self-government. Elections are more meaningful when voters act collectively â€” when we leave our homes, set aside our smartphones, and join with our neighbors in a public space to help choose our leaders and make choices that will guide our government. Politics is divisive and dispiriting, but voting itself â€” in person â€” is a stirring reinforcement of the mutuality and equality that are at the core of American democracy.

As usual, I'm not happy about the choices on this year's ballot. But on Election Day I'll be at my polling place to cast that ballot, and to hope, as ever, for the best.