Love across the color line 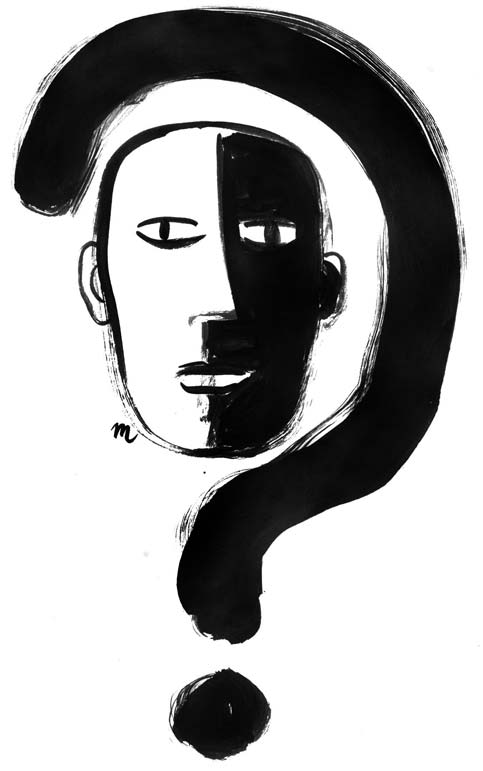 True or false: The white population of the United States decreased between 2010 and 2020.

If you saw any of the coverage this month about the release of detailed data from the 2020 census, that question may seem like a no-brainer. Nearly every news outlet played up the dwindling of America's white population as the most important finding of last year's national enumeration, and most put it right in the headline. A handful of examples:

In reality, the population of white Americans increased modestly over the past decade. According to the Census Bureau, the number of people who checked the box marked "White" on the census questionnaire grew from 231 million in 2010 to more than 235 million in 2020 — a rise of 1.9 percent.

What all those headlines were referring to was the 87 percent of white respondents — 204 million — who listed themselves only as white and nothing else. If you count just them, the "white" tally was down considerably from 10 years ago, when it totaled 223.5 million. But why would you count just them? To put it the other way around, why would you not count the 31 million people who identified themselves on the Census questionnaire as being both "White" and one or more other races?

Set those questions aside for a moment, and consider a different one: In 2010, only 7.5 million respondents checked the "White" box along with one or more others. How did that number more than quadruple in just a decade? Populations change, but rarely do they change so quickly. What happened?

The answer is twofold.

First, the population is changing, dramatically and for the better, because relationships in America doesn't stop at the color line. "Nearly three in 10 Asian, one in four Latino, and one in five Black newlyweds are married to a member of a different ethnic or racial group," scholars Richard Alba, Morris Levy, and Dowell Myers wrote in The Atlantic in June. "More than three-quarters of these unions are with a white partner. For more and more Americans, racial integration is embedded in their closest relationships."

When the Supreme Court ruled in the 1967 case of Loving v. Virginia that laws against interracial marriage were unconstitutional, only 1 in 33 newlyweds married someone from a different racial background. Today, 1 in 6 newlyweds intermarries — so many that by now, fully 10 percent of all marriages in America are between partners of different races. The wholesome disregard for color modeled by these adults naturally becomes the standard for their children.

Today, 1 in 9 American kids is growing up in a household with one white parent and one nonwhite or Hispanic parent.

"This proportion is well above the number of Asian-only children and not far below the number of Black-only infants," writes Alba, a sociologist at the City University of New York, in his recent book, The Great Demographic Illusion. A new multiracial mainstream is gradually emerging, one that is neither "majority" nor "minority" but simply American.

But — and here's the second part of the answer — the surge in our "mixed" population wasn't captured by past censuses, because earlier questionnaires didn't make a point of encouraging respondents to claim all the racial categories with which they identify.

On the 2010 questionnaire, the instructions did allow people to "mark one or more boxes," but only one check box apiece was provided for the racial categories of "White" and "Black." On the 2020 questionnaire, however, that changed. Now the instructions read: "Mark one or more boxes AND print origins." Not only was that crucial word "and" printed in all-caps, italics, and boldface, but room was provided to supply additional background information.

The invitation to self-identify as multiracial was much more explicit, and the results reflected the new emphasis. A decade ago, 9 million people identified themselves as multiracial. This time around, the number of Americans claiming more than one racial identity skyrocketed to nearly 34 million — a jump of 276 percent. But most of that seeming jump, as the Census Bureau itself acknowledged, was "largely due to improvements in the design of the . . . questions for race data collection."

Nearly every media outlet reported that America's white population had dwindled since 2010. But that isn't what the census data showed.

Which returns us to those 31 million US residents who specified that they are white and some other race(s). The reason not to exclude them from the total white population is that census data are based entirely on self-description, and they described themselves as — among other things — white. As long as we have a census system that asks people to label themselves by race, the only consistent way to report the data is to take them at their word.

For all our talk about "people of color," the term has very little objective meaning. In the 1750s, Benjamin Franklin railed against the influx of German immigrants to the colony of Pennsylvania, describing them as being of such a "swarthy complexion" that they could never hope to assimilate into mainstream America. To our minds, Franklin's racial distinction between "swarthy" Germans and white Anglos is ridiculous on its face. But what racial category isn't equally ridiculous?

The census questionnaire used to distinguish solemnly between "Negroes," "mulattoes," "quadroons," and "octoroons." In 1930, it designated "Mexican" as a separate race; then it eliminated that label in 1940. All that can be said with certainty about these and all the other racial hair-splitting with which so many Americans have been obsessed for so long is that none of them has any empirical authenticity. The same is true of the current fixation with classifying Americans into "majority" or "minority" races and assuming that one group's gain must mean another's loss.

"The view of American society as cleaved into two discrete blocs by race is too simplistic to describe the likely future of the country," writes Alba. The best evidence of that is in the soaring numbers of young people of racially mixed backgrounds. Their numbers continue to climb, as ever more of us meet, marry, and become mothers and fathers without regard to racial divisions.

Loud and influential voices — in academia, politics, and the media — keep telling us how important race is. But tens of millions of Americans, who love and are loved across the color line, know better.