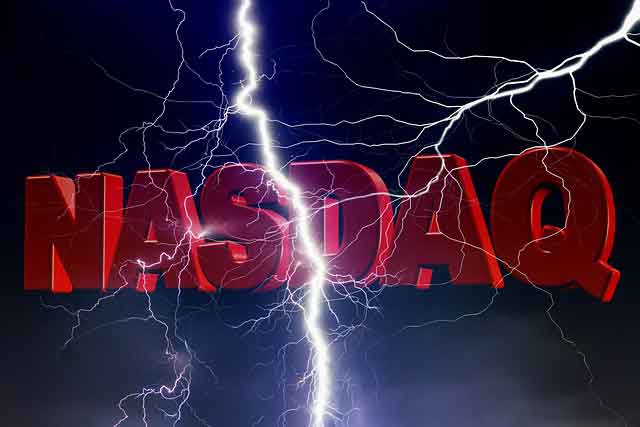 The world's second-largest stock exchange is now officially in the quota business.

The Securities and Exchange Commission this month approved Nasdaq's new rule requiring the more than 3,000 companies listed on its exchange to meet specific "diversity" mandates in the makeup of their boards of directors. Henceforth, the companies will be required to have at least "one director who self-identifies as a female" and a second who "self-identifies" as "Black or African American, Hispanic or Latinx, Asian, Native American or Alaska Native, Native Hawaiian or Pacific Islander, or . . . as any of the following: lesbian, gay, bisexual, transgender, or as a member of the queer community."

Companies that fall short of the quota will not be delisted, but are required to provide a public explanation for their failure to meet the new requirement.

Nasdaq first proposed this rule last December, in an SEC filing that contained a half-dozen references to "the social justice movement" or "the racial justice movement." The purpose of a stock exchange is to maintain an efficient marketplace for trading securities and raising capital, but Nasdaq seemed more interested in virtue signaling and identity politics.

Diversity can, of course, be a great asset in the management of a business. But in contemporary progressive theology, the only diversity that signifies is the kind that can be reduced to skin color, gender, or sexual orientation. Such fatuous thinking is popular in some venues â€” college campuses and newsrooms come to mind â€” but well-run public corporations can't afford to confuse mere racial and sexual characteristics with the talents and judgment that make good directors.

The foremost responsibilities of a corporate board are not to "look like America" or to make ideological gestures. They are to improve market performance and act in the best interest of shareholders. Is that accomplished by the kind of skin-deep diversity now being mandated by Nasdaq? Even the SEC, in the course of its 82-page order approving the new rule, acknowledges candidly that the evidence is "inconclusive."

For example, it cites one study published in the Journal of Financial Economics in 2009 that concluded that "the average effect of gender diversity on firm performance is negative" and that "mandating gender quotas for directors can reduce firm value for well-governed firms." In another study cited by the SEC, researchers examining the outcome of diversity mandates in Norway reported that quotas caused corporate performance to deteriorate and reduced shareholder wealth.

Writing recently in the Harvard Business Review, scholars from the University of Pennsylvania's Wharton School summarized what they learned from interviewing 19 directors (of both sexes) from 47 corporate boards across a variety of industries: "The research found that diversity doesn't guarantee a better performing board and firm," they concluded. "[R]ather, the culture of the board is what can affect how well diverse boards perform their duties and oversee their firms."

Nasdaq insists its new rule will ultimately benefit investors. But it "cannot cite any high-quality study showing that board diversity boosts returns, because there appears to be none," observes Harvard law professor Jesse Fried, who specializes in corporate law and securities regulation. In a recent working paper, Fried warned that Nasdaq's proposed rule is apt to "generate substantial risks for investors."

But let's suppose Fried and the other naysayers are wrong. Let's suppose Nasdaq is right, and that when corporate boards are more diverse (as measured by the new rule's race/gender/ sexuality yardstick), they really do function better and boost shareholder value.

If that were true (or if companies believed it were true), there would be no need to impose such a diversity mandate. In their quest for greater market share and higher stock prices, companies would be avidly pursuing diversity already. Indeed, Nasdaq told the SEC that a "supermajority" of its listed companies had already made "notable strides to improve gender diversity in the boardroom and . . . are diligently working to add directors with other diverse attributes." So what need was there for a new rule?

In any case, it is quite possible to be committed to greater diversity in corporate management without accepting Nasdaq's pinched definition. To a company seeking to broaden the range of viewpoints, skills, and experiences represented in its boardroom, diversity based on race or sexual orientation might seem considerably less relevant than other attributes. For example: age, military training, educational attainments, physical disability, religious or political affiliation, or the experience of having lived abroad.

The new Nasdaq mandate is demeaning. It implies that the only way to add meaningful diversity to a corporate board is to nominate directors who are not male, not white, or not heterosexual. Its planted axiom is that such individuals cannot reach the summit of corporate governance on their own merits, but must be helped to the top by mandates imposed from without.

And yet all around is the evidence that proves otherwise. Spencer Stuart, a global executive search and leadership consulting firm that closely monitors corporate management trends, reported last month that of the 456 new independent directors added to the boards of the 500 biggest US corporations over the past year, nearly three out of four (72 percent) were from "historically underrepresented groups." Of the incoming class of directors, 47 percent were Black, Asian, Hispanic, Native American, or multiracial, and 43 percent were women.

Boards of directors may not be changing as fast as some activists, advocates, and self-anointed social justice warriors might like, but only someone blinded by ideology would deny the change that has already taken place or fail to see that women and minorities of every description have been moving decisively up the corporate ladder.

They ought to be free to use their best judgment in recruiting new leaders, without having to contend with a stock exchange intent on striking a political pose.