The census is too nosy 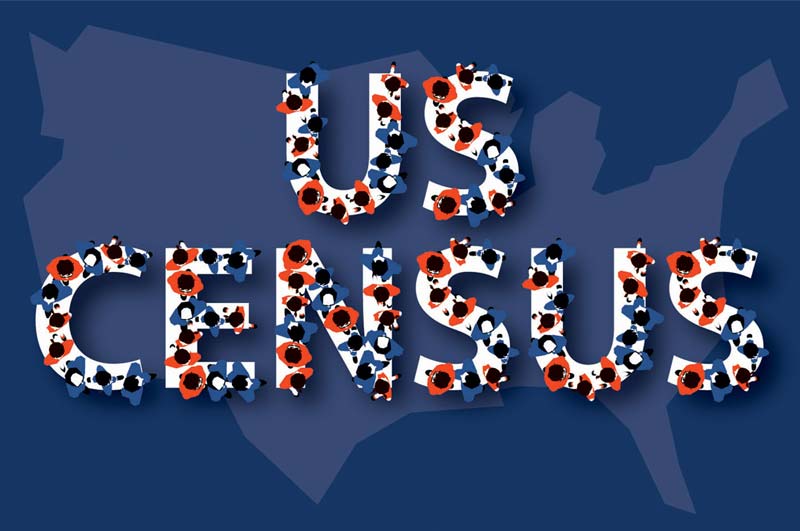 The Census Bureau will release local demographic data from the 2020 enumeration this week, to be used in redrawing voting districts before next year's elections. But the information comes with a puzzle: Why did so many Americans leave questions unanswered?

The Associated Press reports that a high proportion of people "did not respond to a multitude of questions about sex, race, Hispanic background, family relationships, and age" when filling out the 2020 questionnaire. Officials were startled to discover that, depending on the question and the state, "10 percent to 20 percent of questions were not answered in the 2020 census."

The AP calls this unwillingness to supply the requested details "a mystery," and the experts it consulted concur.

Demographer Steven Ruggles of the University of Minnesota speculated that there might be a fault with the software used to enable respondents to answer the questions online.

Others blamed the coronavirus pandemic for making it harder to reach people who didn't respond on their own to the mailed questionnaire. Both explanations seem implausible. According to Census Bureau acting director Ron Jarmin, the blank answers "spanned all . . . modes of responding — online, by paper, by phone, or face-to-face interviews."

Another theory highlights the Trump administration's attempt to add a census question about citizenship status. "The very threat that citizenship was on the questionnaire, the very notion it might have been on it, may have deterred some Latinos from filling it out," surmised Andrew Beveridge of Queens College and City University of New York. "I think a lot of us are flabbergasted by [the level of unanswered questions]. It is a very high number."

Yet perhaps the reluctance to respond has less to do with the particular circumstances of 2020, and instead reflects larger trends in American life.

One such trend is the collapse of public trust in government over the past two generations. During the Eisenhower and Kennedy administrations, about 75 percent of Americans trusted Washington to do the right thing most of the time.

That number began to sink during Lyndon Johnson's presidency in the '60s and never recovered. By the time Barack Obama was in the White House, in 2009, public trust was down to the teens or low 20s, where it has remained ever since.

With so many Americans mistrusting their government, should it really surprise anyone that many balk at answering nosy census questions?

In a society plagued by declining social capital, a fall-off in the census response rate is all too predictable.

Besides, it isn't only the census that people have been turning their backs on. Just ask anyone in the polling industry, which has been convulsed in recent years by the plunge in Americans' willingness to answer survey questions.

Unlike opinion polls, however, the decennial census is mandated by the Constitution, which requires an "actual enumeration" of the nation's population every 10 years in order to apportion seats in the House of Representatives. But that's all it requires: that we be counted.

Yet all those questions appeared on the 2020 Census questionnaire sent to every household in America. Scores of additional questions — about everything from using food stamps to commuting to work — are asked in the American Community Survey, which goes to 3.5 million American homes each year.

(By law, all Census Bureau questions must be answered, though rarely is anyone prosecuted for not doing so.)

Sign up for the daily JWR update. It's free. Just click here.
People of good will can debate whether any of this is information the federal government needs. But nothing in the Constitution says that Americans should have to answer such questions as part of the national census. There are many ways to amass detailed demographic, economic, and social data about the population of the United States. The purpose of the census, however, is not to aggregate useful statistics for policy makers. It is to count everyone who lives here. Period.

With more and more people refusing to answer (in the AP's words) a "multitude of questions about sex, race, Hispanic background, family relationships, and age," maybe the time has come for Congress and the Census Bureau to stop asking those questions. All the Constitution commands is that there be an "actual enumeration" each decade of persons living within our borders.

Come 2030, let's try it the Founders' way: Restrict the census to a simple head count, and leave it at that.