These employees eat at work. City Hall wants to punish them 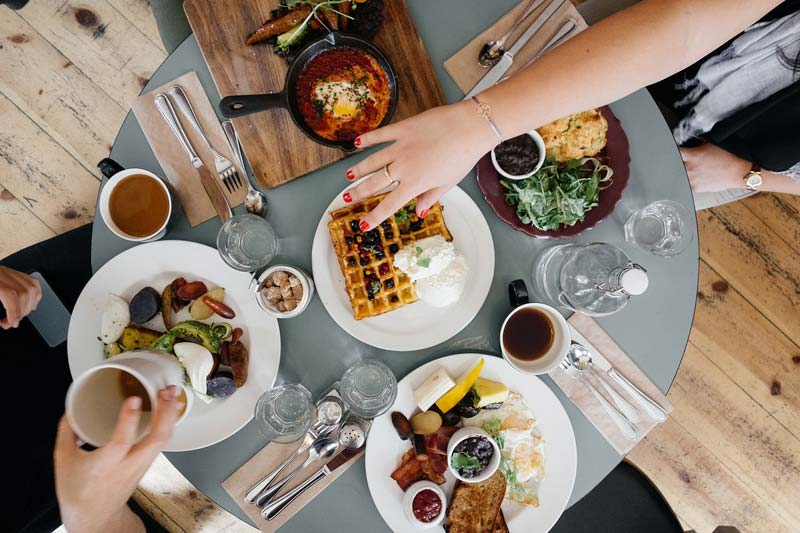 Two members of San Francisco's Board of Supervisors have come up with an idea to make their city great again: Ban company cafeterias in new commercial office buildings.

Ahsha SafaĂ­ and Aaron Peskin are proposing a change in the zoning code that would end the practice, especially popular in the tech industry, of providing free or discounted food for employees at on-site cafeterias.

Their goal: Force hungry employees to leave their workplaces and patronize nearby restaurants. Shutting down private cafeterias is an example of "forward looking legislation," Peskin told the San Francisco Examiner. "People will have to go out and eat lunch with the rest of us."

SafaĂ­ and Peskin introduced their measure at a joint press conference with the director of the local restaurant association, which is delighted by the prospect of using government coercion to direct more business to its members.

As an instance of blatant rent-seeking by private businesses trying to avoid competition, this is beyond shameless. But it's especially appalling as an example of public policy-making.

"We don't want employees biking or driving into their office, staying there all day long, and going home," SafaĂ­ declared. "This is about getting people out of their office, interacting with the community, and adding to the vibrancy of the community."


As confirmed liberals, SafaĂ­ and Peskin may take it for granted that everything is the government's business — up to and including where employees have lunch or what perks an employer is allowed to provide.

But as San Francisco residents, even SafaĂ­ and Peskin must know that if there's a fundamental problem with "the vibrancy of the community," it has little to do with cafeterias — and far more to do with the growing befoulment of the streets.

A recent article in the San Francisco Chronicle describes the "worsening underbelly" of the City by the Bay: "People injecting themselves with drugs in broad daylight, their dirty needles and other garbage strewn on the sidewalks. Tent camps. Human feces. The threatening behavior of people who appear either mentally ill or high. Petty theft."

As far back as 2015, the story noted, some of the nation's largest professional organizations had sent a letter to San Francisco's mayor, warning of the consequences of letting the city's public spaces become so gross. "The letter complained of dirty streets, threatening street behavior, and public defecation, and said that if the situation didn't improve . . . conventions will not rebook San Francisco."

But the situation hasn't improved. In 2017, according to the Associated Press, San Francisco "logged more than 24,300 requests for human-waste cleanup and 9,500 for needle pick-up." So severe has the public defecation problem become that there is even an online map to track the concentrations of human dung and help pedestrians avoid it.

"And it's not just poop," as the Hoover Institution's Erielle Davidson observes in The Federalist. "The overwhelming smell of urine on parts of Mission Street and Market Street would make your nose bleed."

Companies with offices located not far from Mission and Market streets include Uber, LinkedIn, Twitter, Dolby, and Yahoo, all of which maintain on-site cafeterias for their employees. Given the choice between eating at work or braving the "the overwhelming smell of urine" a couple blocks away, why wouldn't workers choose to have lunch at the office? And why would anyone want to take that choice away from them?

Banning things comes naturally to San Francisco's politicos, who have passed ordinances prohibiting everything from toys in Happy Meals to flavored tobacco products to plastic straws to electronic scooters. Now they're targeting company cafeterias. And all the while, San Francisco is gradually turning into an open-air cesspool.

SafaĂ­ and Peskin are right. Something does need to be done to repair "the vibrancy of the community" they work for. But boy, are they looking in the wrong place.