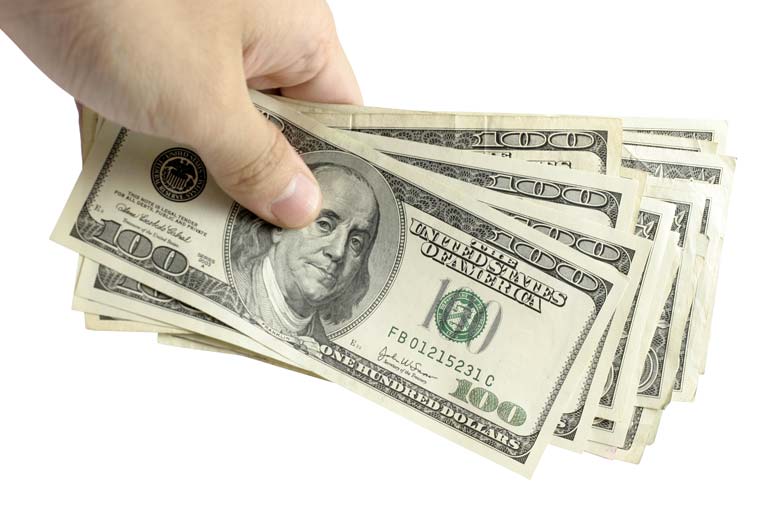 American society crossed an unhappy threshold in 2018: For the first time, fewer than half of US households donated to charity.

That dismal datum comes from Indiana University's Lilly Family School of Philanthropy, which closely monitors the giving patterns of American families. According to its latest biennial report , the share of American households that gave even as little as $25 to charity in 2018 dropped to 49.6 percent. In 2000, the comparable figure was 66 percent. The rate of charitable giving in this country has declined markedly across all racial groups and most of that decline, about two-thirds, was not caused by changes in families' income and wealth.

The information is compiled in a longitudinal survey of more than 9,000 respondents, a very large sample designed to be as representative of the national population as possible in everything from marital status and income level to residential location and employment. Participants were asked: "Did you (or anyone in your family) donate money, assets, property, or goods with a combined value of more than $25 to religious or charitable organizations?" Rates of giving have been trending downward for a while, but it is jolting to be confronted with the evidence that in America today, just over half of American families donate nothing, neither cash nor goods, to any charitable cause.

To be clear, the monetary value of American philanthropy is at or near record levels. "Charitable giving reached an all-time high in 2020 with Americans donating $471 billion," the report notes. But more and more of that giving is coming from fewer and fewer people. "Average donations by those who donate are increasing," note the Lilly School researchers. "This phenomenon, called â€˜Dollars Up, Donors Down,' is why total charitable giving in the United States has continued to increase."

Of course it is good that the total amount of dollars and cents going to philanthropy is higher than ever — the more money given, the more that can be done to feed the hungry, uplift the helpless, heal the sick, promote culture and the arts, and respond to natural disasters. But it is not at all a good thing that so many Americans are now content to leave the giving to others. A commitment to charitable works is one of the oldest traditions in American life and was always a defining aspect of our democratic character.

"What strikes me most in the United States is not the extraordinary greatness of some industrial enterprises, it is the innumerable multitude of small enterprises," marveled Alexis de Tocqueville after he journeyed through America in the 1830s. He wrote of his "daily astonishment" at the "immense works" carried out by the abundance of voluntary associations Americans formed. Charitable endeavors were established in the United States well ahead of government. Philanthropic work was being done on a voluntary basis by neighbors and in communities long before there were state agencies empowered to act in the name of the public good.

"Americans of all ages, of all conditions, of all minds, constantly unite," wrote Tocqueville in Democracy in America, the most perceptive book ever written on America and its then-young democratic institutions.

Not only do they have commercial and industrial associations . . . but . . . a thousand other kinds: religious, moral, intellectual, serious ones, useless ones, very general and very particular ones, immense and very small ones. Americans associate to celebrate holidays, establish seminaries, build inns, erect churches, distribute books, send missionaries to the Antipodes; in this way they create hospitals, prisons, schools. . . . Wherever, at the head of a new undertaking, you see in France the government, and in England a great lord, count on seeing in the United States, an association.

Charity and volunteerism make possible an infinite variety of good works, but they do more than that, Tocqueville perceived: They also make possible a healthy civil society. They develop in ordinary citizens the capacity for self-government under a democratic republic. He realized that Americans had developed a habit that Europeans had lost: the ability to join together in voluntary associations to act for the common good. In the Old World, observed Tocqueville, generations of governmental stifling — of expecting the state to be responsible for every necessity — had atrophied the social muscles that flexed so effectively and vigorously in America:

[M]any of my contemporaries . . . claim that as citizens become weaker and more incapable, the government must be made more skillful and more active, in order for society to carry out what individuals are no longer able to do. . . . But I think they are mistaken. . . . The more [government] puts itself in the place of associations, the more individuals, losing the idea of associating, will need it to come to their aid. . . .

The morals and intelligence of a democratic people would [be as endangered as] their trade and industry if the government came to take the place of associations everywhere. Sentiments and ideas are renewed, the heart grows larger and the human mind develops, only by the reciprocal action of men on each other. . . . And this is what [charitable] associations alone are able to do.

So what has happened to giving in the United States? Just two decades ago, donating to charity was a normal American activity, something two-thirds of households took part in. Now, only half of American families are prepared to reach into their own pockets to support a good cause. What explains the sharp drop?

No doubt there are multiple factors to blame — the growth of government to unprecedented dimensions, for example, or the lingering effect of the Great Recession, or the cynicism generated by an abnormally toxic political and cultural atmosphere.

But above and beyond them all, I would argue, is the disappearance of traditional religion from American life.

From 70 percent at the turn of the 21st century, the share of Americans who belong to a church, mosque, or synagogue has plummeted to 47 percent. Many have turned not just from religion, but against religion. In 2019, the Pew Research Center found that 1 in 5 US adults believed that religious organizations "do more harm than good." Among respondents younger than 30, that view was held by more than 1 in 4 (28 percent).

"This shift in attitude should worry all Americans, believers and nonbelievers alike," I commented in a 2019 column headlined "A Less Religious America Will Be A Less Generous America ." Why? Because religious faith and religious institutions, whatever might be wrong with them, are the strongest drivers of philanthropic works in US society. "If religion in this country is going down," I predicted, "charitable giving and volunteering are likely to go down, too."

It has always been the case that religious practice is the behavioral variable most strongly associated with generous giving. Numerous studies confirm that religiously affiliated households are significantly more likely to donate money and volunteer time to charitable causes.

"The capacity of religion to motivate pro-social behavior goes way beyond volunteering," I was told by Karl Zinsmeister, editor of one of the most remarkable reference books I've ever seen, The Almanac of American Philanthropy. "Religious people are more involved in community groups [and] have stronger links with their neighbors." They are more likely to adopt children, to resettle refugees, to rehabilitate prisoners , and to help the homeless. They're also concerned with helping the needy far away. Religious-affiliated humanitarian organizations, such as World Vision, the Catholic Medical Mission Board, and the American Jewish World Service, collectively distribute tens of billions of dollars annually to relieve poverty, disease, and suffering in the developing world.

All of which indicates why a decline in religious faith is ominous for reasons having nothing to do with theology.

Historically, Americans have been extraordinarily charitable. But that generosity has been disproportionately linked to faith. The more faith shrinks, the more charity — and the good works it sustains — will take a hit. In 2019, that was a worried prediction.

In 2021, it has turned into reality. Americans who give are giving more than ever. But most Americans no longer give.