Voting is a privilege that prisoners rightly forfeit 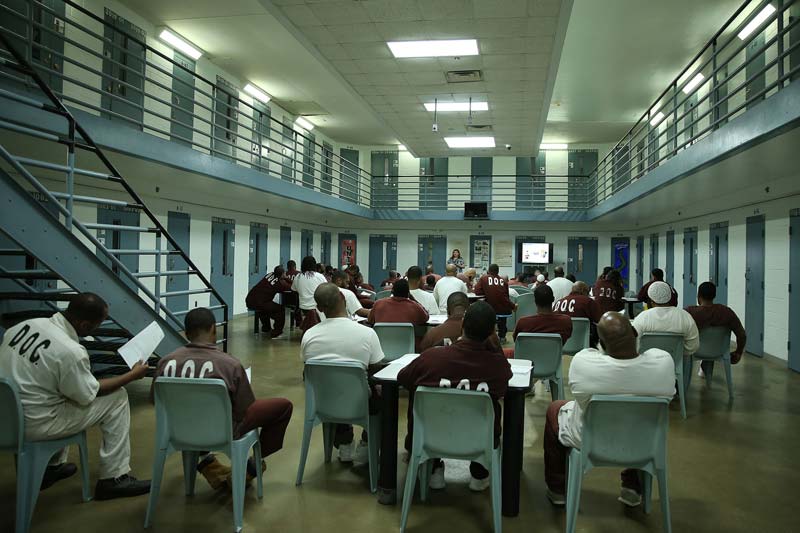 In 2013, Dzhokhar Tsarnaev murdered three people and wounded hundreds when he detonated two bombs near the finish line of the Boston Marathon. Days later, he murdered an MIT police officer.

He was prosecuted, convicted, and sentenced to death, and is now in a maximum-security federal prison in Colorado.

Last year, Senator Bernie Sanders of Vermont made waves when he declared that Tsarnaev should be allowed to vote while behind bars, since "the right to vote is inherent to our democracy . . . even for terrible people."

Few Americans agree with Sanders. Polls have shown overwhelming opposition to giving incarcerated felons the vote — majorities of Democrats, Independents, and Republicans reject the idea. There is much to criticize about the criminal justice system, and prison reform in recent years has been a genuinely bipartisan priority.

But the public is right to draw a line at letting Tsarnaev and other felons vote from their cells.

Convicted criminals are sent to prison because they are deemed unfit to live in society and play a normal role in civic life. The essence of their punishment is the loss of many basic rights.

But only law-abiding citizens get to participate in that democracy.

Granted, there are human rights that prisoners don't forfeit. Not even pitiless bombers like Tsarnaev can be subjected to cruel and unusual punishments or denied due process of law.

But the right to vote is a societal privilege, and it isn't extended to everyone. Minors are not allowed to vote, for example — it took a constitutional amendment to lower the voting age to 18. Noncitizens, even if they're legal permanent residents, may not vote either.

Under the Constitution, no adult citizen may be disenfranchised on the basis of sex or race, but that doesn't mean there aren't other, lawful, grounds for withholding the right to vote. Committing a felony is one of those grounds.

The Constitution itself says so. The 14th Amendment was adopted after the Civil War in order to secure the rights of citizenship to anyone born or naturalized in the United States. Yet Section 2 of the amendment specifies that states may restrict the right to vote "for participation in rebellion, or other crime." That reflected the longstanding practice in most states: Convicted criminals lose the right to vote.

It would be grossly unfair if they didn't. Should rapists be permitted to cancel out the votes of the people they raped? Should terrorists help choose the legislators who shape the laws against terrorism?

Sanders and others claim that disenfranchising inmates is "a way to suppress people of color," since imprisoned convicts are disproportionately Black. But criminal victims are disproportionately Black as well, and they'll be harmed the most if those who prey on them or their loved ones are given electoral power. It is to prevent such power from being abused by people with a proven record of bad judgment that 48 states bar prisoners from taking part in elections. Someone being punished for breaking laws shouldn't have a say in making laws.


Some ideologues are candid about supporting voting rights for incarcerated felons in order to turn prisoners into a voting bloc. Political scientist Corey Brettschneider argued in Politico that "the most important reason to allow prisoner voting" is to empower inmates to change the prison system.

He envisions the formation of "a prison and jail constituency, numbering roughly 2 million across 50 states," which would "make it routine for politicians to hold town halls" for prisoners. Brettschneider calls for granting inmates the right to organize political action committees and engage in campaign activities. He concedes that investing imprisoned criminals with substantial electoral clout "is not yet on the national agenda." But that's the goal.