The enduring value of the Electoral College 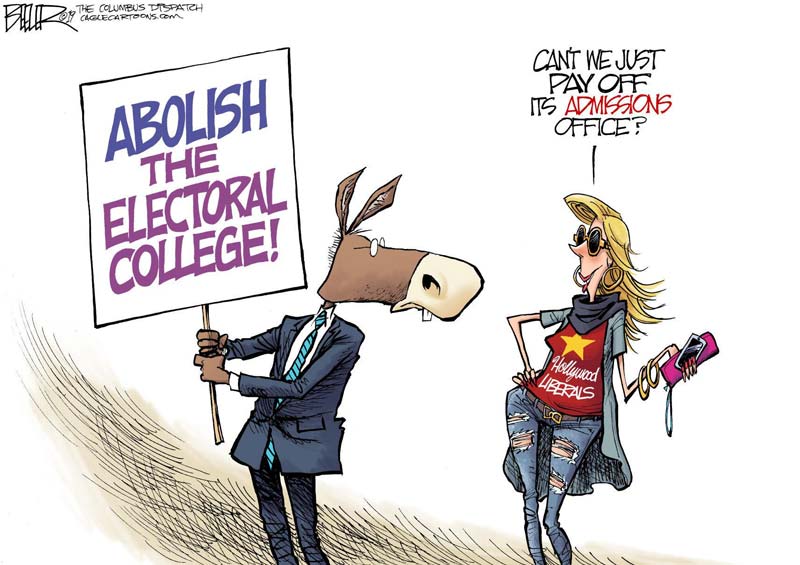 This system, wrote Justice Elena Kagan in her opinion for the court, "reflects a tradition more than two centuries old. In that practice, electors are not free agents; they are to vote for the candidate whom the state's voters have chosen."

The court's ruling repeatedly emphasizes the importance of each state's popular election result. Nothing in Kagan's opinion lends support to the notion that the national popular vote total has any constitutional significance.

In some democracies, such as France, Brazil, or Ghana, the head of state is elected directly by the people. That has never been the system in the United States. At the Constitutional Convention in 1787, the framers debated at length the question of how presidents should be chosen. In the end they rejected the idea of electing presidents in a single national plebiscite.

They settled, rather, on a federal plan — one in which Americans would come together to choose a president (and vice president), but would do so as citizens of their respective states.

That compromise reflected America's fundamental identity not as a single broad mass of people, but as a union of individual states, each with its own social, political, and cultural character. Massachusetts, Montana, and Mississippi are very different entities. The Electoral College system ensures that those differences are respected, while guaranteeing the right of all adult citizens to participate in the vote.

Like anything manmade, the Electoral College has its drawbacks, which its foes loudly bewail. But give those drawbacks a closer look, and they turn out to be fairly insubstantial.

One common objection is that the current system gives disproportionate influence to so-called battleground states: those that neither party has a lock on, such as Wisconsin and Florida. Presidential candidates focus heavily on these closely contested states, whose electoral votes are up for grabs, while giving short shrift to deep-red or deep-blue states, whose outcome is a foregone conclusion.

But under any conceivable system, some states would get more attention than others. If presidents were chosen by majority vote alone, candidates would have every incentive to concentrate only on states in which their parties were already strong and could generate the most votes, and would be likelier to ignore states where voters weren't inclined to support them. Why reach out to voters who aren't a sure thing instead of maximizing turnout in friendly territory?

To complain that the Electoral College promotes a focus on swing states is to complain that it compels presidential candidates to build coalitions — to go beyond their comfort zone and persuade voters to back them. That's not a bug, it's a feature.


Besides, swing states change. California is safely Democratic today, but from the 1950s through the 1980s it almost always supported the GOP presidential candidate. Texas has leaned Republican since the Reagan era, but for most of the 20th century it voted Democratic. Indiana and New York were once the quintessential presidential battleground states. Today, New Hampshire and Michigan are up for grabs. The Electoral College forces candidates and parties to pay attention to such shifts in voter sentiment.

As Americans were reminded in 2000 and 2016, it is possible to carry the Electoral College without winning the most popular votes nationwide. But it's virtually impossible to become president without appealing successfully to voters across many states and multiple regions. Under a national popular vote system, candidates could win the White House with the support of only a handful of states. Hillary Clinton won a popular-vote plurality in 2016, but she carried only 20 states. No candidate has ever become president while losing three-fifths of the states. Absent the Electoral College, however, that might happen frequently.

Two centuries of history have confirmed the wisdom of the Constitution's authors. The system they devised for choosing a president may be flawed. But for a nation like ours — geographically vast, ideologically divided, culturally complex — there is none better suited.