It isn't Big Brother's job to turn Americans into voters 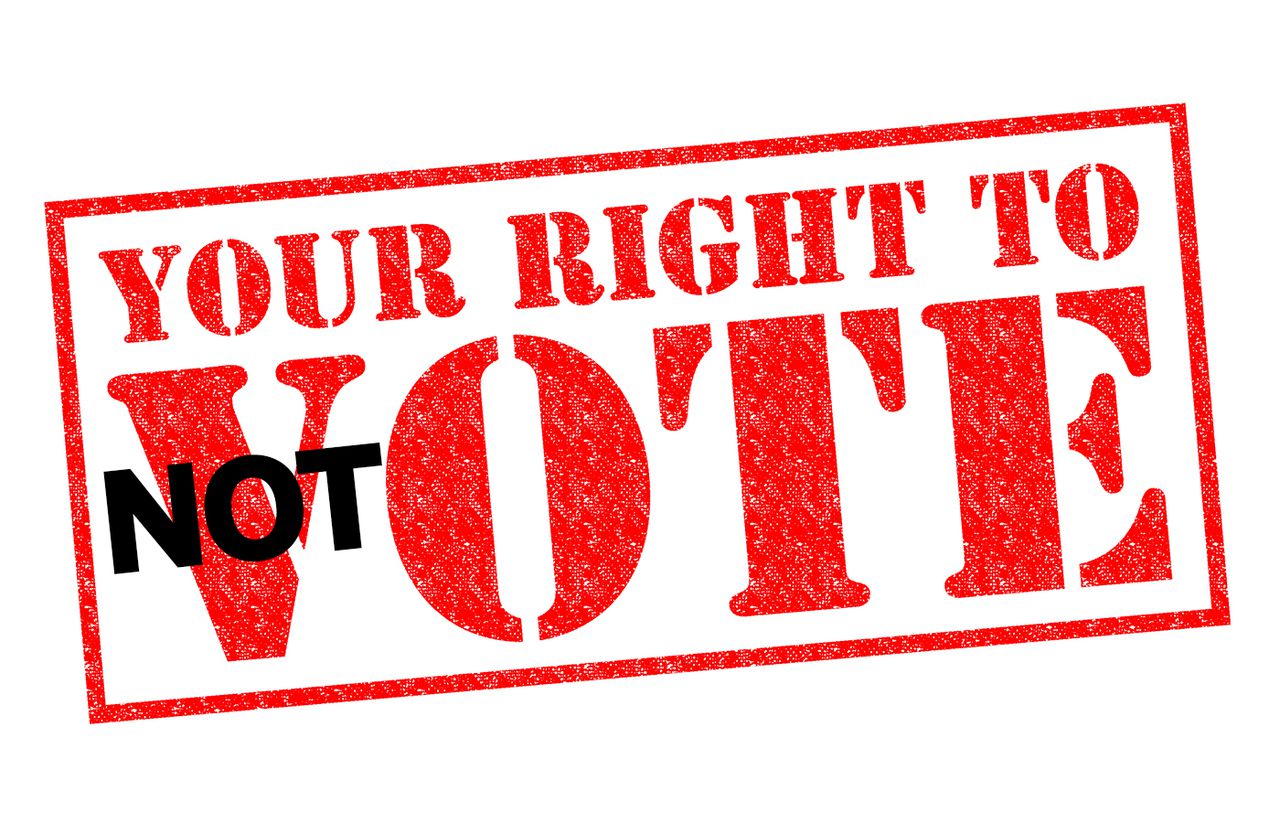 In 1993, Congress passed the National Voter Registration Act. The new law, popularly dubbed "motor voter," required states to provide an opportunity for voter registration to anyone applying for (or renewing) a driver's license. It also required states to allow citizens to register to vote by mail.

"Motor voter" was the first major step on the road to automatic voter registration, or AVR. For more than a quarter of a century, there has been a steady push, largely by Democrats, to make the process of registering to vote so effortless and routine that the only way not to be entered on the voting rolls is to formally opt out.

Today, according to the National Conference of State Legislatures , voter registration is automatic in 18 states plus the District of Columbia. Activists and lawmakers are currently working to get other states, such as Delaware and Hawaii, to join the bandwagon.

The first argument is that it's much more efficient and accurate than the traditional method of letting would-be voters register themselves by mailing in an application or filling one out at town hall. By making registration an automatic function of the Department of Motor Vehicles or other state agencies, advocates say, voters don't have to bother with paperwork and the election process isn't hampered by out-of-date information.

But is that true?


The notion that putting the government in charge of something will keep it aboveboard and error-free is disproved all the time. Journalists, nonprofit watchdogs, and public-sector inspectors general uncover fresh illustrations of government bungling and inefficiency on almost a daily basis. Is it really likely that automatic voter registration will ensure squeaky clean voter rolls that repel fraud? Hardly.

Consider California's experience. In 2018, the Golden State began automatically signing up as a voter anyone who went to the DMV to register a car or get a license. Within a year, state officials discovered that they had made at least 105,000 registration errors. "Some customers were registered with the wrong party," reported the Sacramento Bee . "Others who wished to opt out of the program were nevertheless signed up. At least one non-citizen was added to the voter rolls, and the Secretary of State's Office is continuing to investigate whether more non-citizens were included."

"It would be nice to have confidence in Pennsylvania's voter rolls," the Philadelphia Inquirer editorialized in 2018, but — because of AVR — "we can't." The paper noted that thousands of Pennsylvanians, lawful residents but not citizens, had been automatically registered as voters when they obtained a driver's license. This was not a case of fraud — many of those registered voters, in fact, voluntarily contacted elections officials to have their registrations cancelled, since they knew they were ineligible to vote. But the experience of California and Pennsylvania makes it pretty clear that automatic voter registration does not guarantee squeaky clean voter rolls: quite the opposite.

None of this came as a surprise to me. When Motor Voter was first enacted in the 1990s, I decided to test the ability of the system to screen out inappropriate voters. Taking advantage of the law's register-by-mail option, I enrolled my cat as a voter in three different states — Ohio, Illinois, and Massachusetts. The cat's registration was promptly approved in each of those jurisdictions, and absentee ballots were duly sent out to the addresses I had provided. I didn't actually cast those ballots, but I described in a column how easy it had been to game the system. Even after that column was published, the cat's name continued to appear on the voter rolls in those states for several years before finally being purged.

All this would be enough to doom automatic voter registration if efficiency and accuracy were the real motivation behind it. But the true impetus behind AVR is to make the process of becoming a voter so easy as to require, quite literally, no thought or effort. The idea is that no one should have to overcome any hurdle, however trivial, in order to register to vote. And that, in turn, is driven by the conviction — this is the second argument — that the surest evidence of a healthy democracy is high voter registration and election turnout rates, and that more people would participate in elections if only it were easier to do so.

But it is easy to do so. In the 21st century, there are no serious obstacles to becoming a registered voter and casting a ballot. Granted, there are millions of Americans who don't vote. But that isn't because the process is too difficult. It's because, by and large, they choose not to vote.

That isn't a guess: It's a conclusion backed up by evidence. After each election, the Census Bureau compiles data on nonvoters, and those data invariably confirm that only a modest fraction of Americans say they didn't vote because they had trouble registering. (In 2020, only 4.9 percent of respondents gave that reason for not taking part in the election.) Far more Americans explain candidly that they don't vote because they didn't like the candidates or issues (14.5 percent), they were too busy (13.1 percent), they simply weren't interested (17.6 percent), or they forgot (13 percent).

Participation in the political process is unquestionably a priceless benefit of American citizenship. For that reason, so is the right not to participate. Does that sound paradoxical? It shouldn't. Just as Americans' freedom of religion encompasses the freedom to shun religion, just as their right of free speech includes the right to keep silent, so, too, the privilege of becoming a voter and taking part in elections is meaningless unless we have a corresponding privilege to ignore politics and politicians and have nothing to do with the electoral process.

Voting is an American birthright, not an American duty. The government has no right to override the choice made by millions of citizens who prefer to tune out elections and steer clear of the electoral carnival. For those of us who choose to register and vote — personally, I never miss an election — our laws make the process utterly simple. But that choice must be made freely. The push for automatic voter registration diminishes our freedom by condescendingly presuming that men and women in a democracy are incapable of deciding for themselves whether to participate in democratic exercises.

Would any of us agree that Americans should be automatically signed up as members of a church, subscribers to a newspaper, or donors to a charity? Not likely. Being automatically entered on the voting rolls is no different.

Registering to vote isn't hard. But whether to do so is a decision that belongs to each citizen, not to the state. It isn't Big Brother's job to turn Americans into voters. Automatic voter registration is a bad idea that has already gone too far and should go no further.