Women don't register for the draft, and men shouldn't either 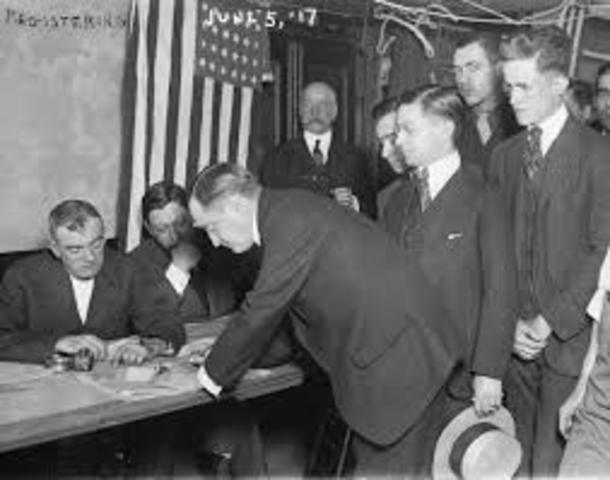 My youngest turned 18 a few weeks ago, which meant that in addition to collecting his high school diploma and starting a summer job, his to-do list this month included registering for the draft with the Selective Service System.

The United States doesn't actually have a military draft — conscription was scrapped in 1973 — but registering for it is still mandated by law. Failure to do so is a felony that can be punished, at least in theory, by a fine of up to $250,000 and five years in prison.

Granted, it has been a long time since anyone was actually indicted for not complying with that law. But more than 1 million Americans have been denied various government benefits, including student loans, a federal job, or even a driver's license, because they didn't register. So I explained to my son that filling out the short Selective Service form was not only a legal obligation but also in his best interest.

If he were my daughter, none of this would be an issue. Under the Military Selective Service Act, women are not required — or even permitted — to register for the draft. The online registration form asks individuals to specify their sex, but "Male" is already selected. Click on "Female," and the page switches to one with the heading: "Why Aren't Women Required to Register?" There it explains that the law refers specifically to "male persons" and that only Congress has the power to amend it.

In 2021, it is difficult to find an example of outright sex discrimination in federal law. The Selective Service may be the only significant one remaining. In recent decades, courts have struck down numerous laws that treat men and women differently — examples include the Virginia Military Institute's policy of only admitting males, Social Security's payment of lower benefits to a widower than to a widow, and an Oklahoma statute that set the minimum age to buy low-alcohol beer at 18 for women but 21 for men.


Yet when the Supreme Court was asked in 1981 to overturn the men-only Selective Service requirement, it declined to do so. "The purpose of registration was to prepare for a draft of combat troops," the court ruled in a 6-3 decision. "Since women are excluded from combat, Congress concluded that they would not be needed in the event of a draft, and therefore decided not to register them." That did not violate the Due Process Clause of the Fifth Amendment, the majority held, so the law could stand as written.

But in the four decades since, the ban on women in combat has gone by the wayside. All remaining gender-based restrictions on military service were lifted in 2015. "There will be no exceptions," then-Defense Secretary Ashton Carter said at the time. Women will be "allowed to drive tanks, fire mortars, and lead infantry soldiers into combat. They'll be able to serve as Army Rangers and Green Berets, Navy SEALs . . . and everything else that was previously open only to men."

Since the 1990s, hundreds of thousands of American women have deployed to the Persian Gulf, Iraq, and Afghanistan. In the past 20 years, nearly 200 US servicewomen women have died in combat and over 1,000 have been wounded in action. Perhaps the nation's best-known wounded female veteran is US Senator Tammy Duckworth of Illinois, a Blackhawk helicopter pilot who flew combat missions in Iraq and lost both her legs when she was shot down in 2004.

Given all that, the Supreme Court's 1981 rationale is plainly obsolete. Which is why the ACLU and the National Coalition for Men launched a fresh round of litigation a few years ago, arguing that the male-only draft requirement was no longer defensible and had to go.

The Supreme Court last week declined to take the case, and it's hard to fault it for doing so. The continuing exclusion of women from draft registration — or, to word it differently, the continuing imposition of that burden on men alone — may well be important as a matter of principle. But in practical terms, it makes essentially no difference.

There hasn't been a draft for half a century. The last time anyone was prosecuted for failing to register, Ronald Reagan was in the White House. And complying with the law exacts a trivial burden: It took just three minutes for my son to register online.

In short, there was no good reason for the high court to take up the case now — so it didn't. As is typical, it gave no official reason for its decision. But three justices (Sonia Sotomayor, Stephen Breyer, and Brett Kavanaugh) issued their own statement, saying that the matter was best left to Congress.

They noted that a national commission appointed by Congress recently recommended that lawmakers "eliminate male-only registration" and that it was unnecessary to depart from "the Court's longstanding deference to Congress on matters of national defense and military affairs."

The real question now isn't whether Congress should extend Selective Service registration to women or retain it for men only. It is whether anyone should still be required to sign up for the draft.

As a philosophical matter, it is far from clear how society can square the defense of individual liberty as a core value with a requirement that young people be made available for involuntary conscription. To earlier generations, it may have seemed that no better choice existed. But we know better now. For 50 years, America has been protected by an all-volunteer military — and never have its protectors been more capable, professional, and well-trained.

The United States is defended by men and women who choose to wear the uniform. Compared with draftees, they work harder, serve longer, perform better, and are more likely to regard their service as a calling, not a compulsion. Their commitment and skill are reflected in the consistent No. 1 ranking of the military as the most trusted institution in America.

The creation of the all-volunteer force has been one of the most successful policy shifts in US history. Short of some catastrophically existential threat to the homeland, mandatory conscription is never coming back. That being the case, what justification remains for making young people register?

Selective Service has outlived its usefulness. It ought to be consigned to history. Let my son's cohort be the last one required to sign up for a draft that will not be needed again. Congress shouldn't just end male-only draft registration. It should end draft registration, period.