A bigger NATO has been a better NATO 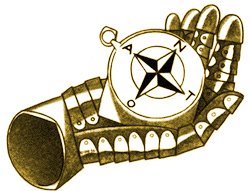 This season marks the 20th anniversary of one of the greatest feats of statesmanship since the end of the Cold War: the opening of the North Atlantic Treaty Organization to Eastern Europe and the former Soviet Union. It was in the spring of 1999 that Poland, Hungary, and the Czech Republic became the first of the nations from behind the Iron Curtain to join the Atlantic alliance. Seven more nations joined in 2004, and another three since then.

NATO today comprises 29 countries in Europe and North America. Much has gone wrong in the world over the past two decades. The enlargement of NATO is one hugely important thing that went right.

That is not the received wisdom, however. Elite academics and pundits have been denouncing the expansion of NATO ever since the idea was first broached.

Enlarging the alliance would be "a dreadful, potentially catastrophic idea," the Cato Institute's Ted Galen Carpenter warned at the time, calling it a 1990s "equivalent of the Treaty of Versailles, which sowed the seeds of revenge and an enormously destructive war." The Federation of American Scientists decried NATO expansion as "a Pandora's box" that would needlessly provoke Russia.

Foreign-affairs sage George Kennan condemned it as "a fateful error." Opposition to NATO's eastward growth has flourished on the isolationist right and the pro-Russia left. So-called "realist" scholars blame it for Vladimir Putin's aggression against Ukraine. New York Times columnist Thomas Friedman derides the expansion of NATO as "one of the dumbest things we've ever done."

But the naysayers are wrong.

NATO was founded 70 years ago in the turbulent aftermath of World War II. With the Soviet Union ruthlessly imposing totalitarian police states on half the European continent, the new allies were intent on keeping Europe's other half free and at peace. In the famous formulation of its first secretary general, NATO was created to "keep the Russians out, the Americans in, and the Germans down" — and it did. Under America's nuclear umbrella, Western Europe remained safe from Soviet violence throughout the Cold War. Just three years after its birth, NATO began to expand, admitting Greece and Turkey in 1952, West Germany in 1955, and Spain in 1982. With each new accession, the zone of European stability and democratic freedom widened, and Moscow's scope for aggressiveness was reduced.

The end of the Cold War consigned Soviet communism to the ash-heap of history, but it didn't render NATO obsolete — far from it. It was as necessary as ever to "keep the Russians out," and newly liberated Eastern European nations lobbied to join the alliance. Writing in the March issue of Foreign Affairs, historian M. E. Sarotte described how leaders of the fledgling democratic governments in Budapest, Warsaw, and Prague first began talking about NATO membership within months of the end of communist rule in 1989, and how they earnestly pressed the matter with Bill Clinton after he became president in 1993.

"In our values and spirit, we are part of Western Europe," the Czech president (and former political prisoner) Vaclav Havel told Clinton. Lech Walesa, Poland's democratic hero, put the stakes bluntly: "We are all afraid of Russia," he said. "If Russia again adopts an aggressive foreign policy, that aggression will be directed to Ukraine and Poland."

If that was true for former members of the Warsaw Pact, it was even truer for the Baltic countries. Lithuania, Latvia, and Estonia had been forcibly annexed by the Soviet Union in 1940, and desperately feared what Russia might do in the future to reassert its hegemony. When they broke free at last from the Kremlin and knocked on NATO's door, should the allies have turned them away?

Critics routinely claim that Russia was bound to feel endangered by NATO's expansion, but that turns reality on its head. NATO never threatened Russia. It was the threat of Russia's aggression that led most of its former satrapies into the arms of the alliance. Moscow may bristle, but a bigger NATO has kept it at bay. Russia has not dared to attack or invade any NATO member. Contrast that with its violent assaults on Ukraine and Georgia, which are not NATO allies.

After winning the Cold War, America might have pulled out and gone home. But just as NATO expansion continued to "keep the Russians out," it continued to "keep the Americans in," deeply invested in maintaining European peace and stability. Under US leadership, NATO provided the space for a new, post-Soviet normalcy to take hold. Within NATO's borders, peace has reigned for 70 years. Germany, once such a hateful menace, abandoned its murderous, militaristic ways. Liberal democracy has not triumphed everywhere in Europe — Hungary under Viktor Orban and, especially, Turkey under Recep Tayyip Erdogan have grown alarmingly authoritarian. But the day is long past when half the continent could be terrorized, or plunged into war, by totalitarian superpowers.

That would never have happened had it not been for NATO. Seventy years after its creation, the Atlantic alliance remains one of the towering achievements of modern statecraft, with a membership that is bigger, and therefore better, than ever.