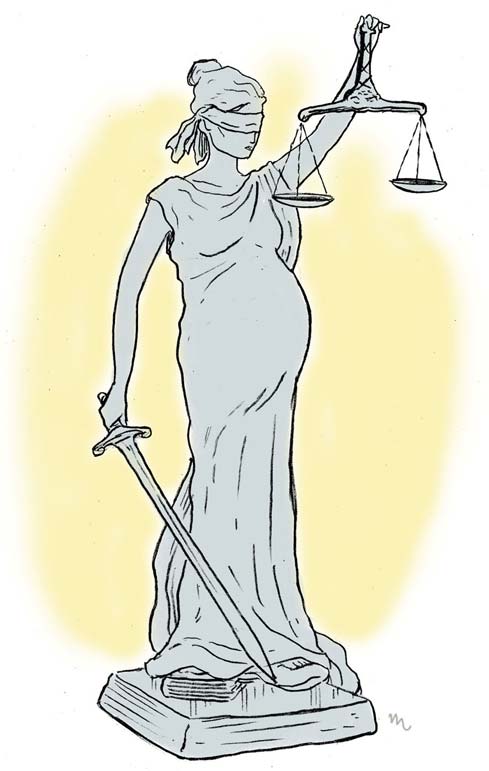 Sometime this spring, probably in late June, the US Supreme Court will hand down its decision in Dobbs v. Jackson Women's Health Organization, an appeal testing the constitutionality of Mississippi's 2018 law banning elective abortions after 15 weeks of pregnancy.

In Roe v. Wade and subsequent cases, the high court established an unfettered right to abortion until a fetus is "potentially able to live outside the mother's womb," which doesn't occur until around weeks 22 or 23 of gestation.

If Mississippi's law is upheld, viability would lose the constitutional significance with which Roe invested it.

States would no longer have to wait until a pregnancy is past the halfway mark before they could disallow abortion on demand.

Ardent supporters of abortion rights are appalled by the thought that Roe might be curtailed. They have characterized Mississippi's 15-week ban as a calamity for women's freedom and autonomy. The measure has been labeled "radical" (by House Speaker Nancy Pelosi), "not reasonable or moderate" (The New Republic), "severe, extreme, and unconstitutional" (Catholics for Choice), and "a near-total ban on abortion" (National Abortion Federation).

But most Americans don't see it that way, and neither do most other countries.

According to a new Wall Street Journal poll, nearly half of US voters — 48 percent — support a ban on abortions after 15 weeks (with exemptions to protect the health of the mother), while only 43 percent are opposed. On the other hand, when respondents were asked about a law banning abortions after six weeks, just 42 percent were in favor, while 50 percent were opposed.

The Journal's findings are roughly in keeping with what years of survey data have consistently shown: On the whole, Americans want abortion to be legal early in pregnancy or when there is a medical emergency, but they are against an unlimited right to abortion once a fetus is further along.

Contrary to what many abortion rights advocates may believe, an abortion limit of 15 weeks does not amount to a "near-total ban." Indeed, it would not affect most abortions. The overwhelming majority of abortions in the United States — 93 percent, by the estimate of the Centers for Disease Control and Prevention — are performed within the first 13 weeks of pregnancy.

If the high court sustains Mississippi's law, it may put a dent in the extremely permissive abortion regime that Roe authorized, but it won't make abortion in America rare or illegal.

It would, however, make America less of an outlier among its international peers.

The United States is one of only seven nations that permit elective abortion past 20 weeks of gestation until fetal viability. As Chief Justice John Roberts remarked during the Dobbs oral argument in December, "we share that standard with the People's Republic of China and North Korea." (The other four are Canada, Singapore, the Netherlands, and Vietnam).

Of the 198 countries whose abortion laws were analyzed in a 2014 study by the Lozier Institute and a 2017 report by the Guttmacher Institute, roughly two-thirds allow abortion for specified grounds. These vary widely, from the very restrictive — for example, in cases of rape or incest — to the broadly permissive, such as mental well-being or socioeconomic concerns.

The remaining countries, about 60 in number, permit abortion for any reason, but only for a specified gestational period, which in most cases is 12 weeks.

Among the nations of Europe, 13 countries prohibit abortion on demand entirely and allow a pregnancy to be terminated only in "exceptional cases," according to the European Centre for Law and Justice, which filed a friend-of-the-court brief in the Dobbs case.

Of the remaining 34 countries where abortion can be accessed without having to give a reason, "eight states permit it only through the first 10 weeks of pregnancy, Estonia through 11 weeks, and a further 20 states through 12 weeks."

In short, the abortion laws of nearly every European country impose stricter gestational limits than the 15-week standard of the Mississippi law.

Obviously, the constitutionality of Mississippi's statute does not depend on the findings of opinion polls here at home or on how abortion is regulated abroad. But surely it is appropriate to note that Roe has made it impossible to enact gestational limits that reflect what the mainstream of Americans appear to support and that line up with what most of the Western world considers appropriate.

A win for Mississippi wouldn't mean that the United States has lurched to an outlandish extreme in how it regulates abortion. It would mean that it no longer does so. =