Not a 'coup': When democracy actually works 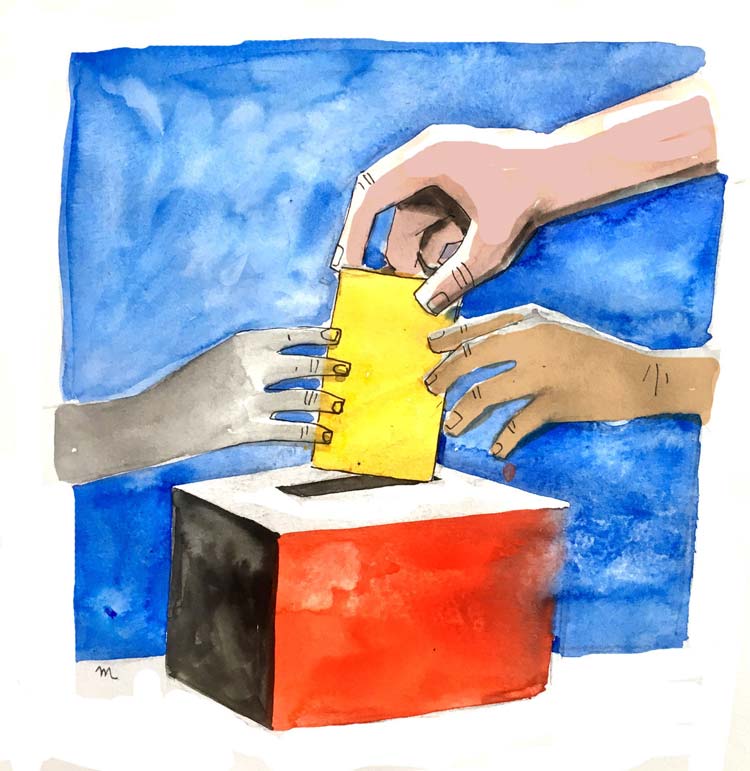 California's secretary of state made it official: The drive to recall Governor Gavin Newsom from office has qualified for the ballot. For only the second time in history, voters in the nation's largest state will decide in a special election whether to give their governor the boot before his term is up and replace him with someone else.

To trigger a recall vote, Newsom's opponents had to gather at least 1,495,709 valid voter signatures — the equivalent of 12 percent of all ballots cast in the last gubernatorial election. They surpassed that threshold easily, submitting well over 1.6 million, with additional signatures still waiting to be verified and tallied.

Recalls are frequently attempted in California, and they nearly always fail. Since 1911, when an amendment to California's constitution established the right to recall elected officials, there have been 179 attempts to do so. Until now, only 10 of them made it to the ballot, and only six ultimately succeeded. Five of the six were state lawmakers; the other was Governor Gray Davis, a Democrat who was ousted in 2003 and replaced with Republican Arnold Schwarzenegger.

The petition to recall Newsom was originally launched in February 2020 and at first appeared to be going nowhere. But that changed as Newsom's COVID-19 restrictions grew draconian and millions of Californians found themselves living under the nation's harshest lockdown. The governor's approval rating, once high, began to skid as schools closed, joblessness soared, and hospitals were overwhelmed. Many residents were angered by inconsistent rules that (for instance) barred church worship services but deemed liquor stores essential.

The turning point came in November. Newsom had been insisting that Californians stay at home, limit gatherings, and wear masks religiously — even "between bites" while eating with others. Then he was spotted, maskless, dining at a posh Napa Valley restaurant with a large group of lobbyists. Newsom's hypocrisy infuriated voters and turbocharged the recall campaign.

Within a month, the number of signatures on recall petitions had exploded from 55,500 to nearly 500,000.

In most states, Newsom's job would be safe until the next gubernatorial election. New York Governor Andrew Cuomo is embroiled in controversy for suppressing the number of nursing home residents killed by COVID-19 and for allegedly harassing numerous women. Many New York voters would vote to recall Cuomo if they could. But unlike citizens in California and 18 other states, New Yorkers don't have that power. (Neither do residents of Massachusetts.)

Like the ability to pass or repeal laws via the ballot box — initiative and referendum — the recall is one of the mechanisms of direct democracy that were adopted in many states during the Progressive Era of the late 19th and early 20th centuries.

In California, the campaign to add them to the state constitution was spearheaded by Governor Hiram Johnson, who wanted to blunt the political power of California's corrupt railroad monopolies. In an impassioned inaugural address, he hailed the initiative, referendum, and recall as the best ways to "give to the electorate the power of action when desired, and . . . place in the hands of the people the means by which they may protect themselves."

But to California Democrats and other progressives in 2021, the grassroots movement to recall Newsom isn't an admirable exercise in democracy but an attack on democracy.

"This recall effort," fumed the state's Democratic Party chairman, Rusty Hicks, at a news conference in January, "ought to be called the California coup." He was joined by Fresno City Councilor Nelson Esparza, who labeled the recall effort "treasonous," and by San Diego Mayor Todd Gloria, who professed to see "a straight line" from the Trump mob that attacked the US Capitol on Jan. 6 to the multitude of voters signing the petition against Newsom.

In an editorial last month, the Los Angeles Times denounced the recall effort as an "undemocratic process to unseat a sitting governor." On Monday it weighed in again, seething that "at least 1.5 million California voters signed up for . . . an attempt by a right-wing minority to overturn the will of the majority" and blasting the recall as a "calamity," a "miscarriage," and a "hijacking."

Random Lengths, a progressive California news magazine, warned that while the recall targets Newsom, "democracy itself is what's really under attack." That's Senator Bernie Sanders's line, too. "Extremist Republicans have done enough to undermine democracy already," he tweeted. "We must all unite to oppose the recall in California."

There are perfectly sound arguments against recalling Newsom, and in a deep blue state like California, those arguments are sure of a receptive audience. Why resort instead to meritless calumnies against the state's recall procedure? Why should more than 1.6 million Californians be vilified for making use of a provision that has been in their constitution for 110 years? Democrats howling that a recall is "undemocratic" or "treasonous" are as overwrought and illogical as Republicans who yelped about a "coup d'etat" when President Trump was impeached.

Far from an antidemocratic outrage, the ability to recall an official who has lost the people's trust is a jewel in the crown of California's democracy. Californians are fortunate to have a means of restraining politicians who have grown abusive or arrogant.

Newsom continues to get high marks from many voters. The campaign to recall him may fail. But regardless of the outcome, self-government in the Golden State will have been strengthened. A decision has to be made about California's leadership, and California's people are the ones who will make it. How can any self-respecting democrat, of any party or persuasion, find fault with that?