Keep politicians' names off relief checks. And everything else 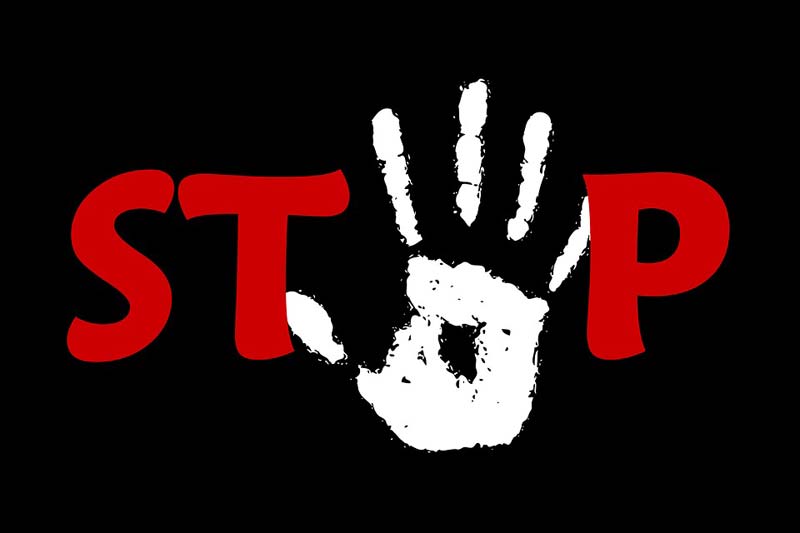 Millions of Americans had to wait longer than they should have for their $1,200 coronavirus stimulus checks to arrive in the mail because of the president's prodigious vanity.

It was widely reported this month that the Internal Revenue Service, which is disbursing the payments, was ordered by the Treasury Department to print President Trump's name on the 70 million paper checks to be sent out. That directive originated in a proposal from Trump to Treasury Secretary Steven Mnuchin that the president be the one to sign the checks.

But that wasn't an option: IRS checks are always signed by a nonpolitical civil servant from the Bureau of the Fiscal Service. So it was decided instead to add Trump's name to the memo line, below the words "Economic Impact Payment."

A Treasury spokesman insisted the checks would go out "on time and exactly as planned," but senior IRS officials said the change would likely delay the mailing of the first round of checks. Chad Hooper, an IRS quality-control supervisor who heads the agency's Professional Managers Association, called it "an abuse of government resources." I'd call it callous and tone-deaf.

When 30 million Americans have lost their jobs and there are miles-long lines at food banks, there is no excuse for delaying relief authorized by Congress, even for a few days, just to inflate a politician's self-esteem.

Trump was roundly criticized for exploiting the payments to promote his own name, but at least one progressive thinks the critique is overblown. Writing at The Week, Jeff Spross argued that the president was guilty only of "engaging in good politics," and that "his opponents would do well to emulate and learn from him."

But this isn't good politics, it's bad narcissism. And it's only the latest example of an obnoxious practice that didn't start with Trump.

Is there a political angle to putting Trump's name on millions of checks going to potential voters in an election year? Sure. But branding those checks has at least as much to do with ego than with cultivating support for November. In the months ahead, Trump will repeatedly claim credit for the trillions of dollars sent to assist individuals and companies during the crisis. So will Democrats, and with equal legitimacy. After all, the relief package was very much a bipartisan creation.

I remarked in a column once that you can't turn a corner in Boston "without coming across a building or bridge or park or roadway named for a politician or a politician's relatives."

There's the Fitzgerald Expressway and the McCormack federal building, the Rose Kennedy Greenway and the Saltonstall state office building, the Tobin Bridge and the Hynes Convention Center. Some politicians leave a slew of such "monuments to me" in their wake. A swanky federal courthouse in Boston bears the name of former US Representative Joseph Moakley. So does Moakley park in Dorchester, the Moakley academic center in Bridgewater, and the Moakley building at Boston Medical Center. There's even an Evelyn Moakley bridge, named for the late congressman's wife.

One thing I liked about Mitt Romney was that he was free of this addiction to self-idolatry. Shortly after becoming governor, he ended the practice of painting the governor's name on highway signs welcoming drivers to Massachusetts. But all hell broke loose when he proposed in 2003 that the new I-93 tunnel created by the Big Dig be known as the Liberty Tunnel instead of being named for a politician.

The state's pooh-bahs wouldn't hear of it: They insisted that the new roadway be christened the Thomas P. "Tip" O'Neill Jr. Tunnel, for the eternal glory of the Bay State congressman who became speaker of the House.

From Air Force bases to Navy submarines, from college grants to retirement accounts, from airports to parks to bridges to schools, the fetish for slapping politicians' names on things they didn't create or pay for is a national pestilence. It's an obsession that crosses party lines and political ideologies.

It is often observed that Trump has shattered longstanding norms of presidential behavior and rhetoric. In this case, however, he merely took a longstanding kind of legal jobbery to an even more disgraceful low. Trump made a fortune in the private sector by putting his name on things. Perhaps it was inevitable that he would find a way to do so in the public sector that no one had previously thought of.

Senate Minority Leader Chuck Schumer announced that when the Senate reconvenes, he will introduce a bill to prevent the White House from using stimulus checks to publicize Trump's name. According to The Hill, what Schumer calls the No PR Act "would prohibit taxpayer money from being used for any â€˜promotional activity,' including Trump or Vice President Pence's name, likeness, or signature."

That would make a good start. But Schumer should go further. Congress ought to enact an outright ban on putting the name of any living political official on any structure, entity, or program financed with public dollars.

The No PR Act should apply to everyone from the president on down: No officeholders' names may be plastered during their lifetimes on anything taxpayers have paid for.

Outsize egos may be unavoidable wherever there are politicians. But the rest of us shouldn't have to supply monuments for the veneration of those egos.